The biggest YouTube star in the world has reportedly had his videos scrubbed from the internet in China.

The Swedish YouTuber, Felix Kjellberg, also known as PewDiePie, has a massive YouTube following of over 101 million subscribers. Kjellberg gained his popularity by posting videos of himself making funny comments as he played video games, but he has expanded his repertoire to include different kinds of videos including his popular “Meme Review” videos where he rates the quality of memes, as well as other types of videos. He’s posted one on the value of reading, and even posted book reviews which included classic dystopian novels like Brave New World and Fahrenheit 451, as well as Jordan Peterson’s 12 Rules For Life: An Antidote To Chaos.

Polygon, a gaming news site, is reporting that Kjellberg has been blacklisted in China after laughing at jokes referring to the Hong Kong protests and memes comparing Chinese President Xi Jinping to Winnie the Pooh.

Kjellberg’s recent Meme Review video is the one that got him banned. This particular video had memes relating to Fortnite, the Joker movie, and the protests in Hong Kong.

“China is like that one person on Twitter that can’t take any criticism and just blocks everyone,” said Kjellberg in the video. He also jokingly referred to China as a “dumb b*tch.” The problem may have been when, as he reviewed the memes, he said that the resemblance between Winnie the Pooh and President Xi Jinping was “uncanny.”

Before he reviewed the memes, Kjellberg explained the situation in Hong Kong (sort of) as well as Chinese censorship and the pressure that they exert on companies to censor on their behalf. He discussed the situation where Blizzard Entertainment, a video game company, banned a player from its Hearthstone game as well as stripping him of his prize money after he expressed his support for the pro-democracy protests in Hong Kong. Kjellberg spoke about the current hullaballoo with the NBA and the stance that South Park creators, Trey Parker and Matt Stone took in response to China’s disdain for freedom of speech.

PewDiePie fans in China confirmed that his new videos were no longer available in China, but it may be possible to find his old ones.

#pewdiepie #reddit Felix, you are indeed banned in China. You know, you have about 600000 fans in China. I am one of them. Most of them are reproduced through Chinese video websites, not directly following your YouTube channel. When we heard that you were banned, we were very sad pic.twitter.com/nlG0PlWjv3

PewDiePie posted a follow-up video with screenshots of what it looks like if you look up PewDiePie in China. 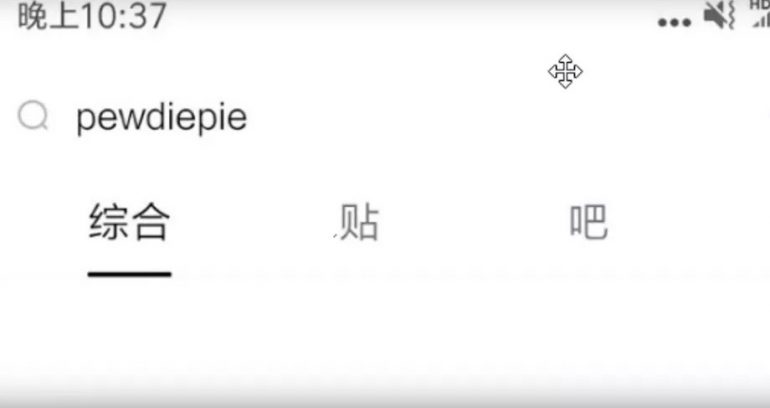 “I’m laughing but, yeah, I’m sorry if you are in China and trying to watch my videos… That kinda sucks,” Kjellberg joked in the new video. He said that he wasn’t really surprised considering the extent of the censorship in China.

He also had a laugh on Twitter about the situation, but he also took the opportunity to recommend a VPN service to “keep the internet open and free of ban regulations.” This would presumably allow his Chinese followers to bypass the “Great Firewall of China” and access his videos once again.

Well now is a good time as ever to promote https://t.co/bboVTwm1y8 ?keep the internet open and free from ban regulatios ?. Use code pewdiepie for a free month. #ad