When Project Veritas released the video about ABC sitting on an explosive Epstein story for literally years, it raised some real concerns.

One of those concerns was the obvious one about ABC showing more interest in working together with other networks to punish a whistleblower exposing THEM than they were exposing actual wrongdoing.

Not a good look.

Another concern is their willingness to look the other way when certain well-connected people might be negatively impacted by a news story. The fact that Stephanopolous had been a former Clinton staffer is hard to ignore in ABC’s decision to spike a story that could implicate Bill Clinton and the British Royal family in a scandal involving Epstein and sex with underage girls.

Certainly not during an election cycle in which Hillary was running.

Ok, they claimed they didn’t have enough to run a story on. It seems unlikely, what with witnesses and corroborating evidence and all, but suppose we accepted that as true.

What did they do with credible evidence they had gathered that implicated a serial child abuser?

Did they report their findings to authorities, or did they leave the billionaire child molester go free to victimize other young girls?

MK EXCLUSIVE: House Min. Leader Kevin McCarthy accuses ABC of endangering minors by spiking Epstein story in 2015: “ABC News’ enabling of Mr. Epstein [raises]…the possibility that any number of minors could have been spared from human trafficking over the past three years.” 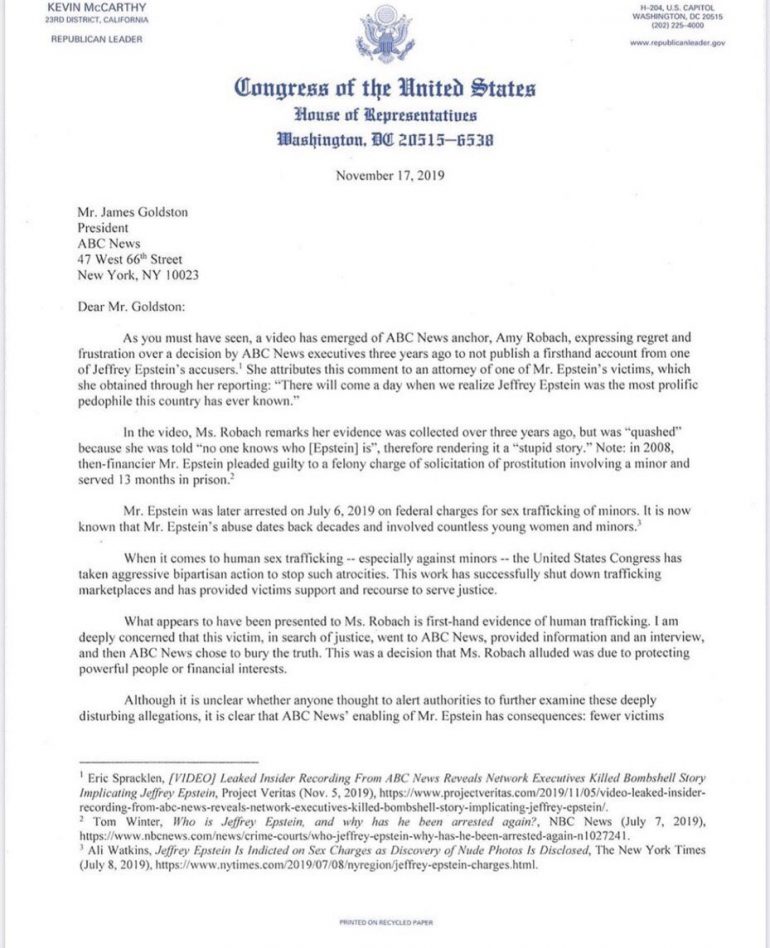 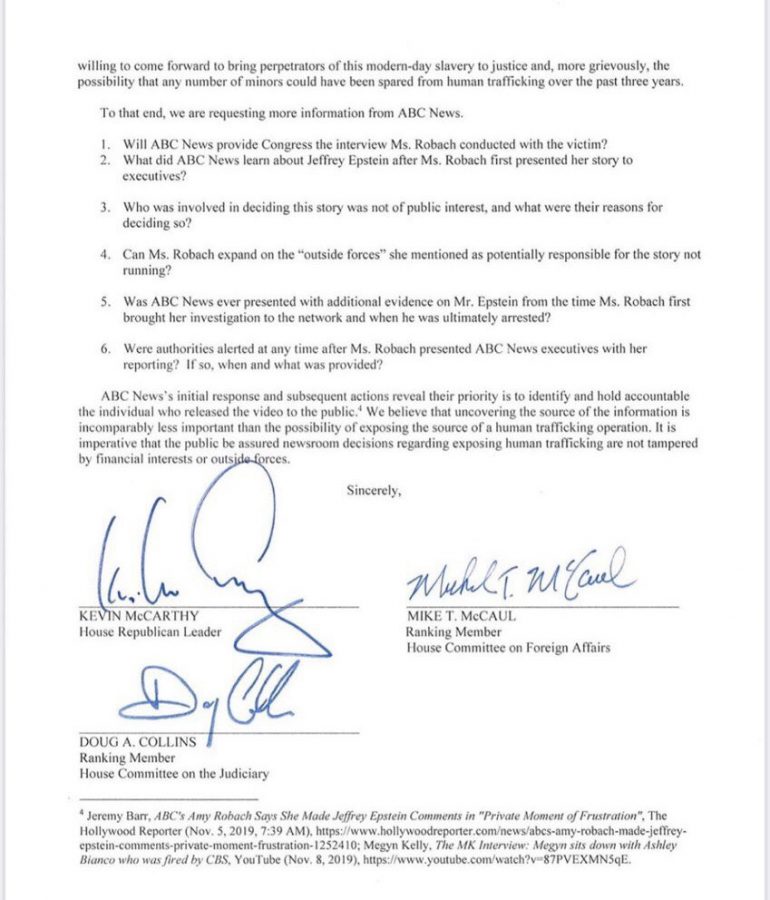 Breaking News: My interview with @GOPLeader Kevin McCarthy, who is demanding answers of ABC, here: https://t.co/2KqRz76qkn via @YouTube

While Pelosi and Schiff tilt at impeachment windmills, Kevin McCarthy is asking some relevant questions that actually aims to serve the public good.

And other related stories…

‘It Stayed In The System’ — Was The Wrong Employee Fired For Leaking Robach’s ‘Hot Mic’ Epstein Rant?