‘Newsweak’ lived up to their nickname when they got busted mocking Trump’s Thanksgiving plans. They’ve now fired the reporter, but the reporter is NOT the problem.

It’s a case of too little, too late in trying to save face after getting caught with their pants down.

Newsweek ran a derisive story about how Trump was spending his Thanksgiving golfing and tweeting. As it happens, he was giving the media an elaborate head-fake so that he could slip away to celebrate Thanksgiving unannounced in a warzone.

Here’s what we had to say about it: Newsweek Pulls Their Tweet Mocking Trump’s Thanksgiving Plans Once They Realize Where He REALLY Was

The President himself mocked them for it in front of his 67 MILLION Twitter followers.

I thought Newsweek was out of business? https://t.co/3ro4eSJloo

Now, we’re hearing that the reporter who gave us the story has been given walking papers.

The Newsweek reporter who wrote an inaccurate story about President Trump’s Thanksgiving Day plans has been fired. The outlet’s original story claimed the president only planned on tweeting and golfing during his holiday break, neglecting to mention his trip to Afghanistan.

Newsweek’s Jessica Kwong, whose Twitter handle identifies her as a political reporter “covering Trump administration and family,” initially published the article Thursday morning, before the president’s trip to Afghanistan was announced publicly. The story’s initial headline was, “How is Trump spending Thanksgiving? Tweeting, golfing and more.”

“Newsweek investigated the failures that led to the publication of the inaccurate report that President Trump spent Thanksgiving tweeting and golfing rather than visiting troops in Afghanistan,” a Newsweek representative told the Washington Examiner. “The story has been corrected, and the journalist responsible has been terminated. We will continue to review our processes and, if required, take further action.”

Hours after the president’s trip was announced, Newsweek edited Kwong’s story and added a note at the bottom of it. The beginning of the story now focuses on the president’s trip and his speech to the troops, while the new headline reads, “How is Trump spending Thanksgiving? Tweeting, golfing — and surprising U.S. troops in Afghanistan.”
Source: Washington Examiner

The problem isn’t one reporter. The rot goes far deeper than that. Just like in other media outlets, it’s a problem of their corporate culture.

Headlines, for example, are generally an editor’s responsibility, not the writer’s. And the headline in that story was at least as hostile to Trump as the content. That’s no accident.

That reporter may have even been given an assignment to write a hit piece about how his Thanksgiving plans.

Newsweak’s problem goes WAY deeper than that, and we can prove it. Here’s the ass-kissing they lavished on Obama: 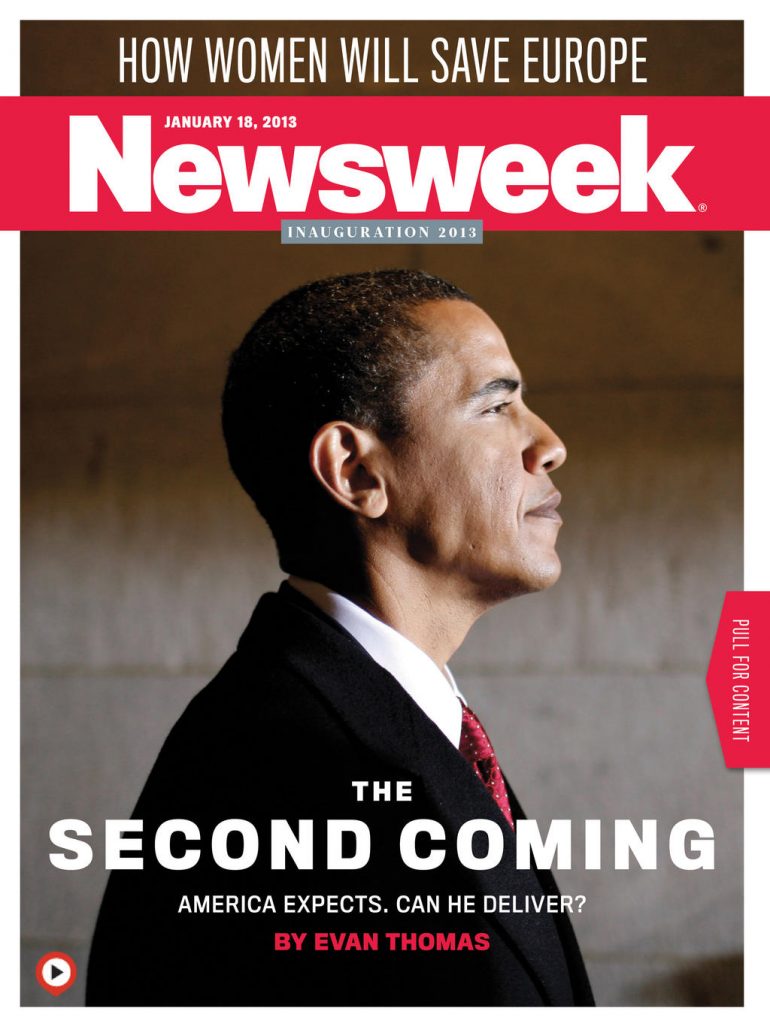 Compare that to what they’ve done with Trump’s covers, and this is just a sampling: 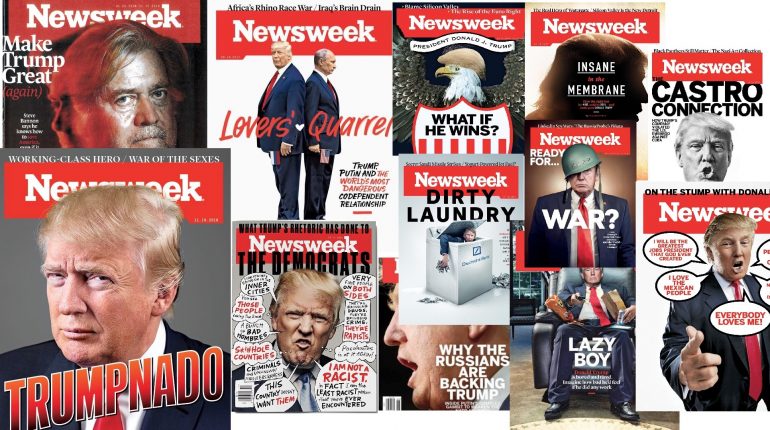 Does this REALLY look like one rogue journalist screwed up and tried to kneecap the President?

Or is there an expectation that all the employees covering anything even that could be even tangentially Trump-connected are supposed to spew the same Anti-Trump bile that is reflected on their covers?

Who knows? That reporter might even have a plausible case for wrongful dismissal.