Joe thinks that the new slogan is the bee’s knees, so he had it painted on his campaign bus.

Cue the “OK Boomer” comments from anyone younger than Biden.

Seriously, how old are his campaign advisors — 136?!

Joe admits that he got the inspiration for his “No Malarkey” tour from his Irish grandfather, which makes it more likely that it’s Ambrose Finnegan who used the phrase.

Joe Biden: "Folks, I'm on what we're referring here as I guess it's my Irish ancestry, when my grandfather would really think something is full of you know what, he'd say 'that's a lot of malarkey.' So we're on a No Malarkey tour, meaning we're telling the truth." pic.twitter.com/lEgvAfFr7s

“Back in my day, campaign slogans used to actually mean something, dagnabbit!”

Way to nab that youth vote, Joe. Nothing says “I’m not decrepit” like the word “malarkey.”

Fired up and ready to go for the #NoMalarkey barnstorm! pic.twitter.com/4lpU7waqzh 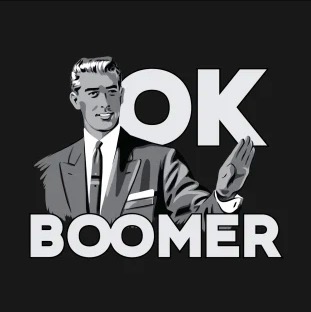 Since he launched his campaign, Sleepy Joe has been slurring his way through the nomination contest with some nonsensical blather about pomade, Esther Williams, record players, and haberdashers while not knowing the difference between visiting a website and a number to which one would send a text message.

Sleepy Joe has always been a gaffe machine, but his memory seems to actually be failing.

And in the new “woke” era, he’s got some views on race that some to his left are calling “problematic.”

In other news, Joe has moved from sniffing to nibbling…

YOU CAN'T MAKE THIS UP.

Joe Biden just NIBBLED on his wife's finger at a campaign stop in Iowa. pic.twitter.com/PcCqTMPJez

Ok, so that was just a playful moment with his wife after she nearly smacked him in the face.

But even that would make a better campaign slogan. 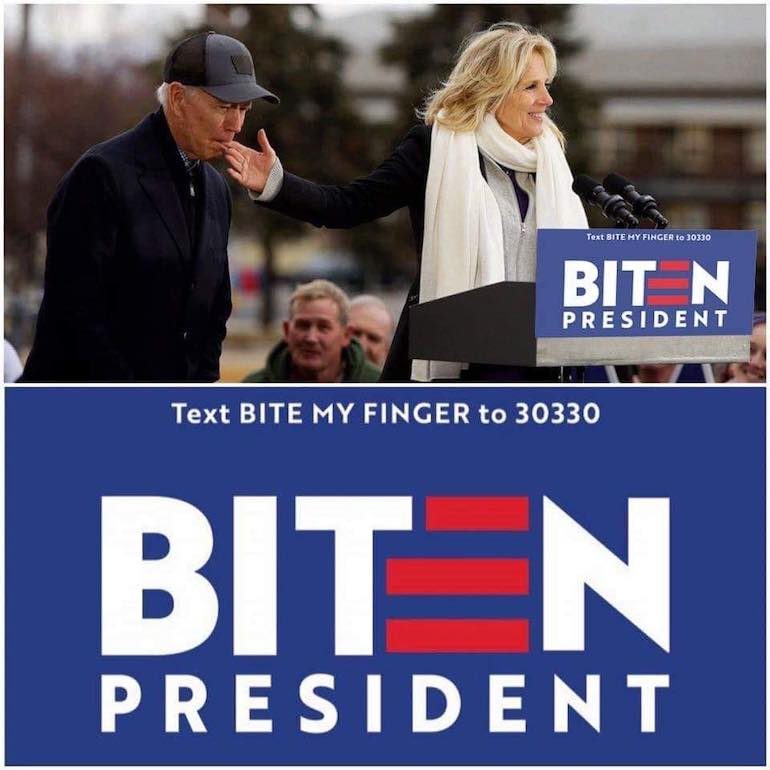 See? That would be epic. He’d clinch both the vampire and the Goth voting blocks and let’s be honest — they’ve been ignored for far too long.

And just think of the wardrobe! He’d have to find a good haberdasher. 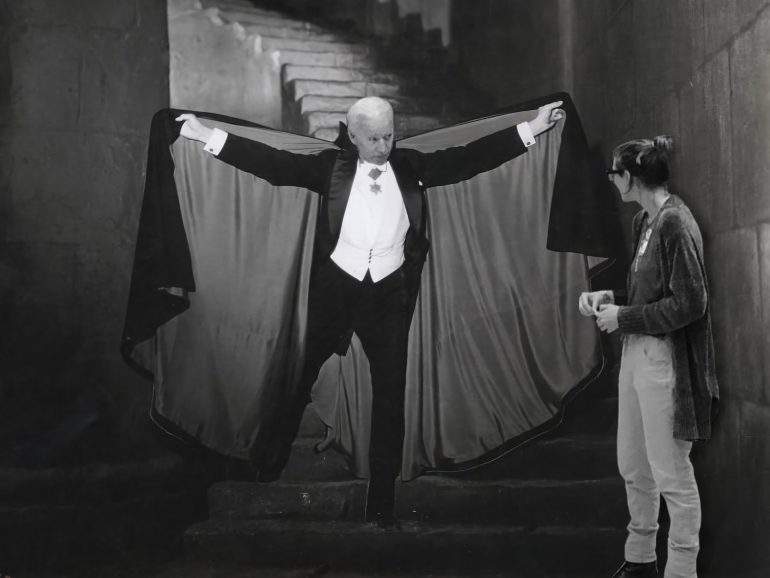 You don’t buy an opera cape off the rack. That’s so gauche!