Photos of Epstein’s cell are released, and more questions about the evidence around his neck injuries have been raised.

It’s almost a cliche now, that #EpsteinDidn’tKillHimself, and yet, questions persist.

It isn’t JUST all the weird coincidences that made his death so difficult to verify, either. The guards who skipped bed checks, the lack of a roommate, the malfunctioning cameras, the bedsheets that are not ‘tearaway’ and — we’re learning — a ballpoint pen and long electrical cord for a CPAP machine in his cell.

Not the sorts of conditions you’d expect for anyone considered a ‘suicide risk’.

And every time we turn around, we find out about something NEW.

This time it isn’t just the CPAP machine and ballpoint pen, it’s the whole scene, as 60 Minutes is reporting:

60 Minutes reviewed hundreds of graphic photographs from the autopsy of Jeffrey Epstein and inside his cell. Here are the known facts. **This video contains graphic images that some viewers may find disturbing.**https://t.co/oVeiCRd8A6 pic.twitter.com/QOwq8Eqiah

Doubts about the official cause of Epstein’s death can be dismissed as just a conspiracy theory by as many experts as they want, but until some of the questions being raised are well and truly put to rest, those doubts will persist.

It doesn’t help that so many billionaire-class tycoons would stand so much to lose if his secrets ever came out. Dead men tell no tales as the old pirate saying goes.

We now have photos of both his injuries and of the cell itself.

One of the problems being raised has to do with his injuries to his neck. They don’t seem to match up to the official cause of death.

If these are the wounds on his neck…

How could they have been caused by the orange fabric in the cell? And if there was blood on his neck, shouldn’t there have been some sort of blood transferred onto the bedsheet noose, too?

Some other photos from the scene: 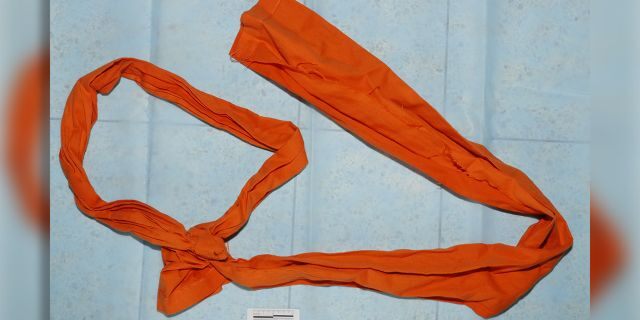 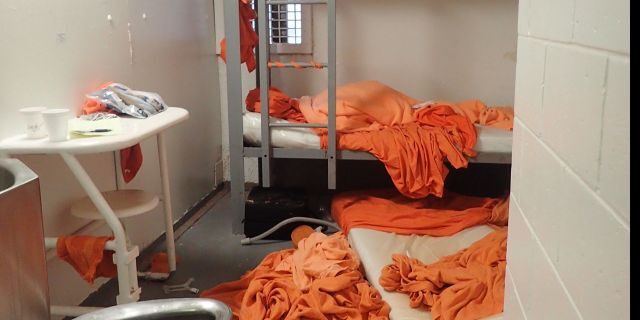 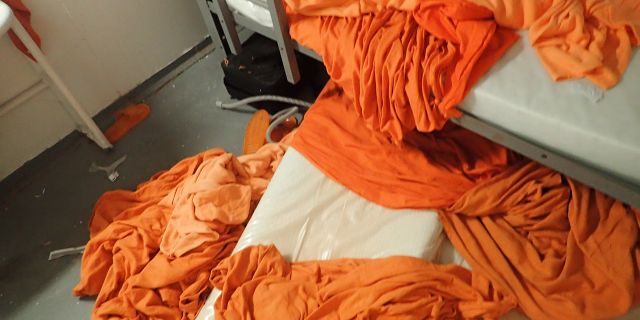 If there’s a ‘reasonable explanation’ … great!

Let’s hear it and settle this once and for all.