It all started when a troll from Blue-Check twitter decided to gain some notoriety at the expense of a young woman working at Target.

David Leavitt apparently has a history of creating situations like this one.

He’s a ‘journalist’… for whatever THAT title is worth anymore.

Before we can fully appreciate and understand the good news of this story, we need to see what kind of a low-rent scumbag we are really dealing with here.

Here’s the bio, the ‘public’ face he presents to the world. If he seems like he’s a smug SOB, there’s a pretty good explanation for that. 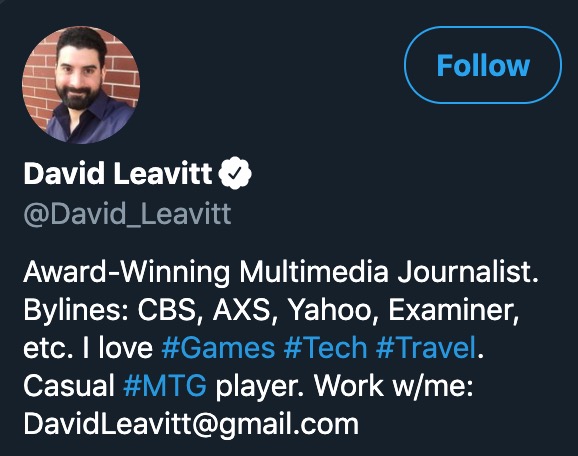 Followed by his complaint (in his own words): 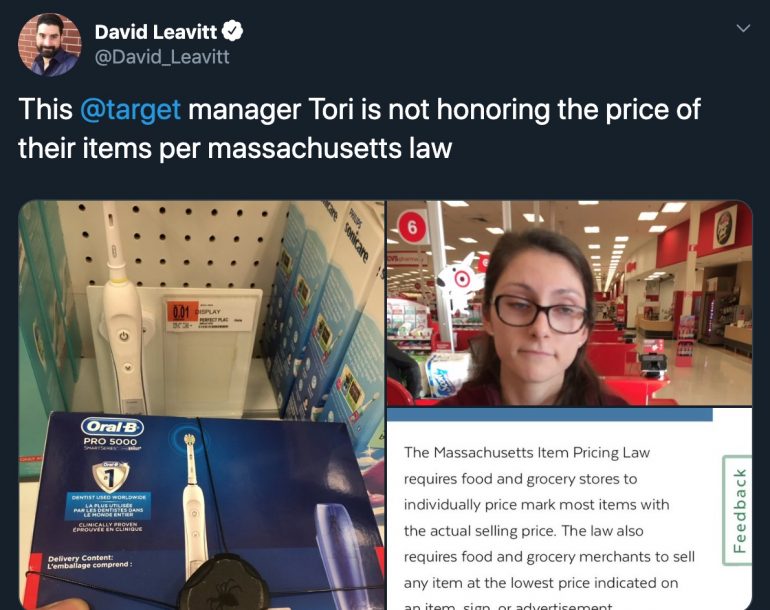 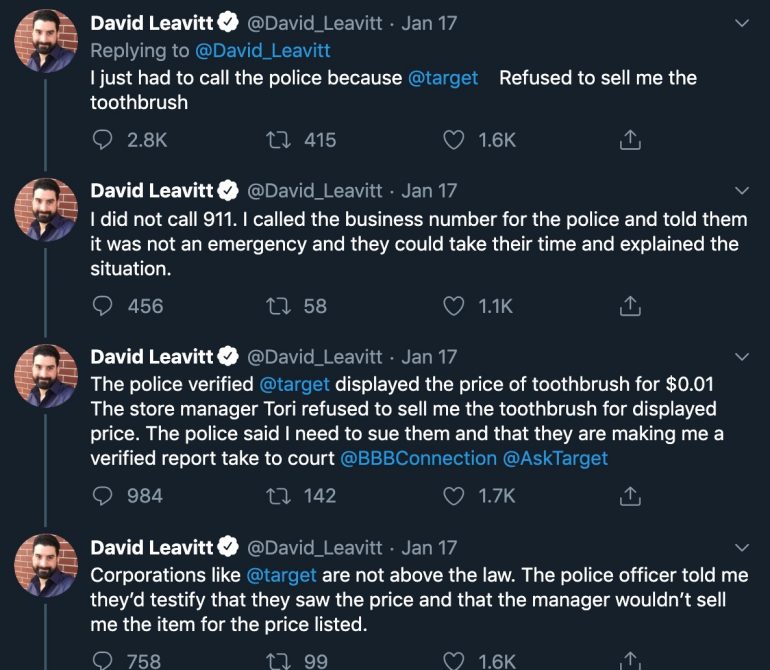 Seriously? He called the COPS?

He got rag-dolled over it.

Not just for publicly shaming some random lady over an inane complaint, but for his lies and the bad logic of the complaint itself. (Plus the fact that he’s a repeat-offender example of an attention-starved d-bag.)

Caught in the lie: 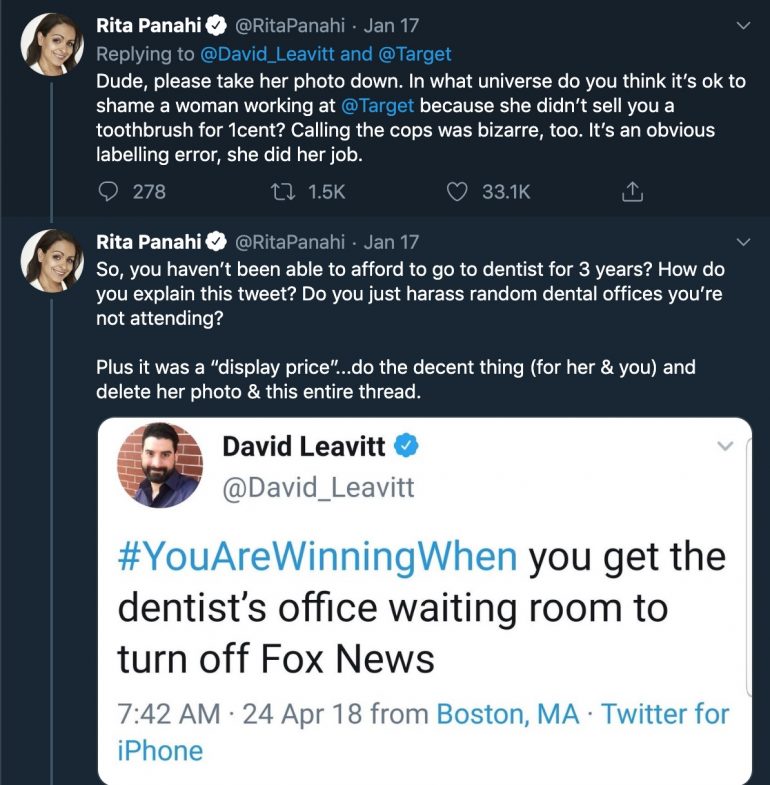 He’s a repeat offender d-bag, too: 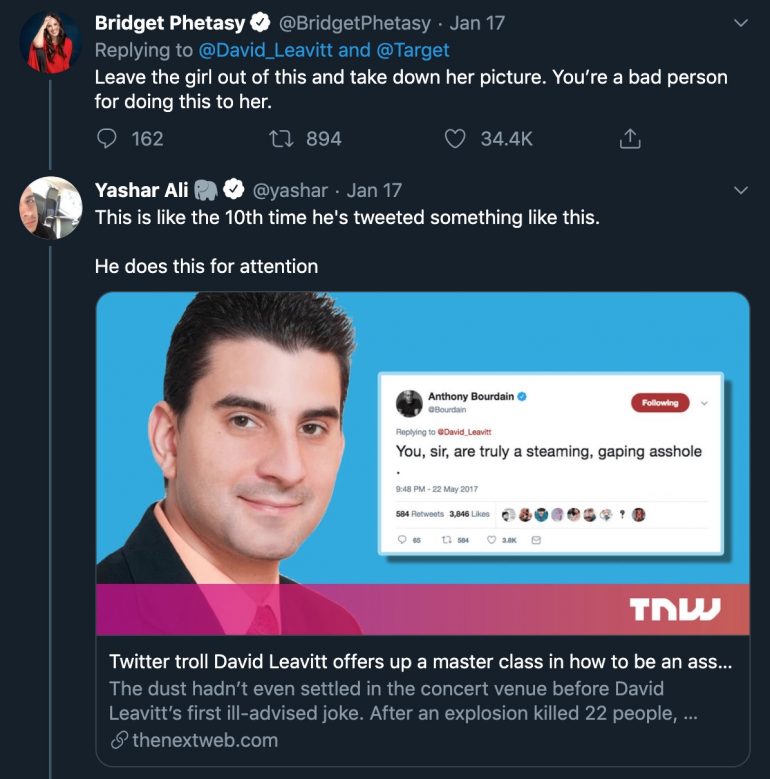 Publicly disavowed by people he listed in his bio… 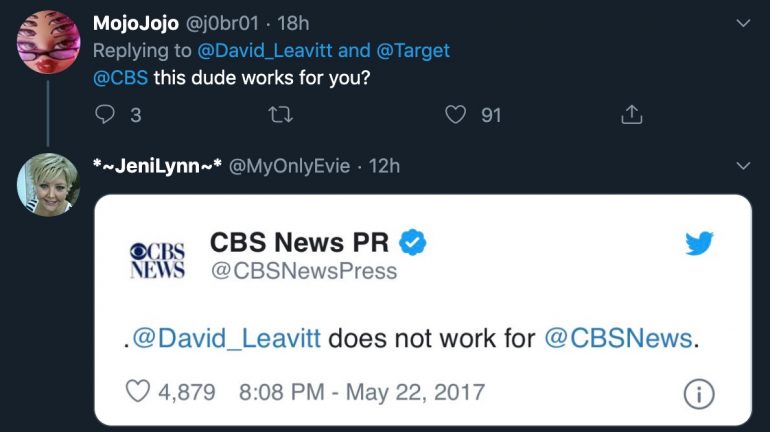 Oof. That one’s got to hurt.

But even the premise of that stunt is bogus. And you don’t need to look any further than the photos HE supplied to do it.

The Display version of that toothbrush has a value of one cent. Having spent time in retail back in the day, this writer expects the ‘one cent’ assigned to that toothbrush is most likely to keep it from being counted at regular price during inventory and throwing off their numbers. It isn’t actually for sale. 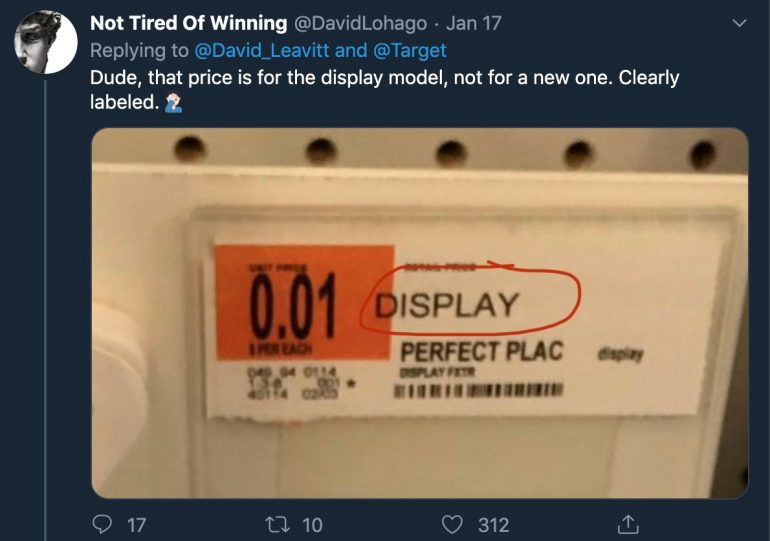 And NOW for the good news.

(You didn’t think we had forgotten, did you?)

Carpe Donktum, one of Trump’s favorite parody twitter accounts — he was among those invited to that Rose Garden event — took pity on this woman for the abuse she was so needlessly suffering. And he decided to do something about it. 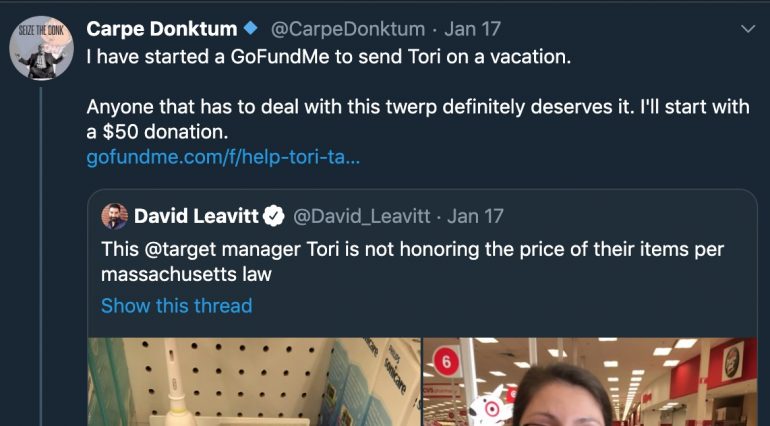 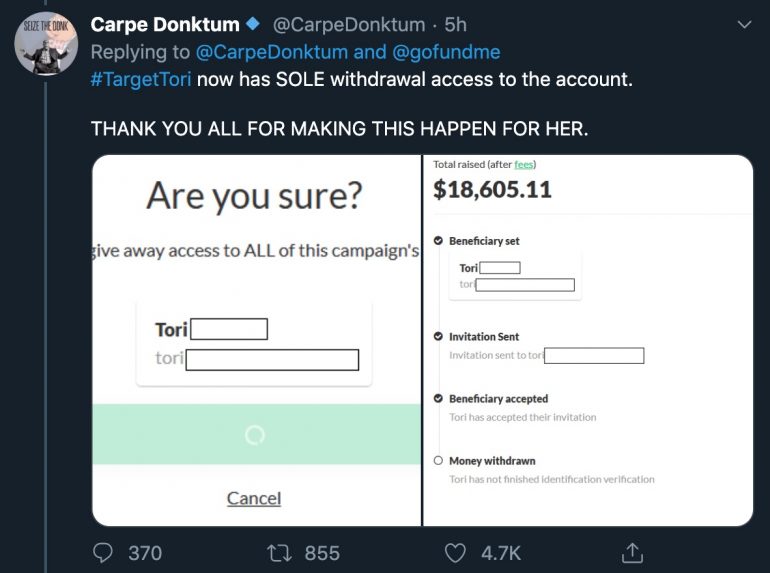 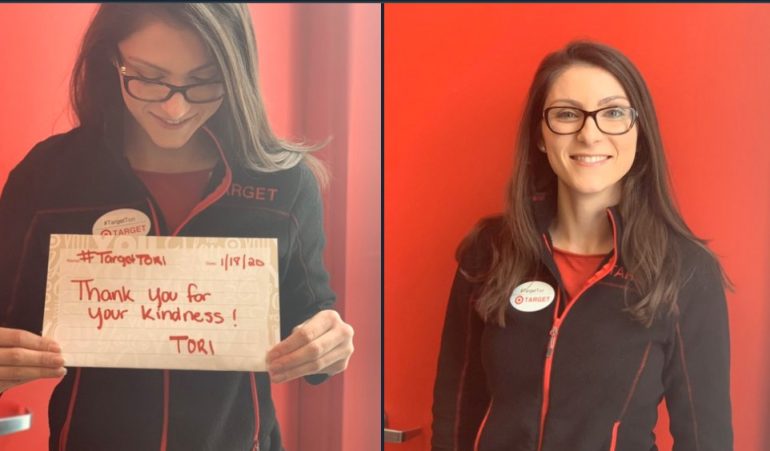 A smug ‘blue-check’ liberal wanted to promote himself on social media at the expense of someone working retail.

MAGA Twitter comes to her rescue, and within hours, has raised something like $20k (by the time you read this it might even be more than that).

Remind me, which party is the ‘defenders of the little guy’ and which one treats them like dog crap stuck to their shoes? Because real life isn’t looking very much like the narrative we get shoved down our throats at all.