Not to brag or anything but this arrest was HUGE.

Not much of a flight risk, this one. Even if he CAN make it up to his feet, how fast could his mobility scooter possibly go?

Latest photos for #ISIS Mufti. He was the strongest supporter of demolishing Mosul heritage. He used to give the Friday Sermon in my neighborhood. He cheered up in the very Friday after the blowing of Prophet Jonah Mosque in the early days of their invasion.
? Social media https://t.co/VWOCR4nmJE pic.twitter.com/zGYoVSuAaF

Remind you of anybody? How about this guy? 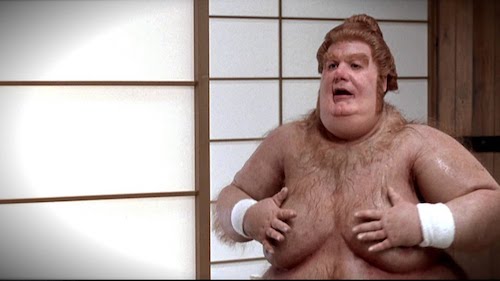 The ‘Fat’ part is obvious. But what about the bastard part?

Don’t worry, he’s got that covered, too.

Unconfirmed news say SWAT raided the house where he was hiding in Mansoor nhood, W Mosul.
I wish you all the justice in the world for all the crimes you gave the execuse to commit. Many families will cheer up tonight, but that unfortunately will not bring their beloved back.

The humor covered the gamut. We save the best for last.

There were hunger strike jokes.

Glad this guy got arrested. Clearly not gonna be one of those “hunger strike” prisoners either. https://t.co/qvkFJuC7tb

Putting the FAT in Fatwa… 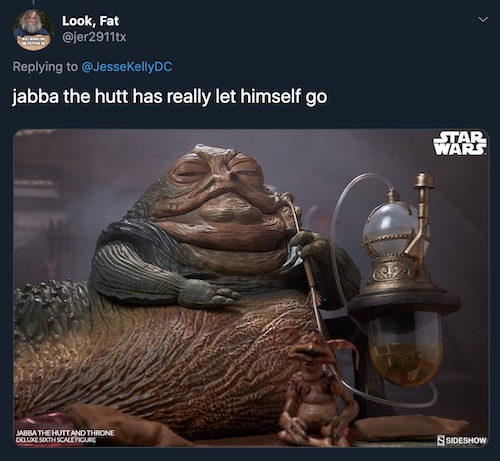 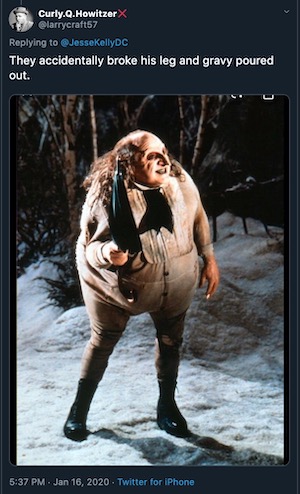 Laughing at his lack of any self-discipline.

Apologies in advance for the next one.

What? We warned you.

Another play on words mocking jihadis: 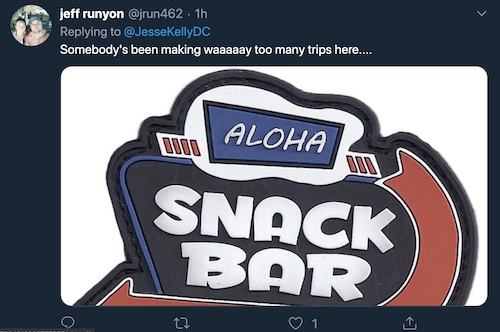 This one would upset him. (Good.)

And our favorite, for fans of Jaws…