Trump went to a football game and exchanged pleasantries with a Hollywood A-lister. ‘How Dare he!’

Ordinary folks didn’t mind at all. But the overheated blowhards calling for Vaughn’s head on a platter.

Here is the crowd responding to Trump showing up at the game.

The crowd in New Orleans for the #LSUvsCLEM game just erupted as Trump entered.

Trump is doing something right if he’s booed by DC elites at the Nats game and praised by real America. pic.twitter.com/1WiIbRzoWD

Here is some blue-check guy who used to work for Daily Beast and Deadspin. Or at least, that’s what his bio says.

He’s got a message of butt-hurt for America:

I'm very sorry to have to share this video with you. All of it, every part of it. pic.twitter.com/ELMbDHZbZq

And now, Vince is trending on Twitter. Not sure exactly why Timothy needs to be ‘sorry’ to share this with us. Vince Vaughn is apparently just a decent guy willing to give the President a handshake. That, by itself, is enough to damn him, we suppose.

Isn’t it amazing how a group that lectures the rest of us about ‘tolerance’ has a cult-like insistence that anyone who disagrees with on ANY of the (latest version) core values of leftism must be treated as a pariah?

You get the sense that they would love to do something like THIS to him for that handshake:

How quickly they forget that Vaughn isn’t exactly drinking their KoolAid.

Maybe THIS will jog your memory: 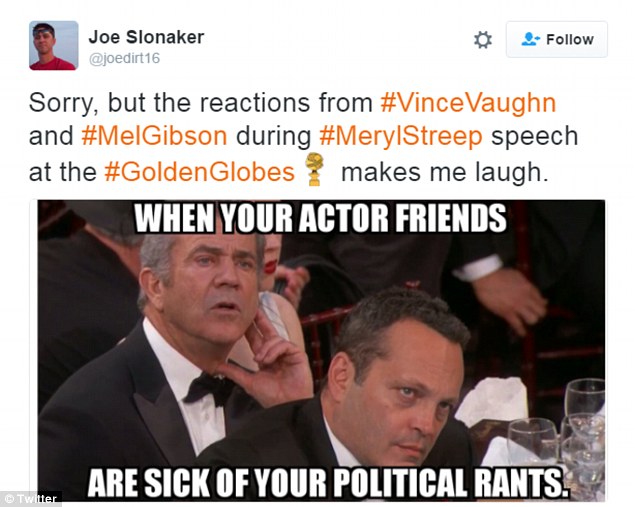 Hey Cancel Culture — you may not have figured this out yet, but your insistence that everyone do and think exactly what you TELL them to do and think is helping to polarize the country.

But in case you haven’t noticed, angry hectoring leftists were exactly the nudge that folks like Kanye, Candace Owens or Brandon Straka needed to, well, #WalkAway from the Democrat party.

How many others will the Left have to alienate before they finally learn that lesson?