And his target was none other than AOC and her ridiculous bootstrap comment.

I’ve tried so hard this past year to live without the wealth of knowledge available on Twitter, but this kind of blazing insight can be found nowhere else, so… I’m back! #AOCStillAMoron pic.twitter.com/kB0oDXmArB

He followed that up with a real beauty:

I was on vacation awhile, avoiding the news. How’d the #Mueller thing work out? The #impeachment scam? Who won the #Iowa caucuses? Is #MichaelAvenatti still a contender for the Democratic nomination for President? How’s #JeffreyEpstein doing?

He interacted with Juanita Broaddrick as she gushed about how awesome this week has been so far.

And hopefully you will eventually be victorious in your quest to bring the #RapistClinton to justice. We will stand by you until he is behind bars (hopefully monitored by the same guards who watched over Jeffrey Epstein). https://t.co/SmgcJ1Mrhp

I simply can’t express how honored I am by the kindness and warmth I have received by so many of my Twitter friends tonight. You are genuinely such fine people. Thank you. I am in tears.

…and a wee bit of hate — but that just brought back the James Woods Twitter catchphrase: #Instablock!

Up your mom’s cooch, where it usually is. #INSTABLOCK https://t.co/APBCbpBd5T 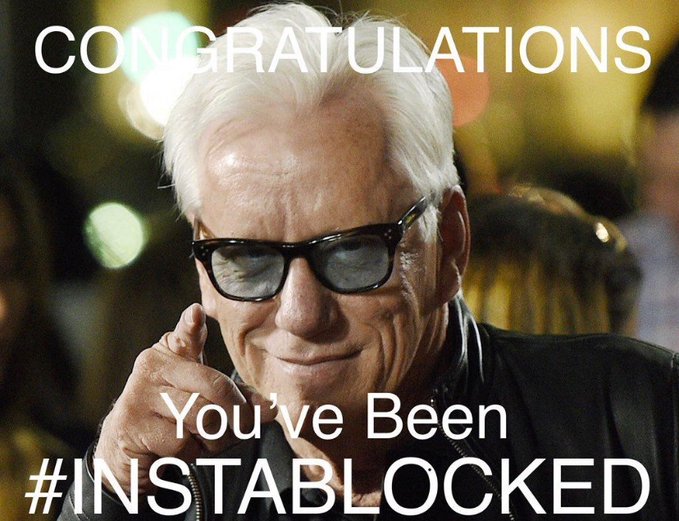 Before his sudden return, the last tweet that Woods posted had been in April and was about the Mueller report.

In early May, after being temporarily banned on Twitter, Woods decided to quit the platform altogether because he was tired of the social media site’s repeated attempts to censor him.

He told the Daily Wire:

“Twitter demanded that I rescind my tweet paraphrasing Emerson,” Woods said. “It now seems they have chosen to delete that tweet from my account without my permission. Until free speech is allowed on Twitter, I will not be permitted to participate in our democracy with my voice. As long as Jack Dorsey remains the coward he seems to be, my Twitter days are in the past.”

President Trump weighed in on the censorship of Woods:

How can it be possible that James Woods (and many others), a strong but responsible Conservative Voice, is banned from Twitter? Social Media & Fake News Media, together with their partner, the Democrat Party, have no idea the problems they are causing for themselves. VERY UNFAIR!

Senator Ted Cruz(R-TX) noted that it was interesting that James Woods was being banned for the wording of his tweet, but Jim Carrey, who posts unhinged “art” and anti-Trump hate screeds was not.

How is it that @RealJamesWoods is currently being banned on Twitter, but @JimCarrey is not? It’s certainly not any standard based on “hate.” Carrey’s latest Twitter “art” shows Bill Barr drowning in a sea of vomit. @Jack – how ‘bout we let everybody speak and the People decide?

But now, Woods is back, baby!

That means that 2020 is going to be the best year ever! It’s already had a helluva start with impeachment over, the President acquitted, poll numbers rising, the economy booming, unemployment rates falling, financial optimism rising, the Democrats imploding on multiple levels, and now James Woods triggering libs on Twitter!

2020 is gonna be fan-freaking-tastic!