You gotta admit, this is a lot more interesting than a coin toss — better still, it saves you the trouble of explaining how to flip a coin to the young volunteers.

In Nevada, they settle ties with — you probably guessed it — playing cards.

A rep for each candidate is given one unopened deck of cards, which they open on the spot.

Each side draws a card at random, and the highest card wins.

Early on in the counting, there was already a tie that needed to be solved by breaking out the cards. And the cards that came up were the perfect metaphor for the cluster**** the DNC primaries have become.

Preachy Pete’s rep drew a 3 of Clubs. Since aces are high, that’s roughly a 92% chance of drawing a card that will win or at least tie, right? Naturally, Bernie’s rep drew a 2 of Spades.

Early results of the counting favor Bernie, but it’s still way too soon to call trends.

We will update this story as more results become available.

They are already calling it for Bernie, but we note that this sample size is still extremely low. 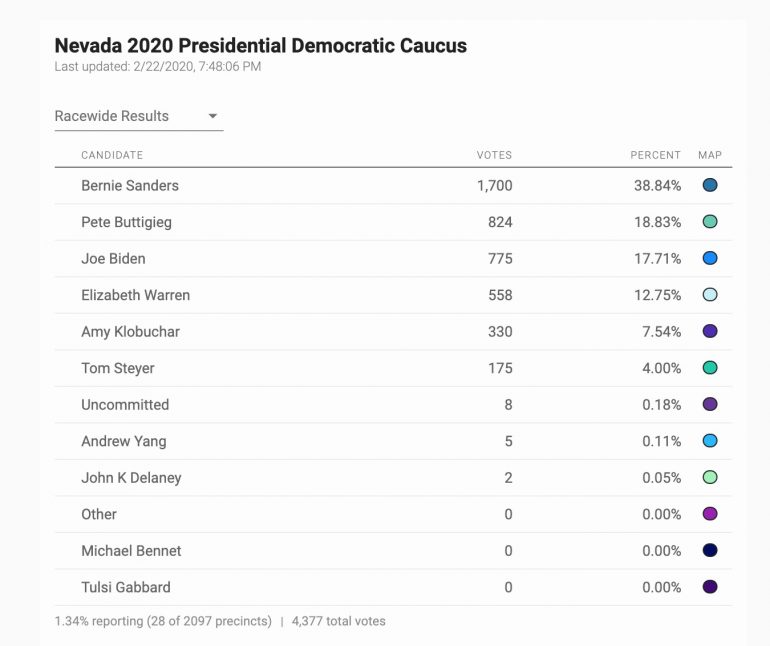 The gap has narrowed somewhat. Bernie still far ahead, with Biden now solidly in second slot. Preachy Pete a distant third, and nobody else even matters. 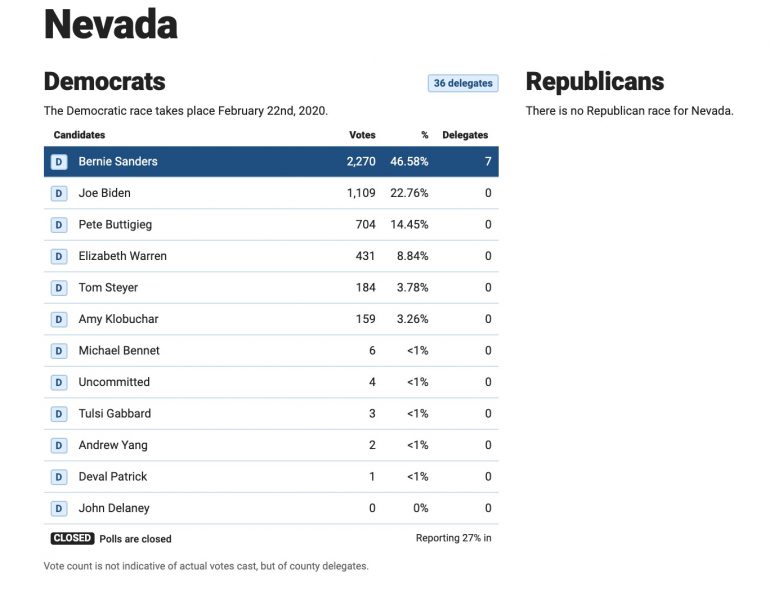 Then again, with only 27% reporting so far, the whole picture could look different again by morning.