Discrimination based on race, color, sex, religion, or nationality is odious to a free people.

But laudable ends do not justify lawless means.

That gospel calls into question the affirmative action obligations, sanctions, and enforcement procedures imposed on federal government contractors by Executive Order 11246 and its progeny through the Office of Federal Contract Compliance Program (OFCCP).

The Executive Order lacks any statutory foundation; and, it goes beyond the congressional prohibitions of employment discrimination enshrined in 42 U.S.C. 1981, Title VII of the Civil Rights Act of 1964, and the Equal Employment Opportunity Act of 1972, as amended.  It thus violates the Constitution’s separation of powers — an executive branch usurpation of legislative authority entrusted to Congress under Article I.  A pending legal challenge to the unconstitutional usurpation in Oracle America, Inc. v. U.S. Department of Labor, et al., No. 1:19-cv-03574 (D.C.D.C.) should succeed.

The United States Supreme Court has explained that “no legislation pursues its purposes at all costs,” and “it frustrates rather than effectuates legislative intent simplistically to assume that whatever furthers the statute’s primary objective must be the law.”

In determining the strength of its nondiscrimination prohibitions, Congress has enacted a variety of limits.  Section 1981, for example, prohibits intentional discrimination, but refrains from sanctioning employment practices with discriminatory effects.  The latter, however, are prohibited by Title VII.  No punitive damages limits apply in section 1981 actions, whereas a $300,000 cap is applicable in Title VII suits, and limits are also placed on compensatory damages. A four-year statute of limitations applies to section 1981 claims; and, no administrative remedies need be exhausted before suit is filed. In contrast, Title VII claims must first be presented to the Equal Employment Opportunity Commission within 180 days of the alleged discriminatory acts.

Title VII and section 1981 claims are litigated in federal courts presided over by independent Article III judges with lifetime appointments.  Parties enjoy broad discovery rights under the Federal Rules of Civil Procedure approved by Congress.  Federal trials are governed by the Federal Rules of Evidence also endorsed by the legislature.

The nondiscrimination and other laws enacted by Congress reflect compromises negotiated between 100 Senators and 435 House members—a cross-section of the people of the United States.  No single political faction is in control.  Moderation is thus built into the legislative process, which fortifies its legitimacy.

EO 11246 and its progeny usurp the legislative prerogatives of Congress over employment discrimination.  The executive order imposes affirmative action requirements on employers that Congress has not enacted in section 1981 or Title VII.  It also debars violators from federal contracts, a sanction which Congress has refrained imposing in its own nondiscrimination statutes.  Moreover, the affirmative action obligations of the Executive Order are enforced by the OFCCP, a creature of the executive branch. That creates a conflict of interest in the adjudication of alleged violations.  In contrast, independent and impartial Article III courts adjudicate section 1981 or Title VII claims. A fundamental principle of due process stretching back for centuries is that a man cannot be a judge in his own case.

Additionally, in unilaterally promulgating E.O. 11246, the executive branch was not required to compromise with other political players.  Its terms and conditions were decreed without the moderating procedural influences which earmark legislative process.  Further, the Executive Order can expand or contract like an accordion at the stroke of a presidential pen.  It operates outside statutory constraints.

The executive power conferred on the President by Article II of the Constitution does not include lawmaking like EO 11246.  Indeed, James Madison quoted Montesquieu with approval in Federalist 47: “There can be no liberty where the legislative and executive powers are united in the same person….”

Nondiscrimination in employment is too important for procedural shortcuts. The history of liberty is largely a history of procedural safeguards against injustice or tyranny.  E.O. 11246 should be declared unconstitutional unless and until approved by Congress. 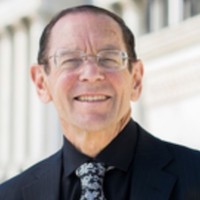