Charities use their own resources to share what they have with others. The Anarchist Left thinks there’s a ‘higher’ virtue that can stick it to ‘the man’ while pretending to be generous.

They do seem to have enough money for some political stickers to slap on the ‘free’ food they’re giving out, don’t they?

A video showing people shoplifting from a store so they could make brown bags full of give-away items for the homeless has been making the rounds over social media on the weekend.

Funny how the church this writer attends does exactly that for the homeless downtown and yet somehow manages to do it without anyone becoming a petty criminal in the process.

Some of the videos were combined with their anarcho-communist propaganda and demands, this is the least propaganda-loaded of the examples we could use without risking too much promotion of their message.

If Anarcho-communism rings a bell, it should. It’s a blending of anarchist and communist. The best-known example of that philosophy came when Bernie Sanders’ campaign leaders were talking freely about revolutions and gulags in those Project Veritas videos.

Note the message they’re writing on the bags (besides the anti-Trump sticker). 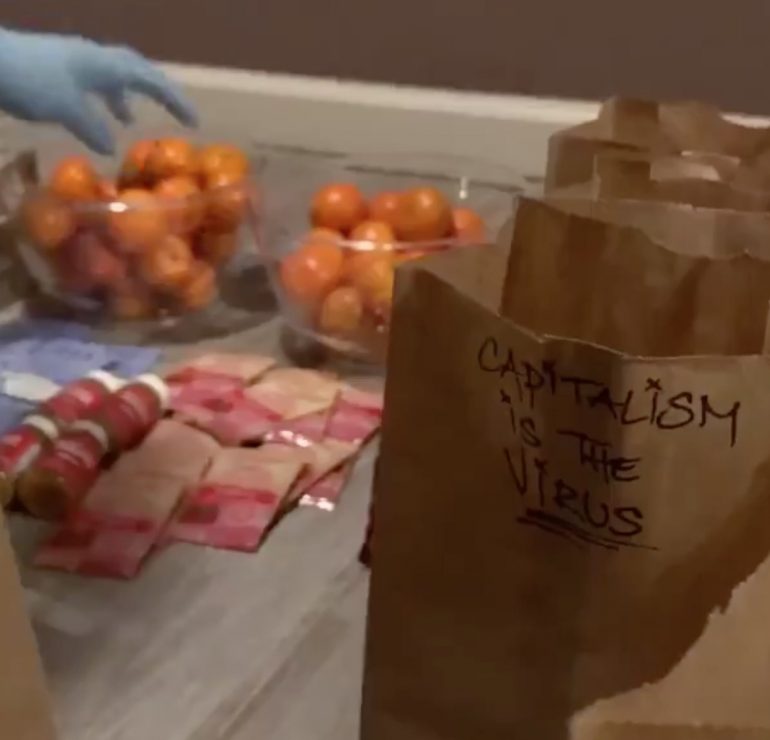 “Capitialism IS the virus.”

And who, exactly, produced all the stuff you’re stealing and giving away?

Their canned response will be Blah-Blah-Blah exploited workers blah-blah-blah.

Since this is was produced in the context of the virus, WHO, precisely is producing the vaccines and respirators the world is suddenly so interested in? Will the Anarcho-capitalists be opening and funding research labs and kick-starter companies to produce all of that? Of course not. They are TAKERS, not MAKERS.

If you really want to ’empower’ people without them becoming ‘slaves’ of a corporation, you could maybe teach them how to start a business of their own.

But no. All these anarchist types are interested in is tearing stuff down so they can remake America in the image of Venezuela.

(THIS time, they’ll promise, the commies will do it right. ‘Real’ communism has never been tried yet.)

Here are some of the ‘gems’ in the comments:

They literally want to destroy America.

These are no mere liberals with a different view of running the country. These clowns want to rip the country itself apart and rebuild it in their own image.

You get enough of these in positions of influence and we’ve got a national identity crisis on our hands —  these are the same folks AOC is the ‘face’ of.

You might be wondering what ‘bumfights’ have to do with this.

Here’s an explanation. The group that published this video ran into some trouble in the past: 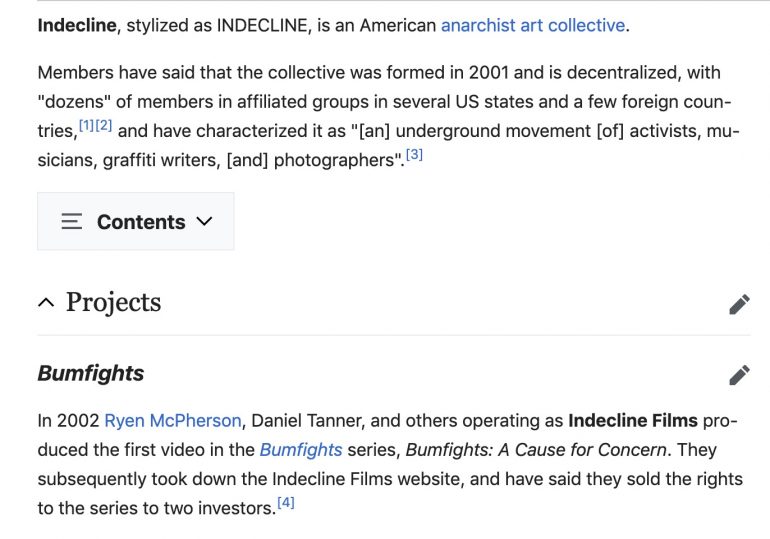 Even some anti-corp types thought this was a bad look:

And right on cue: 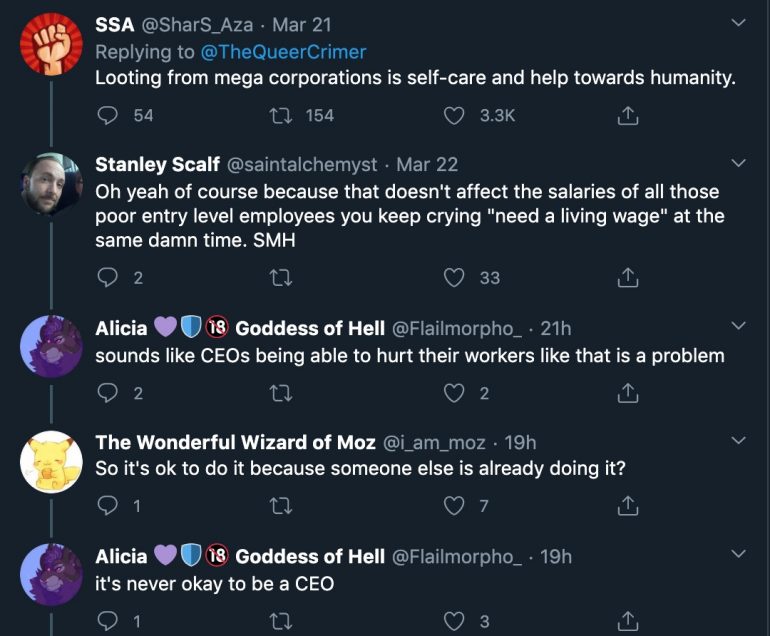 If you’ve been wondering about the open lawlessness of groups like Antifa, and the open contempt for legitimate business owners, THIS is where the hard left has taken us.

When Biden says we’re fighting for the soul of our nation — he’s saying something that’s true — just not in the way he thinks.