Alyssa Milano, big #MeToo activist, has been very quiet about an explosive allegation of sexual assault committed by Joe Biden years ago.

Tara Reade has come forward and accused Joe of some really, really inappropriate behavior a year after the Clarence Thomas confirmation hearing where Anita Hill’s unfounded accusations brought the term “sexual harassment” into common vernacular. Biden was Chair of the Senate Judiciary Committee at the time and oversaw the hearing.

But even though Reade has come forward and told her tale, Alyssa Milano hasn’t been out in public with placards reading “Believe all women” while sporting a Little Red Riding Hood cape and Laura Ingalls Wilder bonnet.

Oh, sorry. That’s supposed to be a Handmaid’s Tale costume and not a pathetic attempt at a “Sunmaid Raisin Girl” costume.

Milano is breaking her silence on why she’s willing to support “credibly accused” rapist and well-known creeper, Joe Biden. I say “credibly accused” because it’s clear that Joe Biden and Tara Reade had actually met, which isn’t the case for Brett Kavanaugh and Christine Blasey Ford.

Milano spoke to Andy Cohen on his radio show called “Radio Andy” and explained her new nuanced version of #MeToo.

I have not publicly said anything about this; if you remember, it kind of took me a long time to publicly say anything about Harvey (Weinstein) as well, because I believe that even though we should believe women, and that is an important thing, and what that statement really means is like, for so long, the go-to has been not to believe them. So really, we have to sort of societally change that mindset to believing women. But that does not mean at the expense of not giving men their due process.

Milano struggled to explain in the interview why the mainstream media wasn’t all over the accusation and Cohen helped her out by suggesting that we’re in the middle of a pandemic. She was clearly not quite satisfied with that answer and had to insist that there wasn’t anything really “credible” about the accusation.

If they found more evidence … so I’m just staying quiet about it … I sent the #MeToo tweet over two years ago; I never thought that it would be something that was going to destroy innocent men, right? We don’t want that to happen either. So we have to find this balance in the “believe women” movement and also giving men their due process, realizing that we’re destroying lives if we publicly don’t go through the right steps in order to find out if an accusation is credible or not.

That’s quite the reversal of her position. She continued explaining on Twitter.

There is something to the idea that people are going to weaponize #metoo for political gain. Just look at the replies here and look to see who those accounts are supporting in the primary. There always needs to be a thorough vetting of accusations.

Milano says that there needs to be a “thorough vetting of accusations” because “there is something to the idea that people are going to weaponize #metoo for political gain.”

This is the same woman that was doing this kind of thing during the Kavanaugh confirmation: 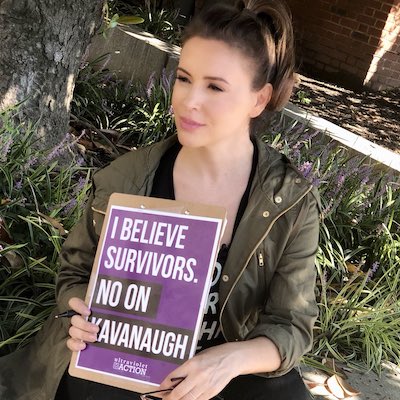 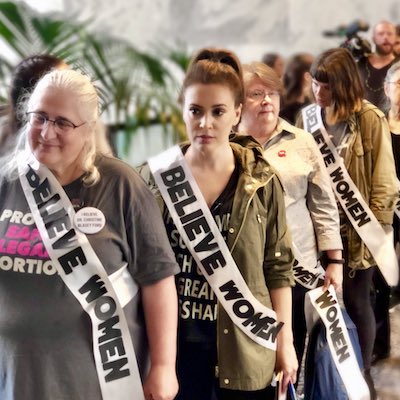 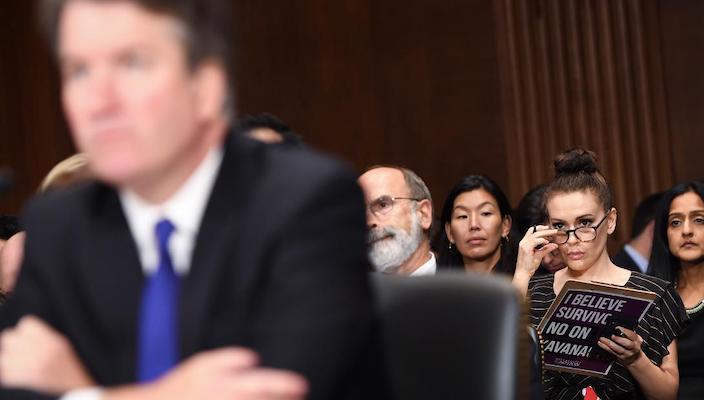 I’m in D.C. because I don’t believe any man’s misogyny should take precedent over a survivor’s humanity.

We tried to see a Murkowski, Collins and Hyde-Smith today and share our stories of survival. They refused to see us. #KavaNo #BelieveWomen #SurvivorStrong pic.twitter.com/rRtTSVWEpJ

In an opinion piece in Vox in September 2018, Milano wrote:

So let me be as clear as possible: I believe Christine Blasey Ford and I demand that our Senators vote to reject Brett Kavanaugh as the next Justice on the Supreme Court. Every person who refuses to loudly and openly reject Brett Kavanaugh’s nomination is telling every generation of Americans that an alleged abuser’s career is more valuable than a survivor’s humanity. And the highest court in our land is no place for an alleged sexual offender to sit.

But Milano is singing another tune these days. She no longer thinks that a woman can just accuse anyone of anything and they should be believed.

#BelieveWomen does not mean everyone gets to accuse anyone of anything and that’s that. It means that our societal mindset and default reaction shouldn’t be that women are lying.

This will be my last statement on this issue. Please be well and take care of each other. Hold each other tight.

What could have possibly changed for Alyssa Milano to suddenly discover the concept of Due Process, I wonder?

Could it be the political affiliation of the man accused?

Conservative Twitter users weren’t letting her get away with it, though. They made sure to remind her of what she said back in the fall of 2018 (and even earlier).

She was also a big fan of Bill Clinton.

Let’s not forget the classics. pic.twitter.com/7QzRk4USsr

The brain worms get worse… pic.twitter.com/tI3aOSC47d

She was staunch and unswerving in her defense of Christine Blasey Ford.

Today, once again, we must connect to that power.

We are all Anita Hill. We are all Christine Blasey Ford.

We have the power to stop Kavanaugh.

Let’s get to work.

And equally staunch and unswerving in her opposition to the appointment of Justice Brett Kavanaugh.

I feel like the entire GOP went to the same acting coach as Kavanaugh.

It wasn’t even all that long ago that she was crowing about a video of Christine Blasey Ford’s testimony being played outside the Federalist Society’s black-tie dinner that Justice Kavanaugh was attending.

Alyssa Milano is so awful! Her “Believe all women” principles are flexible depending on the party affiliation of the person that they accuse of wrongdoing. It’s disgusting.

Even her former Charmed co-star, Rose McGowan called her a fraud. 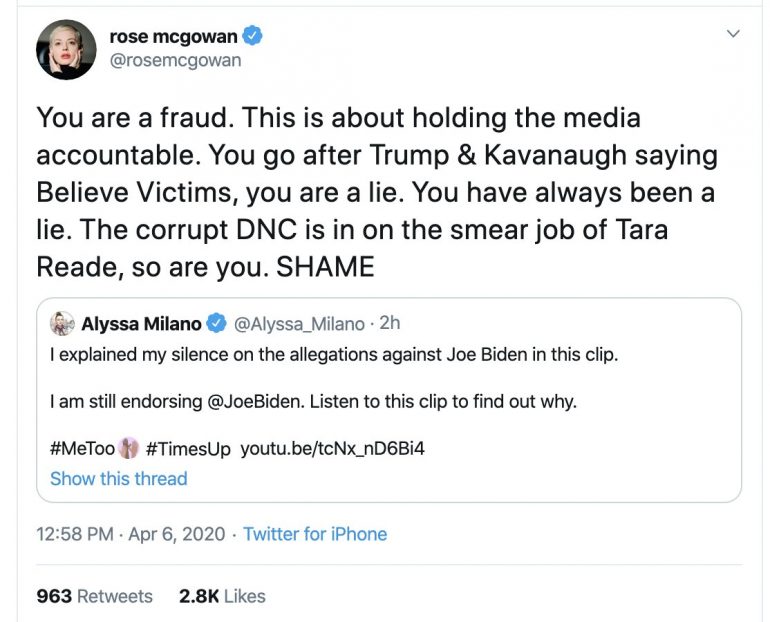 But then, we shouldn’t expect much from Alyssa Milano. She’s been absolutely committed to her role as a leftist sycophant for quite some time.