On April 16, far-left Democrats Rashida Tlaib(D-MI) and Pramila Jayapal (D-WA) have proposed an added “boost” to the CARES Act that provided a one-time $1200 payment to millions of Americans via pre-paid debit cards.

They called it the “Automatic BOOST to Communities Act” or the ABC Act. This is spinning off from Tlaib’s prior proposal, the Building Our Opportunities To Survive and Thrive (BOOST) Act which is an anti-poverty measure.

Now you can add the Automatic BOOST to Communities (ABC) Act proposal, which was introduced by Congresswomen Rashida Tlaib (D-MI) and Pramila Jayapal (D-WA).

If approved, the ABC Act would provide every American with a BOOST debit card that is preloaded with $2,000. The card would be reloaded with $1,000 each month until one year after the end of the COVID-19 crisis.

This isn’t just a relief bill for Americans, non-citizens would receive the money as well. The aim is so that no one gets left behind, so the debit card would be issued for every individual in the country, including children. (Citation: https://www.crediful.com/best-prepaid-debit-cards/)

Here are the eligibility requirements:

Does this mean that billionaires like Bill and Melinda Gates and their three children and Mark Zuckerberg, his wife, and their two children would also receive the money? It would seem that way. So, too, would all of the bored celebrities posting cringe-inducing quarantine videos. After all, they are a part of “everybody”, right?

How will this massive program be paid for? 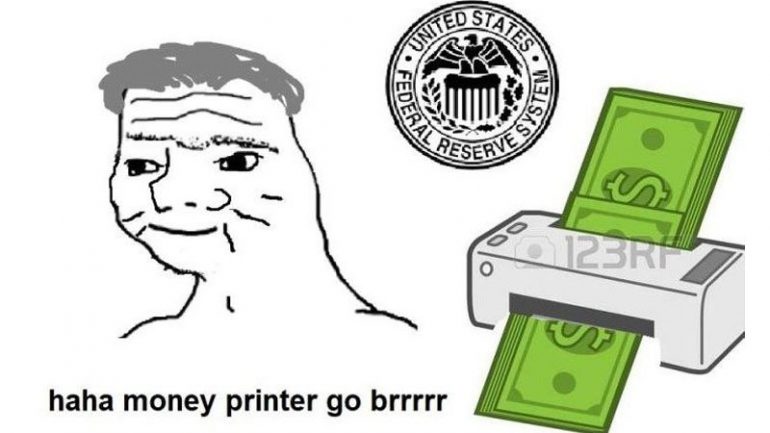 The ABC Act would be funded directly from the Treasury with no additional debt issued by minting two $1 trillion platinum coins. Additional coins would be minted as needed. Title 31 of the U.S. Code gives the Treasury Secretary the authority to mint and issue platinum bullion coins (see 31 U.S.C. § 5112(k)).

Printing more money results in devaluing the currency and during an economic downturn caused by a global pandemic with tens of millions of people out of work–it seems just a wee bit short-sighted.

We saw what currency devaluation did to Venezuela.

It appears that Representatives Tlaib and Jayapal are using the same playbook that socialists have been using for decades and expecting different results. Isn’t that the colloquial definition of insanity?