(Washington D.C.) Dr. Anthony Fauci, during an interview with Don Lemon on CNN, shocked the world last Thursday night when he claimed that Jesus Christ did not die by a brutal execution upon the cross but rather by implications brought on by an ancient strand of COVID19.

When James Woods heard Fauci’s claim he quickly tweeted out, Fauci’s full of S***! A twitter war ensued with Dr. Fauci responding to Woods’ terse tweet by saying, @JamesWoods I am an #expert. I am a #doctor. My study smells like rich #mahogany and I have many #leather books. Don Lemon retweeted Fauci’s response to Woods’ vulgar and racist tweet and added, #argumentover #expertdoctor #jesusCOVID19 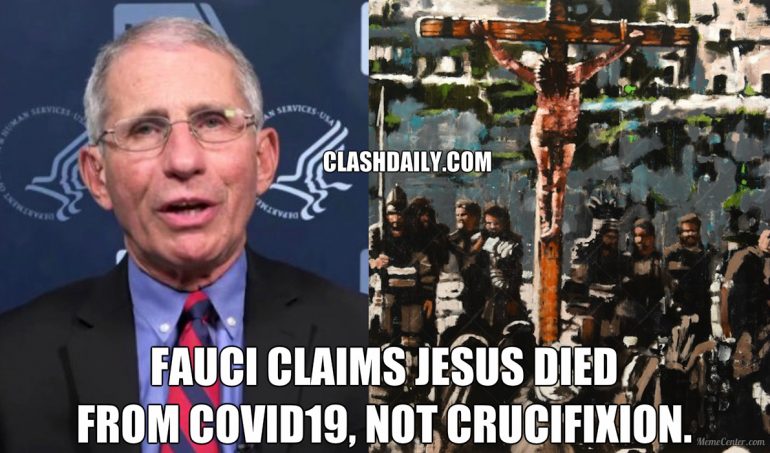 [Editor’s note: In case anyone thick enough to believe CNN is an actual NEWS source happens to read this — or have it read TO them — we should probably explain something in words small enough to understand. This is not real. It is a joke. We call it ‘satire’. Have an adult explain it to you.]

Also, the image of Christ at Golgatha is taken from Doug Giles’ new release from his Biblical Badass series entitled, appropriately, Golgotha. 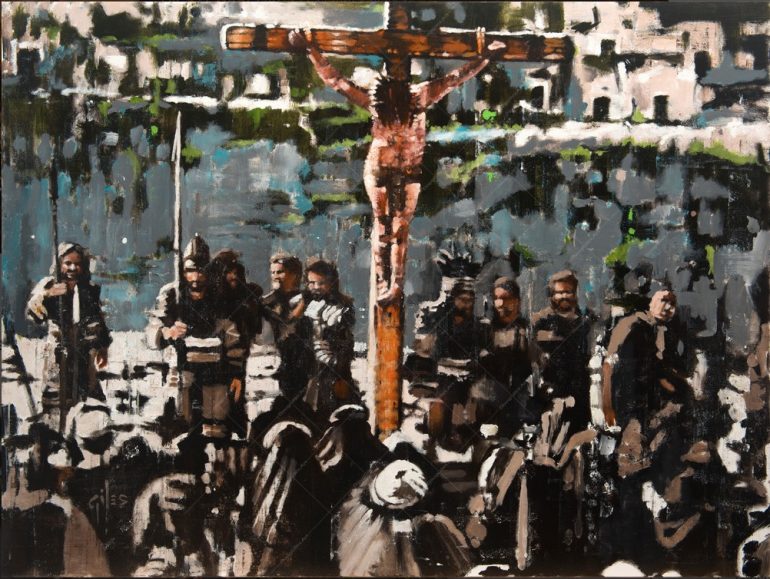 Doug is taking up the brush and portraying the Biblical heroes as the Warriors & Wildmen that they were.

Check it out a short, 20-minute film featuring the artist talking about Biblical Badasses here: