‘Mia’ from Land-O-Lakes was just the latest in a long string of cultural icons to fall under the sway of cancel culture. The artist’s son sets the record straight. (Hint: he’s Ojibwe)

After the removal of the woman from the box of Land-O-Lakes, Robert DesJarlait wrote a letter that was published in the Washington Post explaining why, if it was done to be ‘woke’, that it was a mistake.

If anyone would know, it would be the son of the artist who made the image in the first place.

Robert explains a little about himself before explaining why this is not an offensive stereotype. For one thing, there are some racial stereotypes he really does object to. Not only did he join protests in the ’90s about some sports logos that bothered him, but he wrote a booklet on the topic of stereotypes. The image his father drew for Land-O-Lakes was not one of them, and it’s not merely because it was his father’s own handiwork.

The well-crafted letter goes into his father’s credentials which underscore the fact that his art was by no means accidental, but the work of a thoughtful, competent professional.

Mia was originally created for Land O’Lakes packaging in 1928. In 1939, she was redesigned as a native maiden kneeling in a farm field holding a butter box. In 1954, my father, Patrick DesJarlait, redesigned the image again.

My father had been interested in art since boyhood, when he drew images related to his Ojibwe culture. After leaving Pipestone boarding school in Minnesota in 1942, he joined the Navy and was assigned to San Diego, where he worked alongside animation artists from MGM and Walt Disney producing brochures and films for the war effort. In 1946, he established himself as one of the first modernists in American Indian fine art.

After I was born in 1946, my family moved from Red Lake, Minn., to Minneapolis, where my father broke racial barriers by establishing himself as an American Indian commercial artist in an art world dominated by white executives and artists. In addition to the Mia redesign, his many projects included creating the Hamm’s Beer bear. By often working with Native American imagery, he maintained a connection to his identity.

As mentioned, this project was a redesign. He made changes, but the changes he made were very intentional… both to the woman featured (‘Mia’), but even specific details in the setting where she was pictured.

When his father was finished, that image was modified so that it featured a real-world location: The Narrows — something that would be immediately recognizable to any Tribal Citizen of Red Lake.

He made intentional changes in the woman’s appearance, too. 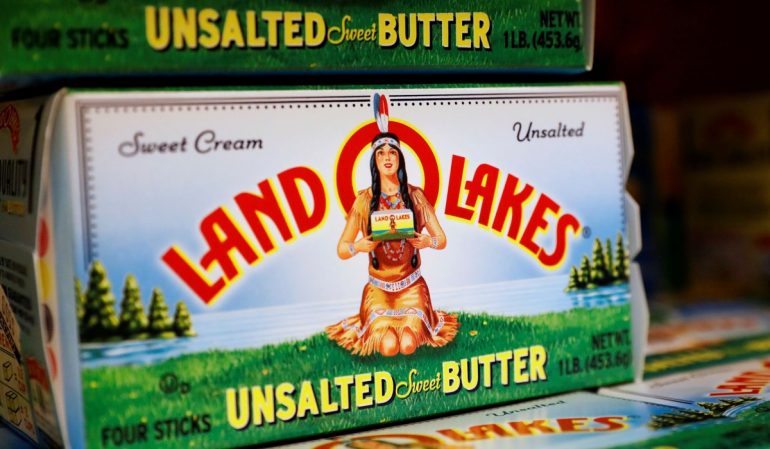 With the redesign, my father made Mia’s Native American connections more specific. He changed the beadwork designs on her dress by adding floral motifs that are common in Ojibwe art. He added two points of wooded shoreline to the lake that had often been depicted in the image’s background. It was a place any Red Lake tribal citizen would recognize as the Narrows, where Lower Red Lake and Upper Red Lake meet.

Both sets of changes were significant in that they were faithful to real-world realities.

For this reason, Mia does not fall under the same criticism that Robert reserves for some other depictions.

In my education booklet, “Rethinking Stereotypes,” I noted that communicating misinformation is an underlying function of stereotypes, including through visual images. One way that these images convey misinformation is in a passive, subliminal way that uses inaccurate depictions of tribal symbols, motifs, clothing and historical references. The other kind of stereotypical, misinforming imagery is more overt, with physical features caricatured and customs demeaned. “Through dominant language and art,” I wrote, “stereotypic imagery allows one to see, and believe, in an invented image, an invented race, based on generalizations.”

When the woman was quietly removed from the butter box, and the land left behind, that quickly became a meme, including one quote that caught traction, “They got rid of the Indian and Kept the Land”.

Now that we know that land was intended to depict Red Lake the artist’s home, this statement is all the more damning. 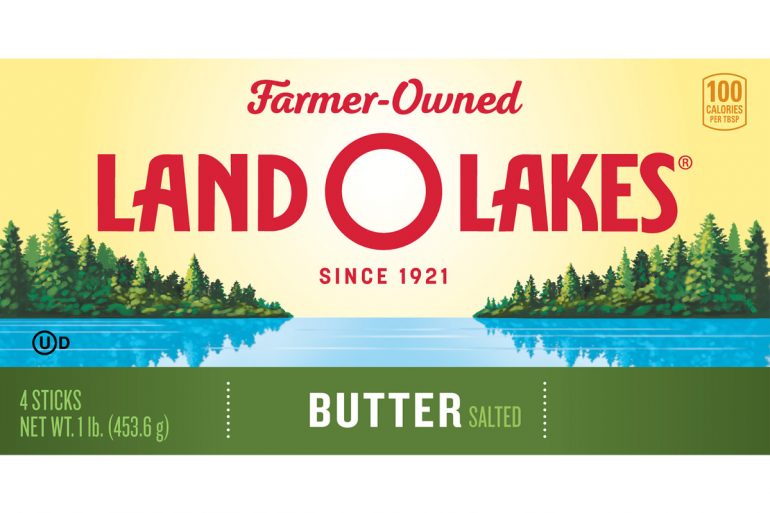 He concludes with this final thought:

That isn’t too far from the truth. Mia, the stereotype that wasn’t, leaves behind a landscape voided of identity and history. For those of us who are American Indian, it’s a history that is all too familiar.

Good work, cancel culture. In your zeal to purge the world of racism, you have (what’s that word you use for it) ‘erased’ an actual piece of legitimate, iconic, and native-crated artwork.

And like everything else the left does, you did it ‘for our own good’.

How long until you admit you’re just another stripe of totalitarians glibly burning down everything in society that doesn’t fit neatly into your narrow little world view.

Apart from the violence component (at least for now), you’re like ISIS… but with a smiley face.

We’ll close with an appropriate quote from CS Lewis:

“Of all tyrannies, a tyranny sincerely exercised for the good of its victims may be the most oppressive. It would be better to live under robber barons than under omnipotent moral busybodies. The robber baron’s cruelty may sometimes sleep, his cupidity may at some point be satiated; but those who torment us for our own good will torment us without end for they do so with the approval of their own conscience.”