Sorry to break it to you Jimmy, Xi will never ask you to the Prom, no matter HOW much you lick his boots.

Acosta is so committed to looking for ways to stick a shiv in Trump that he doesn’t mind siding with Communist propaganda to do it. 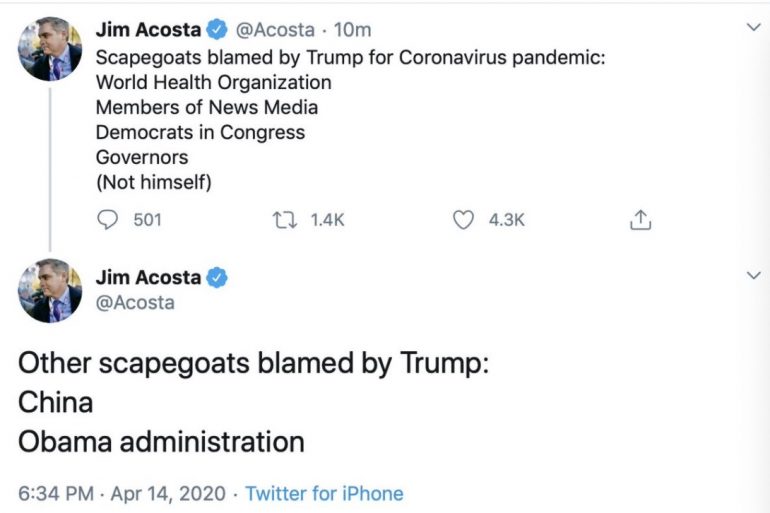 Of course, everyone on this list qualify as ‘scapegoats’ because there is exactly ONE person Acosta is desperate to hang the albatross of this crisis around the neck of, and he happens to be President of the United States. But why let facts get in the way?

What do we know about those ‘scapegoats’?

The WHO gave bogus guidance that robbed the entire world of precious time in ramping up their preparedness for the coming crisis. They also told us there had been no human-to-human transmission and that Masks don’t help.

Democrats in Congress? They’ve been spewing phrases like ‘blood on his hands’ while the record shows they took this threat less seriously than the President. You don’t get to have it both ways.

Governors? If you have any appreciation of the separation of powers, the Governors are far more directly responsible for preparations at the individual state level than the President. And when we hear news like Cuomo prioritized the purchase of solar panels over respirators, while stockpiling ‘extras’ in Jersey, it puts the crisis in a slightly different perspective.

News media? They’ve been busted consistently framing the news in the most damaging possible way … even if they have to flip the narrative, selectively edit Trump’s statements,  and contradict their own reporting to accomplish that.

Including the really ‘important’ stories serving the national interest like ridiculing Pence for praying with his Coronovirus team, falsely claiming that the President had ‘fired’ his Pandemic preparedness team, and kvetching that there were too many white men on it.

Face it, you’re no ‘victims’ here.

Obama was told about the need for more respirators, but they didn’t buy any. If there were a way to pin that on Dubya while letting their BFF Obama skate, we’re pretty confident they would do so in a heartbeat.

And China? Who could POSSIBLY point a finger of blame at the nation that lied about the extent of the problem, destroyed medical records, and refused to cooperate with the rest of the world while (it is claimed) discreetly buying up massive amounts of PPE from around the world to ship it to China? Was that for their own use, or to corner the market? Will we ever even know? 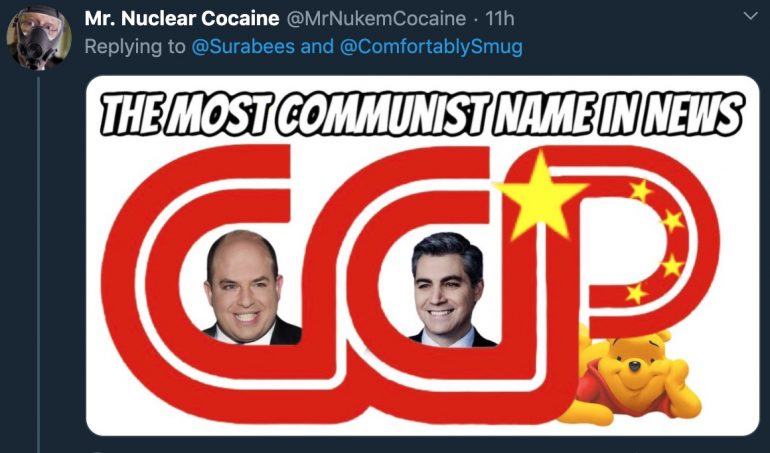 Pay no attention to the known history, though… 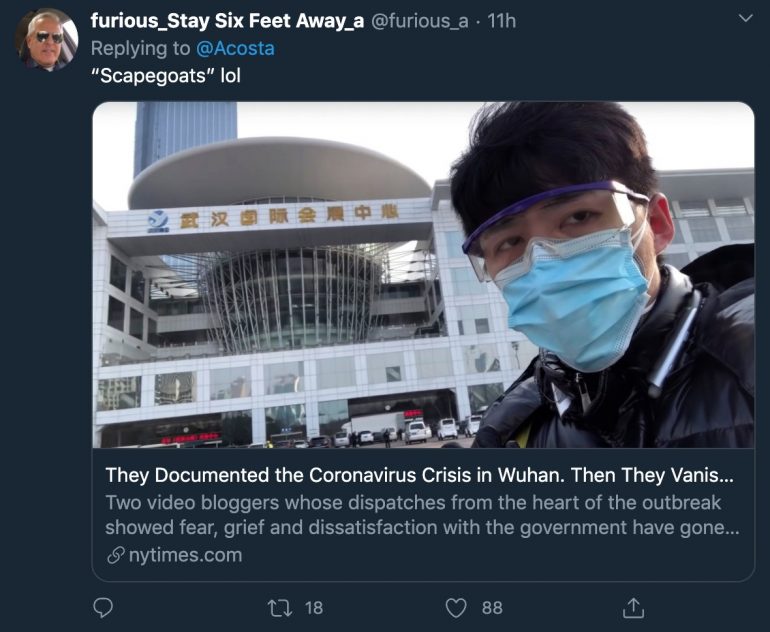 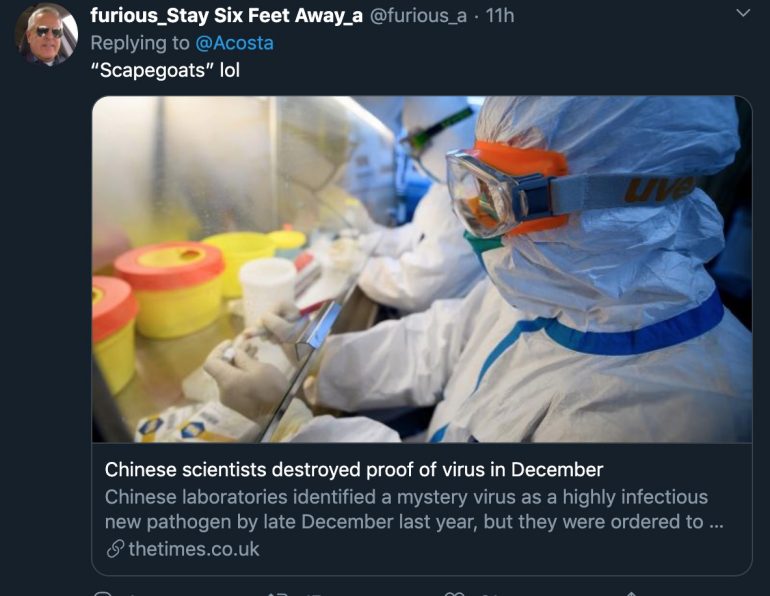 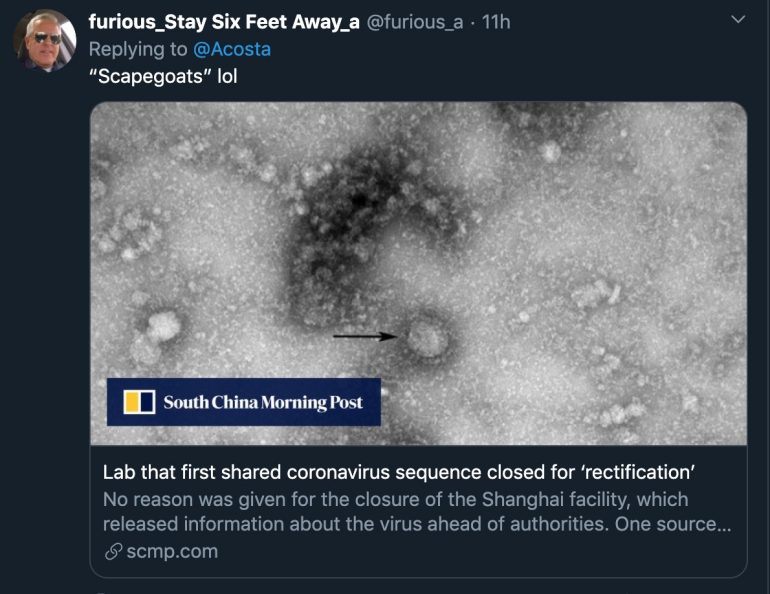 This is just Trump posturing. (Or something.)

Does anyone know whether Acosta’s paycheck is in Dollars or in Yuan?

Needless to say, he got trolled hard. 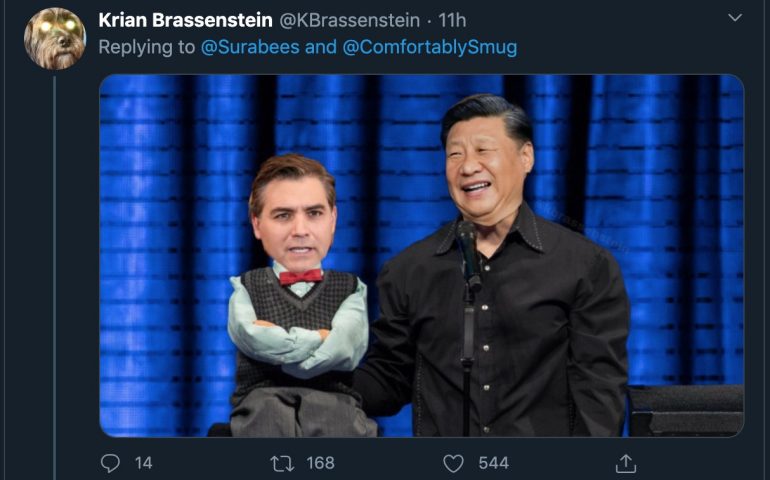 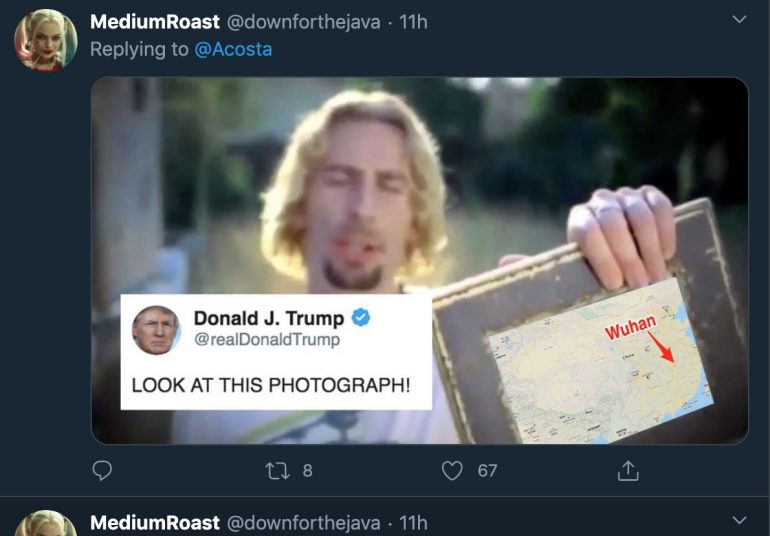 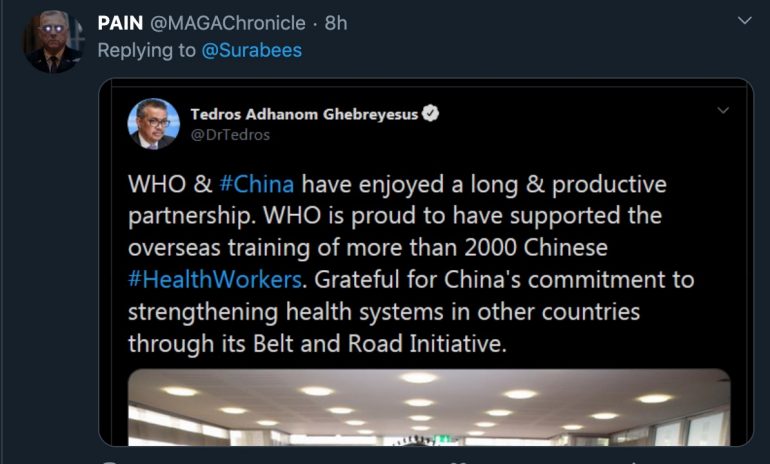 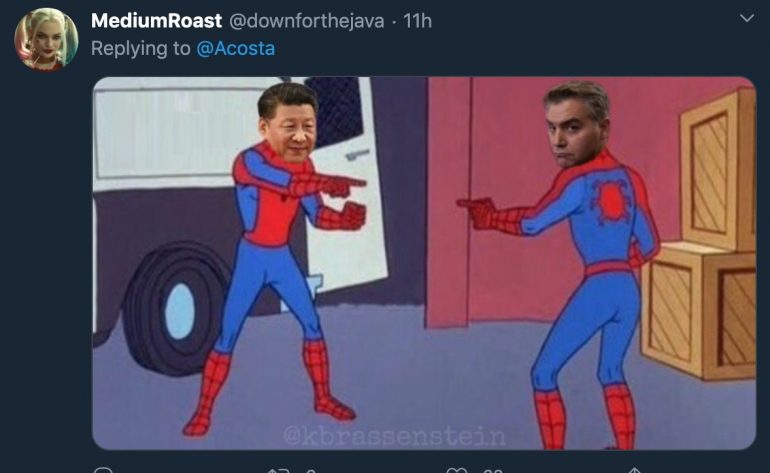 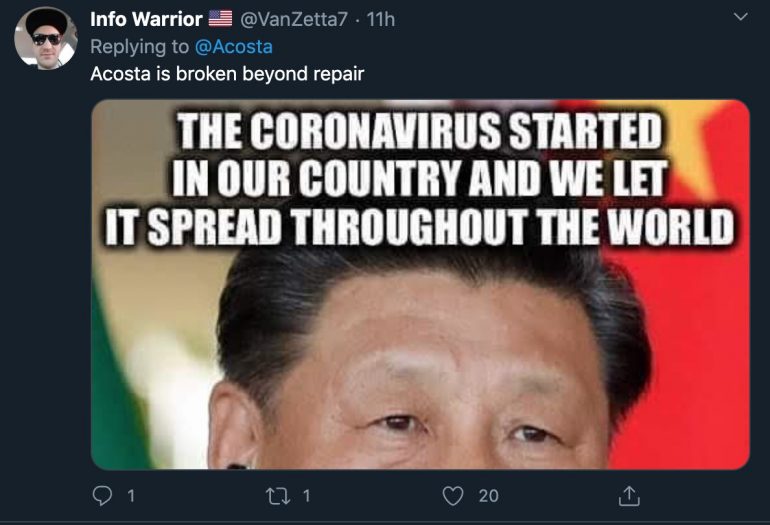 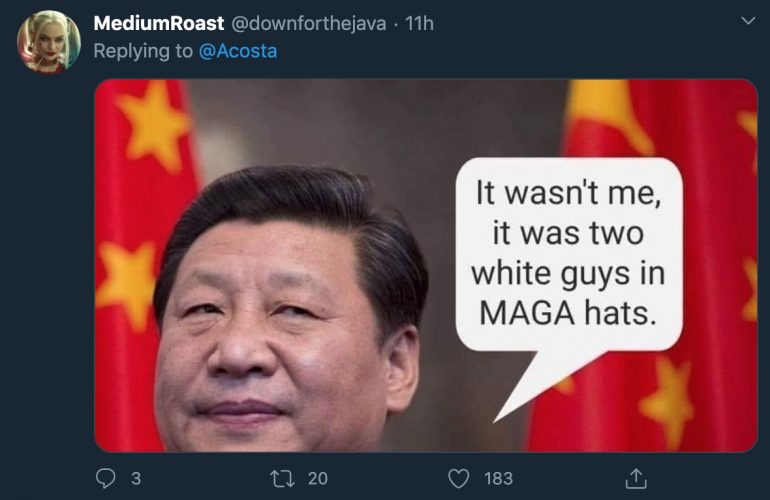 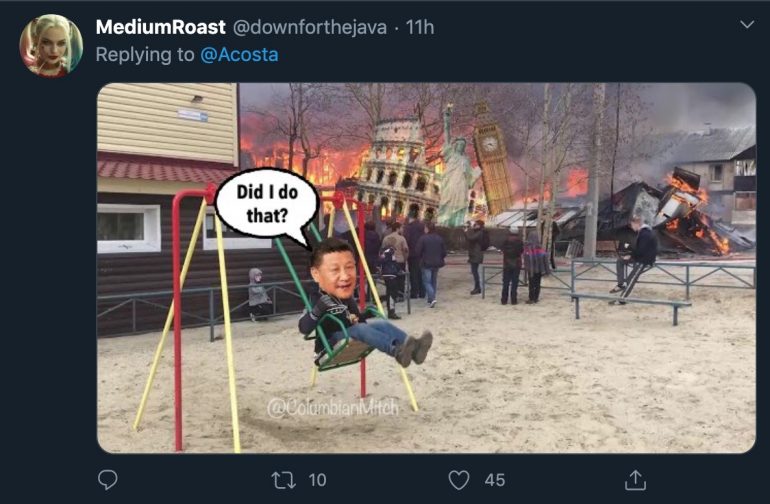 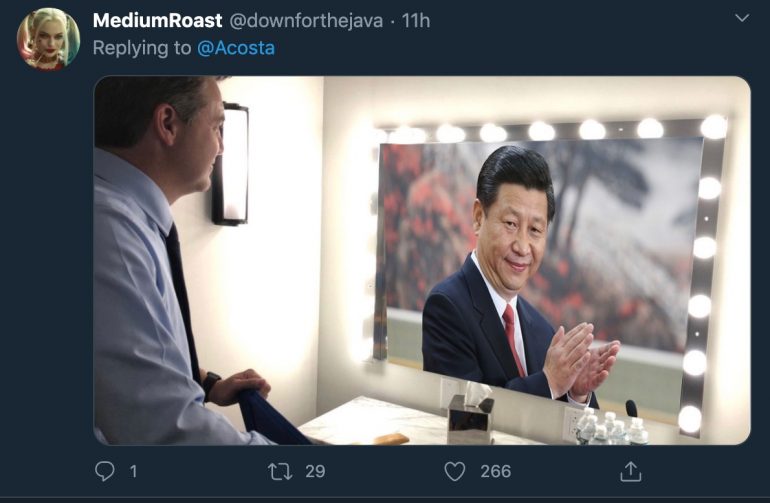 Maybe if Acosta spent more time actually REPORTING the news, rather than trying to manufacture it, he’d have more respect?

But of course, that would take levels of character and integrity beyond anything we’ve come to expect of Mr. ‘Dear Diary’ … isn’t it?