Undercover cops busted men from 20-74 years old trying to put the moves on what they thought were vulnerable kids. Here’s what they look like.

If someone told you that thirty creeps were lingering in your county just looking for an opportunity to pounce on some vulnerable young kid, would it freak you out?

These 30 scumbags were scooped up in one project during the Great Lockdown of 2020.

This bust happened to be in Fairfax County, Virginia. Statistically, we know this is just the tip of the iceberg, right?

So what do the scumbags — sorry, that’s ‘alleged scumbags’ — look like? The police department was kind enough to offer photos. Let’s look at them before we recap the project itself. 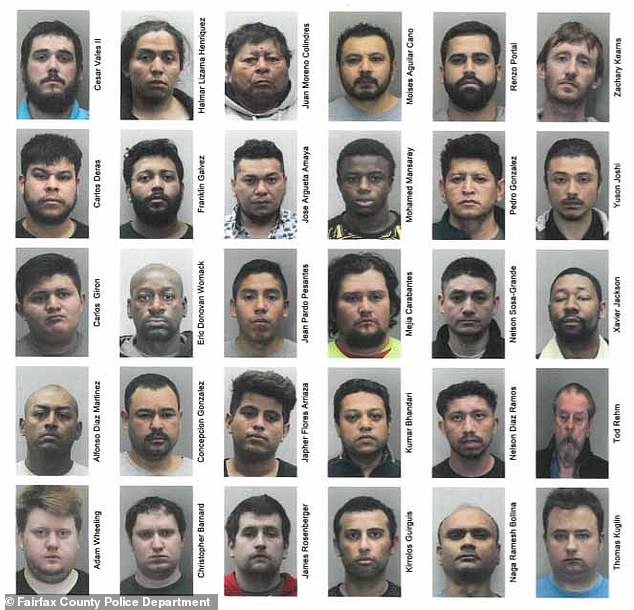 Police have arrested thirty alleged peodophiles in just one Virginia county over the course of this month as part of ‘Operation COVID Crackdown’.

The undercover investigation, designed to protect youngsters using the internet to take classes has seen a total of 68 felony charges put on 30 potential predataors.

Officers at Fairfax County Police found the pedophiles starting ‘explicit conversations’ with the decoy children online before trying to ‘initiate sex’ with them.

The alleged phedophiles, all male and aged 20 to 74, were arrested at the locations they had agreed to meet the ‘underage children’, who were actually police officers posing as chidren.

…The men arrested were either from Virginia county or had travelled from Maryland, West Virginia or Washington D.C. — Source: DailyMail