At Trump’s press conference on Monday Trump asked one young lady if she worked for the Chinese Communist Party. Her answer wasn’t the whole truth.

Not everyone was watching the press conference on Monday.

But those of you who did may remember the Chinese lady who took her turn to ask questions:

President Trump: "Who are you working for China? Do you work for China? Or are you with a newspaper?" pic.twitter.com/dTFTzfBYlm

Her answers were, at best, vague. And there’s a reason they would be.

She works for Phoenix TV.

Who are they? Ted Cruz knows all about them…

Phoenix TV has been waging information warfare in the US for yrs. They are nominally private but actually state owned. In 2018 I led effort to block them from using cutouts to spread propaganda. MSM should NEVER have given them seat at WH press conference. https://t.co/JswOrAwb8X

“I know from personal experience that Phoenix TV’s content is subject to the dictates of the leadership of the Central Communist Propaganda Department, Central Communist Overseas Propaganda Office, and the Ministry of Foreign Affairs which often directly sent instructions to Phoenix Satellite TV,” Pong said in a statement included in an FCC filing.

The Party and government instructions “included directives to remove specific items of news that violated the ‘Party’s news guidelines’ or positively reported [on] the United States or events in the United States,” he said.

That matches up pretty cleanly with what we know about a country that outlawed Winnie The Pooh because of an unflattering meme. 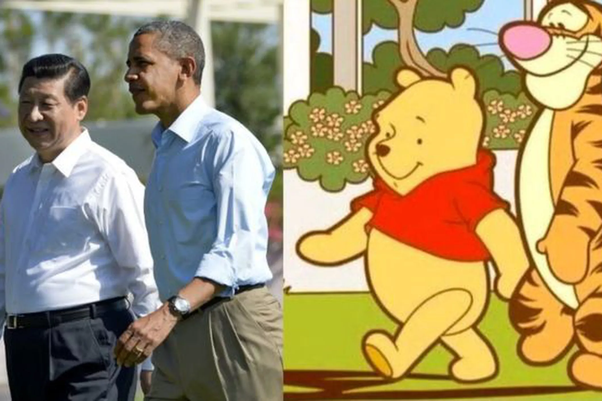 Somehow, this lady working for a Chinese Propaganda outlet can be present to ask questions of the President in these pressers.

Kudos to Trump for being able to smoke her out.