This could really throw a wrench in their agenda, especially since most of us believe the environment is merely the excuse they offer for the social change they are REALLY after.

But don’t take our word for it. As we’ve cited before, AOC’s own staffer admitted the Green New Deal was about social change, not environmental change.

Chakrabarti let the cat out of the bag in a recent extensive profile in The Post magazine. According to the report, Chakrabarti told an aide for Washington Gov. Jay Inslee (D), a presidential candidate, that his boss’s Green New Deal “wasn’t originally a climate thing at all.” “Do you guys think of it as a climate thing?” Chakrabarti says, “Because we really think of it as a how-do-you-change-the-entire-economy thing.” You can’t get much more revolutionary than that.

But technological developments in nuclear may make the Democrats’ key ‘green’ political power-play obsolete and therefore, Dead On Arrival. Worse still for the acivists, the new tech could destroy their ecological excuses for the ‘degrowth’ movement. 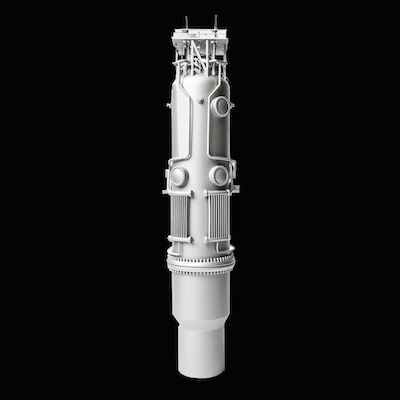 The DOE has just invested $160 Million in a next-generation nuclear reactor project that is nearing completion.

For the Fiscal Year 2020 budget, Congress appropriated $230 million to start a new demonstration program for advanced reactors. Through cost-shared partnerships with industry, ARDP will provide $160 million for initial funding to build two reactors that can be operational within the next 5 to 7 years.

“The next generation of nuclear energy is critical to our Nation’s energy security and environmental stewardship,” said U.S. Secretary of Energy Dan Brouillette. “As the recently released Nuclear Fuel Working Group’s Strategy to Restore American Nuclear Energy Leadership exemplifies, we must pursue technological innovation and advanced nuclear RD&D investments to strengthen American leadership in the next generation of nuclear technologies, ensuring a healthy and growing U.S. nuclear energy sector.”

In addition to the two reactors, ARDP will leverage the National Reactor Innovation Center (NRIC) to efficiently test and assess ARD technologies by engaging the world-renowned capabilities of the national laboratory system to move these reactors from blueprints to reality. —Office Of Nuclear Energy

Skeptical if tiny nuclear reactors are a good thing? Here’s an article making the case for adopting them.

This approach would resolve the problem the Green New Deal was blasted for failing to even recognize, let alone solve, as society shifts toward a lower-emissions energy future.

Why the Green New Deal is America’s Worst Nightmare