This is what an idiot looks like. Don’t be one. If you are going to OWN a firearm, learn how to properly handle it before you (or someone close to you) becomes a statistic.

ClashDaily is a full-throated and enthusiastic supporter of the Second Amendment. Full stop.

But, you need not be a fan of Spiderman to understand the importance of that ‘great power, great responsibility’ line they like to recycle.

Guns are a tool, not a toy. (They can be a FUN tool, sure, but still a tool.) They need to be handled with care the same way you shouldn’t go doing something stupid with, say, a chainsaw.

Try to count how many things this future ‘Darwin Award‘ candidate does wrong in his little ‘instructional’ video.

I had a heart attack three times watching this guy handle a gun pic.twitter.com/hQ1N79JTPi

It’s ‘instructional’ in all the wrong ways. A veritable ‘don’t try this at home, kids’ video.

Remember this line in the movie?

It was supposed to be funny, not predictive.If this dope keeps doing what he’s been doing, he’ll be lucky to get off this easy:

OK, which of the four rules of firearm safety did he break?
☑️ Finger off trigger until ready to shoot.
☑️ Don’t point at anything you don’t wish to destroy.
☑️ Treat every firearm as if it’s loaded.
✖️ Be aware of what’s around & behind the target, as well as the target itself.

He needs an intervention:

He needs a visit from Will Smith… pic.twitter.com/B5mkMKWBRp

Some familiar faces made an entirely justifiable appearance.

Fair warning, the language gets saltier as we go further… 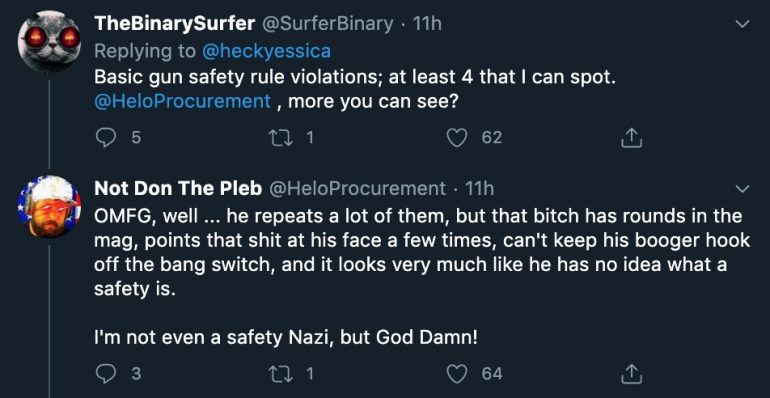 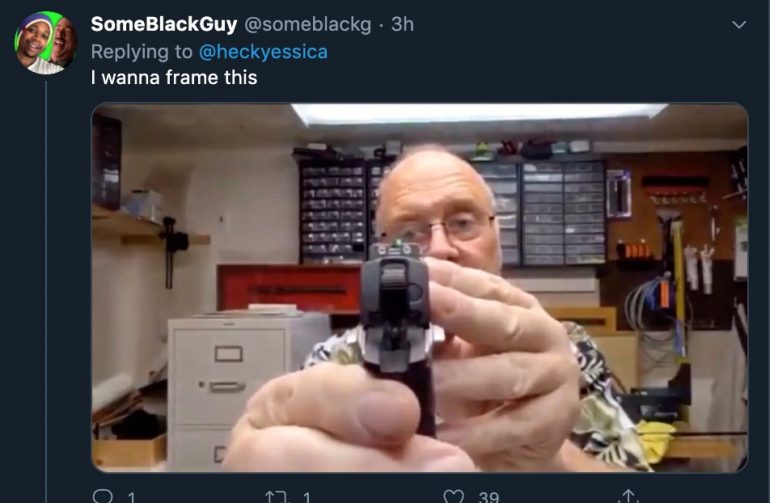 The voice of experience… 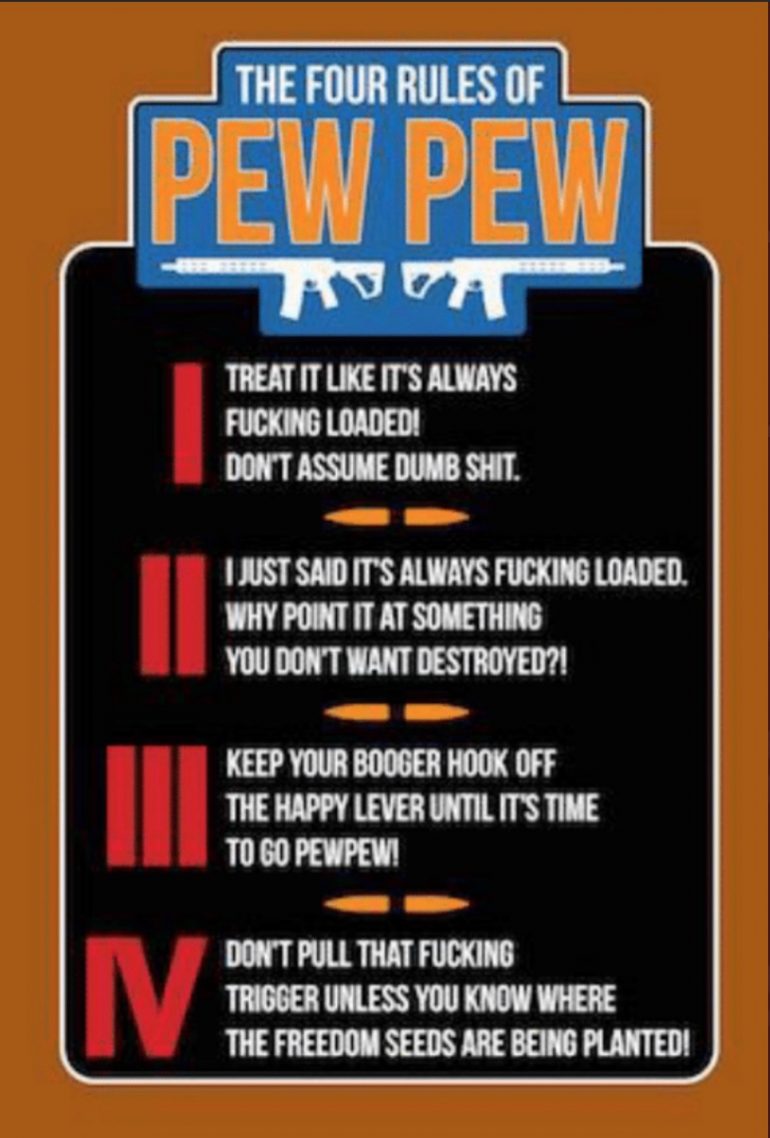