We are burning cities to cinders over the wrongful death of one man at the hands of a dirty cop. Can we not take a moment to care about the bodies stacking up in places like Chicago, too?

It’s the question nobody is supposed to ask: do the lives of victims being cut down in inner cities matter, too? Or just the ones that can be used to inflame grievances and push a narrative about unjust power dynamics?

The death of George Floyd was indefensible. For one, brief, shining moment the entire country seemed poised to turn their attention as one to address a problem that has long been discussed, but not been dealt with to the public’s satisfaction. Namely — does America truly care when bad cops do bad things.

Had we been able to keep it together for just a few more days, we might have cheered as one when we watched as the man responsible for something that outraged us all was charged and carried off to prison. But it was too late. By then, America had already split back into all of our squabbling factions, pointing fingers and casting blame.

Nineteen people were killed and at least 63 others were wounded by gun violence in Chicago’s most violent weekend of the year so far, which also saw widespread protests, riots and looting throughout the city in the wake of the Minneapolis police killing of George Floyd.

More than half of the weekend’s victims were shot on Sunday as the city reeled from violent protests Saturday night that led to hundreds of arrests and the implementation of a curfew.

The weekend’s toll surpasses the tally from the same weekend in 2019, when 52 people were wounded — 8 fatally — in citywide gun violence. —ChicagoSunTimes 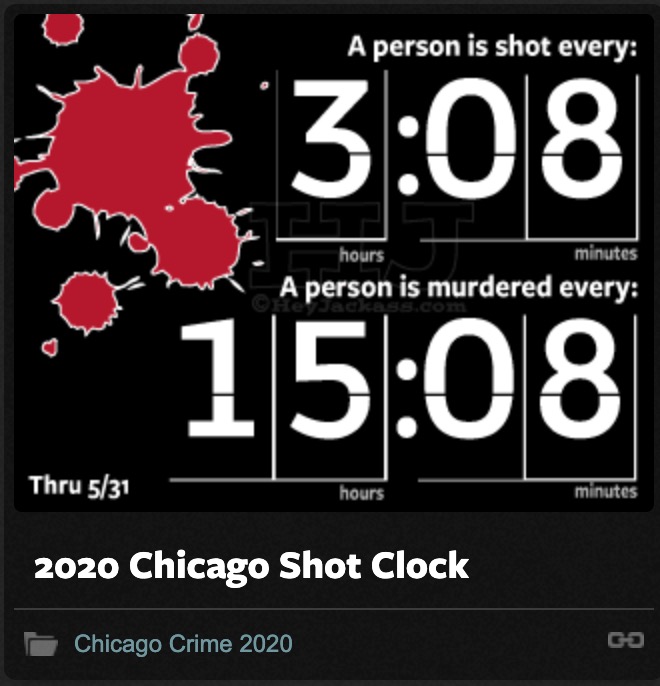 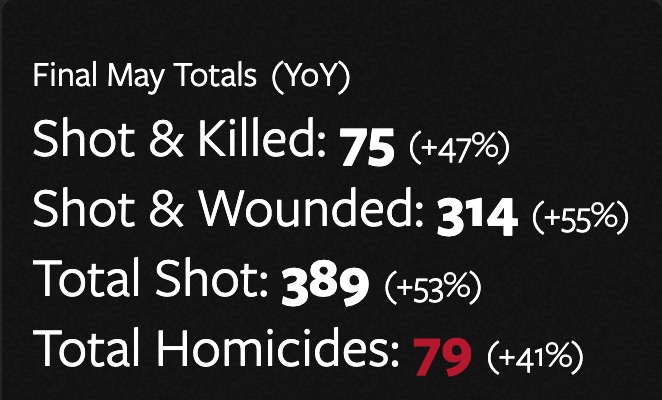 The HeyJackass website shows tracks some amazing stats on the violence none of us are supposed to speak about.

If the threat police are supposed to pose to civilians is an issue of national importance (regardless of whether or not the risks are accurately understood and portrayed by the public and media), and the 2020 COVID deaths were described as a national outrage for which the media has been demanding a scapegoat, do the deliberate killings of almost 20 people in a single city over a single weekend, or the shooting of almost 100 people over that same weekend matter?

It’s national news when some whackjob shoots up a school. But shooting up a neighborhood in the rough side of Chicago? Meh. Just another weekend in the rough part of town.

Try explaining that to the parents burying their children or young men in a city with a shockingly low conviction rate for murder cases.