A video of the Senator being interviewed was shared on social media has spawned a whole lot of conspiracy theories–including that the person on the video was a body double.

The video was of MSNBC’s Al Sharpton and Senator Kamala Harris(D-CA) discussing the life and legacy of civil rights activist John Lewis who died on July 17.

Sharpton’s Twitter account posted the video on Saturday and it got a whole lot of attention for all the wrong reasons.

The woman in the video bore almost no resemblance to Kamala Harris.

That woman looks like she’s had some implants put in, a lift of her face and neck, and her skin is lighter. And really, wtf is going on with her eyes?!

Some of the theories included that it wasn’t her at all.

A whole lot of people suspect that this was a body double or a “clone.”

Then the plastic surgery rumors were flying…perhaps because she’s on Biden’s shortlist in the Veepstakes.

Others noted that she seemed to have lightened her skin.

OMG!! What in hell happened to #KamalaHarris face???? Definitely a lot of facial work done. And if Kamala is so proud being black, then why the hell did she lighten her skin to be more white? Guess she and #HillaryClinton have the same doctor! Smdh! #anonymous #QAnon #QArmy pic.twitter.com/AUXbfKIX60

Who did Kamala Harris’ comestic surgery during the pandemic lockdown? ?

Kamala Harris may not end up Joe Biden's VP pick, but her episode of Botched will be lit!

And, Errol Webber seemed to have the same reaction that I did when I first saw the video–that it was shocking that Michael Jackson’s plastic surgeon was still getting work in 2020.

I saw that Kamala Harris interview.

I was waiting on her to break out into “Billie Jean” the whole time.

But, it seems that plastic surgery isn’t a likely cause of the vast differences in appearance.

There’s just no way that she couldn’t have had that much work done in a 24-hour period and still show up on television.

But it would seem that the answer is much simpler than a clone, rapid-healing cosmetic surgery, or that she’s an alien. 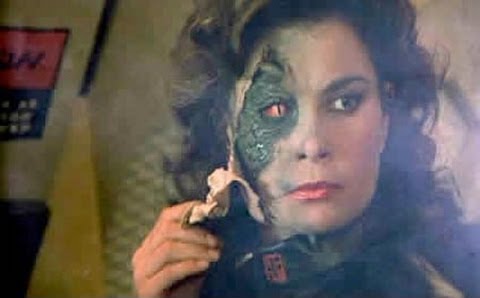 The answer is pretty simple–the video posted by Sharpton was one that appeared to be captured by a cellphone of a television screen and the lighting was pretty bad.

Here is the same MSNBC appearance that is sparking all sorts of conspiracy theories online. This one was uploaded to YouTube and was clearly what was on the air. In this video, Senator Harris looks…well, like Senator Harris.

The moral of the story–people are clearly not actually watching MSNBC.

But I admit, it does happen to the best of us…

Looks like Kamala had a little work done. And by "a little" I mean cheek implants, chin implant, a face lift, and a neck lift. ?