The line between reality and parody is blurring, and it’s people like this chick who are making that happen.

Now that cancel culture and ‘name and shame’ have become tools to bully businesses and attack perfect strangers, idiots with phones are out in force proudly putting their ignorance on full display.

The strangest part is that this chick thinks she’s the hero in this story and not the clown.

She took the time to upload this onto social media, so she obviously thought this was some kind of a ‘win’ for her. (It wasn’t.)

Asians selling bubble tea being screamed at for “stealing black culture” and then when a black guy in line steps up to defend them, he gets called a racist slur.

This pompous social-justice warrior, whoever she is, decided to pick a fight with some people minding their own business at a Bubble Tea store.

If you’re unfamiliar with Bubble Tea, it’s a popular drink that originated in Taiwan, invented in the 1980s. In includes tapioca. 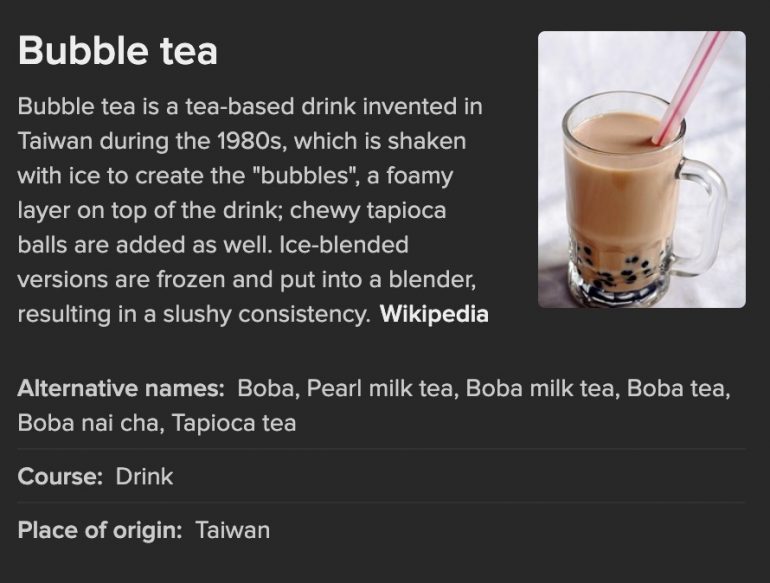 Taiwan, for anyone who failed geography, is NOT in Africa. It is populated by ethnically Chinese people, because it is the part of China that did not capitulate to Mao. It’s political status as a state is disputed. They consider themselves independent from China, but China claims it as their own.

And now, some random Woke chick with a camera wants to claim their culture as stolen. She’s angry that a Bubble Tea shop is NOT ‘black-owned’, and is angry at these employees for stealing Black Culture like that.

Maybe it’s time you put the phone down and read a book for once, lady.

Why does she assume it’s ‘appropriating black culture? Heres’ one possible explanation. Tapioca comes from the cassava or yuca plant, and is common in Africa.

The photo above is of cassava root (also known as yuca in some parts of the world). It’s mainly cultivated and eaten in tropical regions; it started off in Northern Brazil, but eventually made its way across the South American continent and over to Africa and Asia. It’s prized for its ability to grow in low-nutrient soils and harvest quickly. It’s also loved for its culinary versatility. Cassava can be mashed, cooked into soups or fried into, well, fries. And it’s also used to make tapioca…. –Huffpo

So, if she really wanted to be honest, she’d be mad at Africa for appropriating Brazillian food and culture. Of course, she’d never want to do that.

And then, did you notice what she calls the black guy who tries to talk her down from the ledge she’s perched on?

He dares to disagree with her so that obviously makes him ‘a c**n’.

No, lady. This whole episode does NOT make that man, whoever he is, a ‘c**n’.

But it DOES make YOU a clown.

Go home and make yourself a drink. We even have a recommendation: 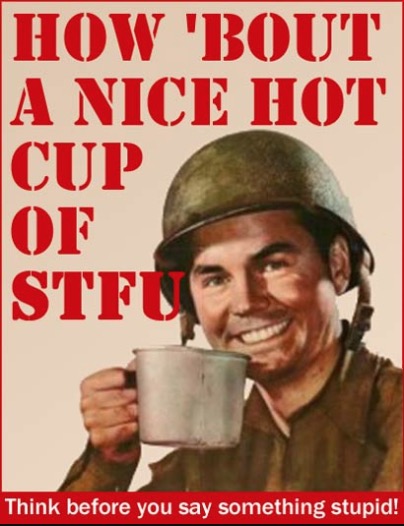 That guy behind the counter is a real champ. He must have the patience of Job to put up with crazies like her.

Here’s who this chick is.

The strong black Muslim woman in the video who berated an Asian boba store in Aurora, Colo. for not being "black-owned" is 23-year-old Alewia Tola Roba, from Denver. She appears to have graduated this year from university & is extremely proud of being Ethiopian. #BlackLivesMatter pic.twitter.com/rQ5hrmQMYx

As it turns out, it wasn’t the tapioca that bothered her. It was something even more lame than that.

The newly-opened shop in Colorado is called ‘Trap Tea’. Evidently, a ‘Traphouse’ is slang for a crackhouse.

23-year-old Alewia Tola Roba walked into the newly-opened store in Aurora, Colorado, and berated the Asian-owned business on Friday, arguing that it had no right claiming that name which Roba considered African-American slang.

According to Urban Dictionary, a “trap house” is used to describe a “crack house,” a place in a “shady neighborhood” where illegal drugs are manufactured, packaged for sale, or sold on the street. — PostMillenial

Maybe it’s just this writer, but if she associates ethnicity with criminality and drug dependency, maybe Alewia is the one with a messed-up view of what actually constitutes ‘black culture’.