When the left shows you who they are, believe them.

The President has just suffered the loss of his youngest brother, Robert Trump, who died on Saturday night. President Trump had gone to New York on Friday to visit his brother in the hospital.

Donald Trump‘s brother Robert, 71, has died just one day after the president visited him in hospital in New York…

…Robert, who reportedly took blood thinners, had suffered recent brain bleeds that began after a recent fall, according to a close friend of the family, who spoke to The New York Times

Over the past few weeks, he had not been able to speak on the phone, according to the family friend.
Source: Daily Mail

ABC News posted a photo of President Trump with his touching statement on his brother’s death. “It is with a heavy heart that I share that my wonderful brother, Robert, peacefully passed away tonight. He was not just my brother but my best friend. He will be greatly missed, but we will meet again. His memory will live on in my heart forever. Robert, I love you. Rest in peace.” 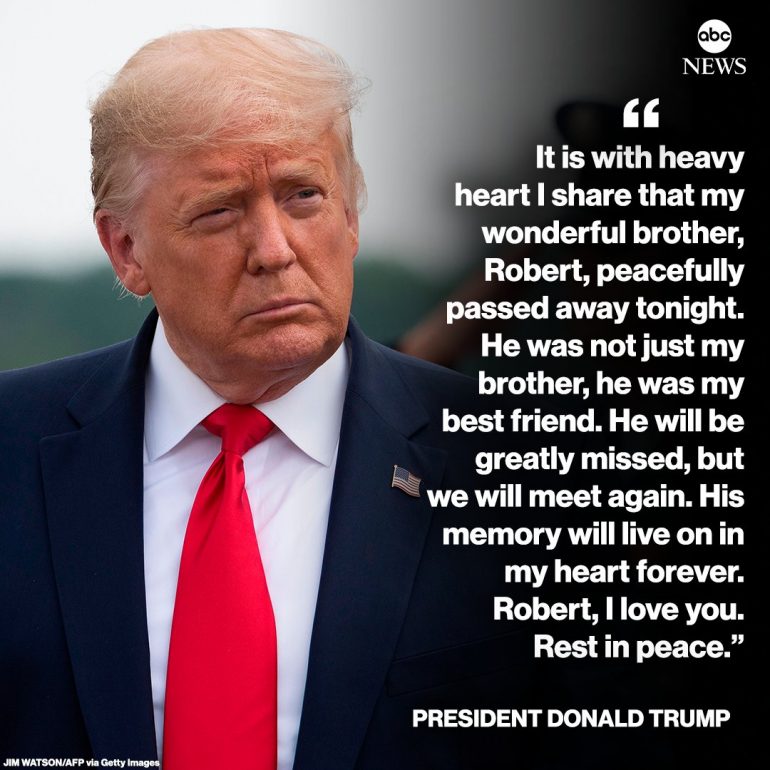 President Trump’s eldest children made public statements on Twitter about the passing of their uncle.

Uncle Rob, we love you and we will miss you. R.I.P

Uncle Robert, we love you. You are in our hearts and prayers, always.

Robert Trump was an incredible man – strong, kind and loyal to the core. Anyone who encountered him felt his warmth immediately. He will be deeply missed by our entire family.

Former Vice President Biden gave his condolences and said that he and Jill were praying for the Trump family.

Mr. President, Jill and I are sad to learn of your younger brother Robert’s passing. I know the tremendous pain of losing a loved one — and I know how important family is in moments like these. I hope you know that our prayers are with you all.

Not everyone was so classy, however.

This is an opportunity for anti-Trump leftists to say nasty things about the President and the Trump family as they mourn the loss of a beloved family member.

Conservatives were preparing themselves for the Democrats to “pounce”–and the left did not fail to deliver. it was pretty much an immediate reaction to the news.

The hashtag #WrongTrump was trending on Twitter as were “Robert Trump” and “Rest in Peace.”

This is the far left.

They aren’t hiding their extreme views.

Remember how I keep telling you that liberals want you dead?

The fact that #wrongtrump trends on Twitter explains how vile the left have become.

And no, it’s not just conservatives reacting to the hashtag. Some of the most vile responses have been from “journalists” on the left.

ClashDaily has decided to use screenshots of the tweets rather than embedding them here. Who knows, these people may have a shred of humanity left and decide to delete their tweets. 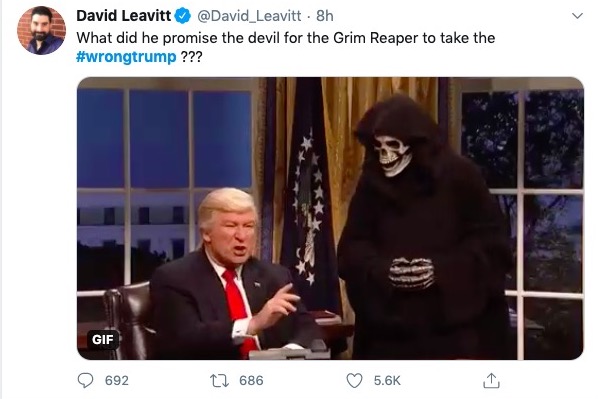 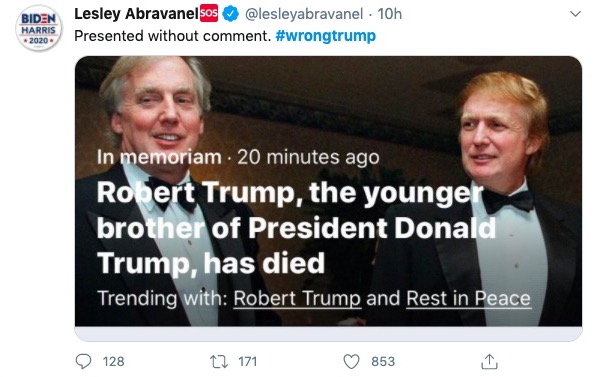 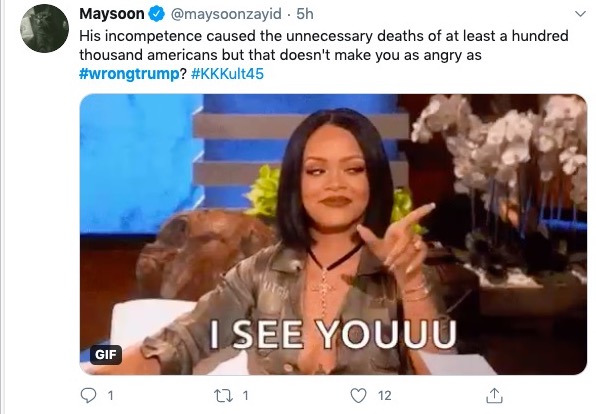 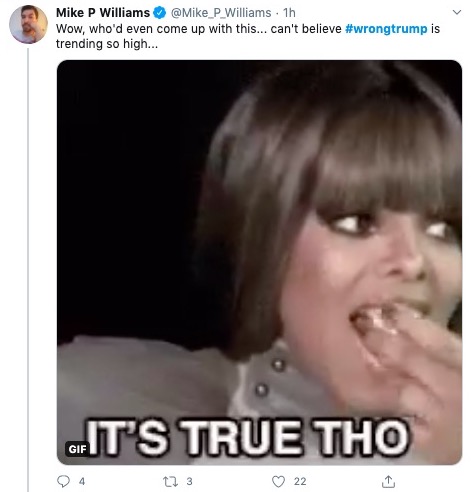 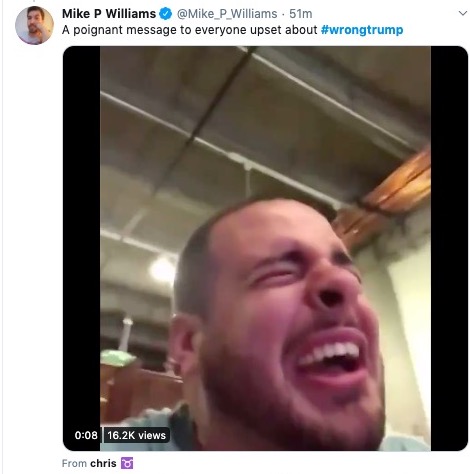 The unverified leftist randos on Twitter got involved, too, but they’re far too many of them to include here. 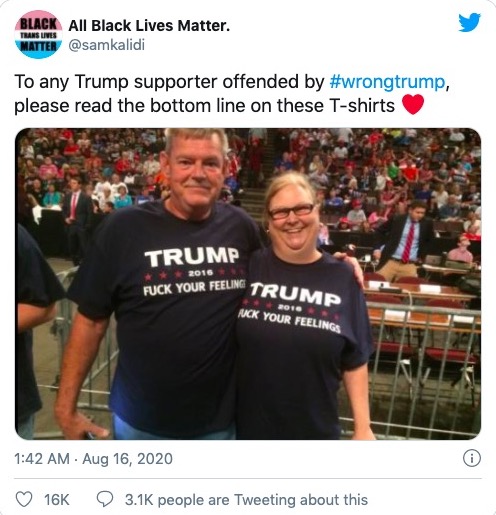 The worst one, however, was a man who calls himself a Bishop. Vile, disgusting race-baiter “Bishop” Talbert Swan with a verified Twitter-check decided to make sure that #WrongTrump continued to trend. 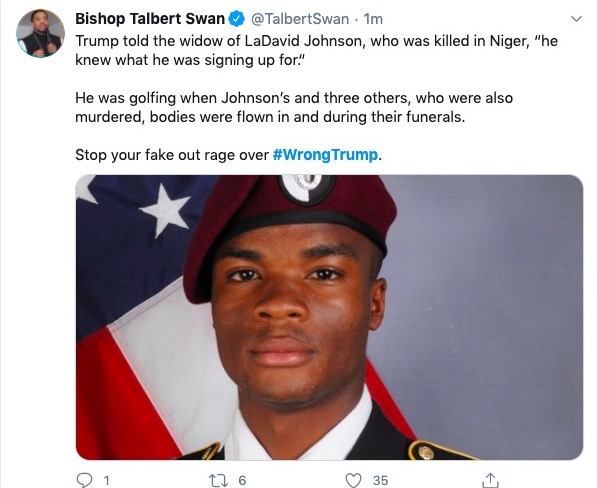 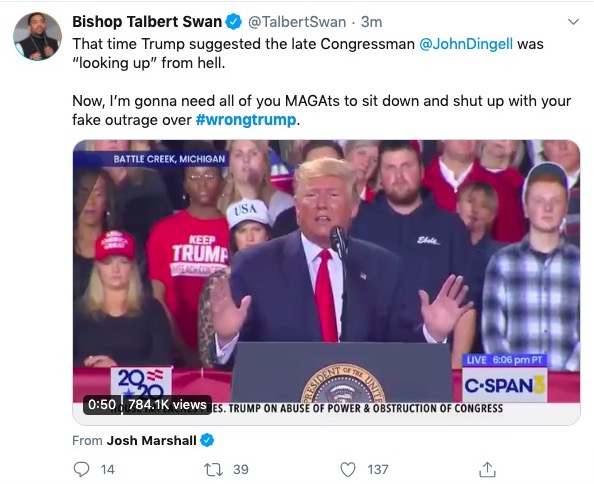 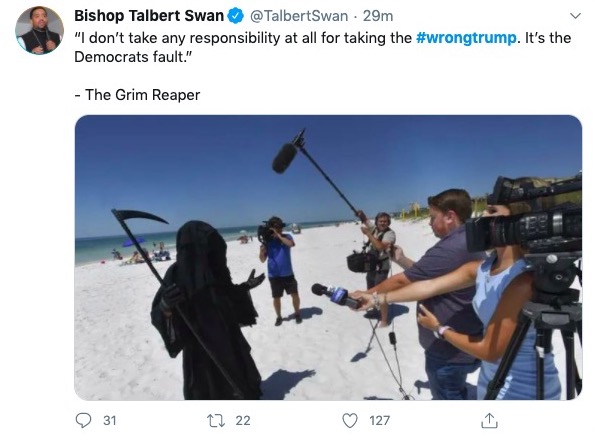 This guy is so disgusting.

I guess he has nothing better to do on a Sunday morning. But then, I’m not precisely certain that he’s a Christian bishop at all. When does the Satanic temple meet anyway?

That was the question that conservative commentator, Megan Fox, asked.

Bishop of what? The satanic temple? https://t.co/dWmFK0aAfR

Jerry Dunleavy of the Washington Examiner noted that the Washington Post headline on the Robert Trump obituary noted the lawsuit he filed against his niece, Mary, to stop her tell-all book on President Trump. He then contrasted that to the original headline that they used for the death of terrorist al-Baghdadi.

Dunking on WaPo gets results. pic.twitter.com/1McUxJsD7X

The Associated Press story wasn’t ghoulish in the headline–they reserved the cruelty for the copy. It was right there in the lede.

This is the Associated Press lede of their Robert Trump obituary pic.twitter.com/yKfieY6CGR

Trump Derangement Syndrome is so awful and it’s become normal in our society. Orange Man is soooo bad that you can use the death of his younger brother to mock him.

These are seriously vile people.

But some of us still have our humanity.

Rest in peace, Robert Trump. Our thoughts and prayers are with the Trump family at this time.