First Lady Melania Trump has been constantly criticized by the left, but they would ADORE her if she was one of them.

She’d be on the cover of every magazine, they’d be highlighting her “Be Best” program, and they’d talk about her “inspiring story” as an immigrant from Slovenia who married the man who made it to the White House. She’d be an inspiration to everyone.

But she’s not a Democrat, so even if she happened to be a bitter, angry, America-loathing, not-so-bright, hypocritical, serial lying black woman named Michelle–which the left adored for the past 12 years–they’d still dunk on her for being Republican.

The worst are the celebrities that attack Melania. They just can’t seem to stand Republican women–especially beautiful, intelligent ones.

Chelsea Handler, Rosie O’Donnell, and others have come after Melania before and it’s often to attack her accent.

Bette Midler decided to join in the fun in a tweetstorm aimed straight at the First Lady.

Midler mocked the First Lady’s accent, called her an “illegal alien” and an “awful person” as well as suggesting that she just married President Trump for his money. 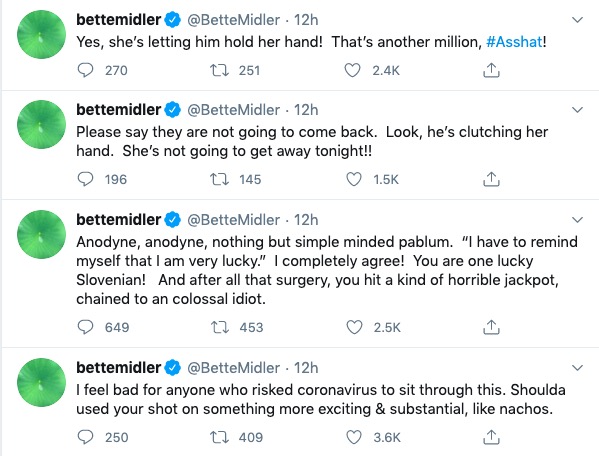 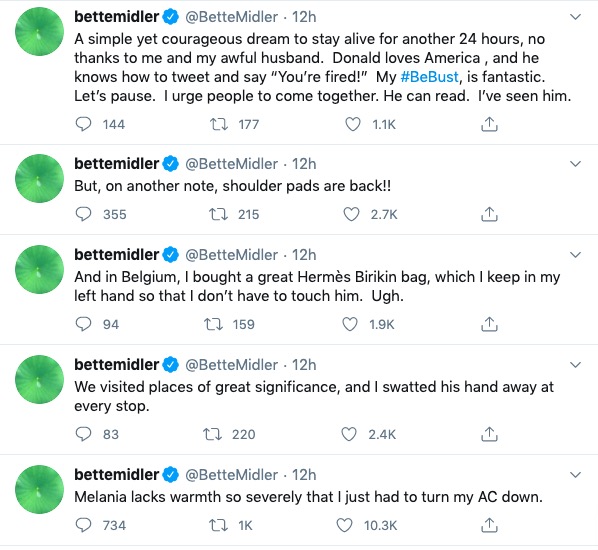 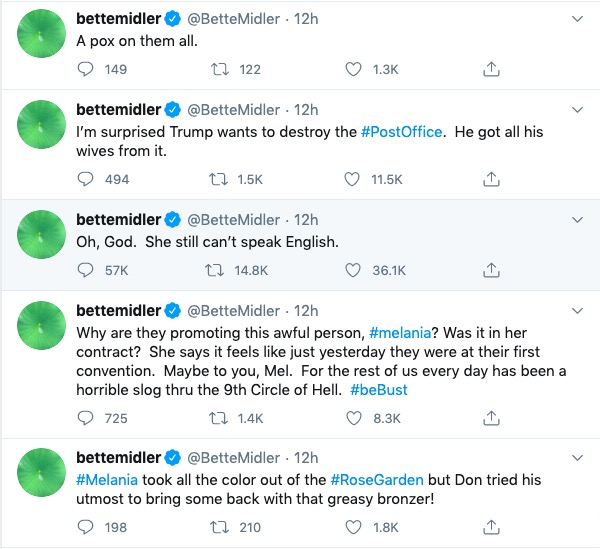 One tweet that caught people’s attention was when she wrote, “Oh God. She still can’t speak English.”

She got a lot of pushback on that one with many Republicans on Twitter calling her racist for that kind of language.

Yeah, I’m not buying that. She got shamed for being a bigot and came up with this lame excuse.

She also had her mind made up that she was going to hate the speech and just used it as an opportunity to attack the First Lady and by extension President Trump.

Actually, we don’t really need to tell them where to go because they’re already on the left.