Building on that question from 2016, ‘What the hell do you have to lose’, Trump is now casting a specific vision of what Black Americans have to gain by voting Republican on November 3rd.

For decades, politicians like Biden promised the moon, but haven’t delivered diddly squat to the people they claimed to champion. Black voters have been taken for granted.

While Dems cling desperately to the lie that Trump embraces white supremacists and hates Black Americans, Trump is putting forward an agenda that will deal with many the issues plaguing Democrat cities once and for all.

For those too lazy or dishonest to read the transcript from that oft-misquoted Charlottesville ‘very fine people’ line and see for yourself that bigots have been explicitly denounced (as have the Black Block Antifa types agitating violence in that same event), Trump has written it in words so simple that even a leftist brick-chucker could understand it.

Among a number of specific and ‘deliverable’ promises, Trump has also made a dramatic policy shift that will relevant to the racially-charged politics of the day.

Some of the groups most recognizable for past or present violent behavior energized by racial motives will be reclassified as terrorist groups.

Talk about consistency. Anyone who has read those transcripts knows that in 2018, Trump denounced the KKK and the leftist activists showing up in Black Block clothes and carrying riot gear.

Biden, on the other hand, still cannot bring himself to denounce Antifa by name, his running mate is helping promote fundraisers to pay bail for the rioters, and Democrats walked out of a meeting where Nadler called Antifa a ‘myth’ and Maise Hirono, in a fit of pique, stormed out of a Senate meeting where she (and other Democrats) refused to say a single negative word about Antifa.

– Classify the KKK and ANTIFA as terrorist organizations

– $500 billion increase in access to capital in Black communities 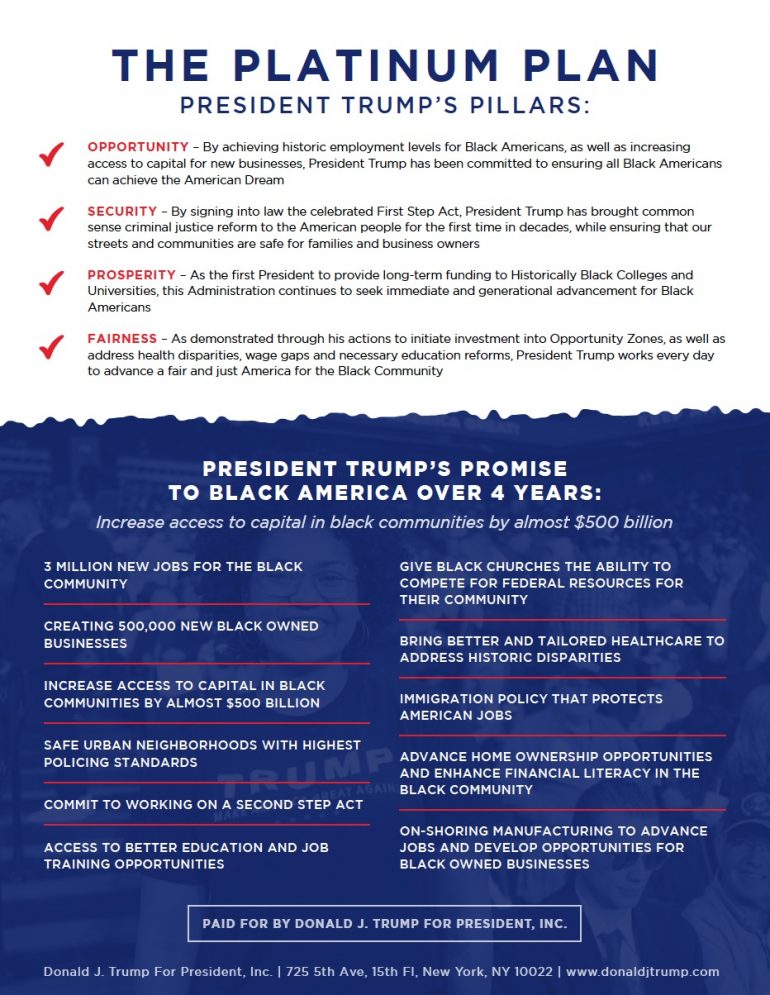 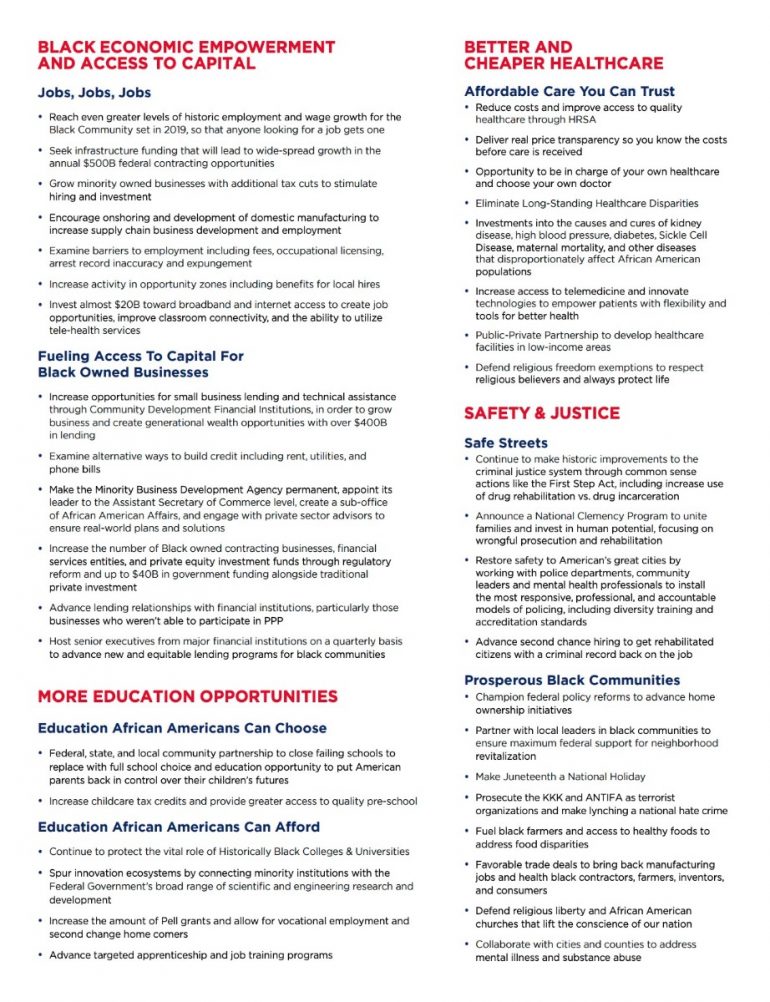 For a supposed racist, Trump does a lot of things that would stick in a White Supremacist’s craw.

President @realDonaldTrump: Obama and Biden cut funding for Historically Black Colleges and Universities. I increased HBCU funding and made it PERMANENT!#BlackVoicesforTrump pic.twitter.com/UDrYRvZ6Xv

I was honored to be back in Georgia with a truly incredible organization—BLACK VOICES FOR TRUMP, where I announced a brand new plan to deliver more opportunity, more security, more fairness, and more prosperity to black communities. #ThePlatinumPlan https://t.co/wBqUTUOVR6

What are some highlights from this plan?

Safe Streets…
-Continue to make historic improvements to criminal justice system
-National Clemency Program to unite families and invest in human potential, focusing on wrongful prosecution and rehabilitation
-Restore safety to American’s great cities by working with police departments, community leaders, and mental health professionals to install the most responsive, professional, and accountable models of policing, including diversity training and accreditation standards
-Advance second chance hiring to get rehabilitated citizens with a criminal record back on the job