The Medi(D) is atrocious in its job at reporting “just the facts” but excellent as activists and propagandists for the Democratic Party.

Relevant facts related to the “bombshell” report by the New York Times was buried way down deep into the article.

It’s much easier to push the anti-Trump agenda that the President is a “tax cheat” if the actual details are fuzzy and The Times refuses to publish the actual documents, just their interpretation of them.

That way, it can be glommed onto by any journo hack who can’t be bothered to read.

In an Editorial Note, rabid anti-Trumper, Dean Baquet — who held a staff meeting on how to cover Trump after accidentally printing a positive headline abou the President — said that it was totes kewl that the Paper Of Record™ publishes the private tax documents illegally leaked to them from a third-party because…First Amendment.

Some will raise questions about publishing the president’s personal tax information. But the Supreme Court has repeatedly ruled that the First Amendment allows the press to publish newsworthy information that was legally obtained by reporters even when those in power fight to keep it hidden. That powerful principle of the First Amendment applies here.

Ah, yes. The First Amendment that protects The Times from penalties for printing a clear violation against U.S. Code § 7213 is ironically the same one that protects Senator Tom Cotton (R-AK) when he writes an op-ed in said newspaper about invoking the insurrection act in the opinion section. Clearly, the staff over at The New York Times who had their hair on fire and demanded the ouster of their Op-Ed editor didn’t quite understand the concept of “free speech.”

Anywho, as mentioned, The Times has published a “bombshell” all about Trump’s taxes in order to discredit him.

The tax returns that Mr. Trump has long fought to keep private tell a story fundamentally different from the one he has sold to the American public. His reports to the I.R.S. portray a businessman who takes in hundreds of millions of dollars a year yet racks up chronic losses that he aggressively employs to avoid paying taxes. Now, with his financial challenges mounting, the records show that he depends more and more on making money from businesses that put him in potential and often direct conflict of interest with his job as president.

Let’s back up for a second to the “bombshell” in paragraph 1:

Donald J. Trump paid $750 in federal income taxes the year he won the presidency. In his first year in the White House, he paid another $750.

Then you get halfway through the article to paragraphs 79-81 (Emphasis Added):

Each time, he requested an extension to file his 1040; and each time, he made the required payment to the I.R.S. for income taxes he might owe — $1 million for 2016 and $4.2 million for 2017. But virtually all of that liability was washed away when he eventually filed, and most of the payments were rolled forward to cover potential taxes in future years.

To cancel out the tax bills, Mr. Trump made use of $9.7 million in business investment credits, at least some of which related to his renovation of the Old Post Office hotel, which qualified for a historic-preservation tax break. Although he had more than enough credits to owe no taxes at all, his accountants appear to have carved out an allowance for a small tax liability for both 2016 and 2017.

So, President Trump used available tax credits and didn’t do anything illegal.

President Trump has basically said this in 2016 during the First Presidential debate:

The New York Times has obtained tax-return data extending over more than two decades for Mr. Trump and the hundreds of companies that make up his business organization, including detailed information from his first two years in office. It does not include his personal returns for 2018 or 2019. This article offers an overview of The Times’s findings; additional articles will be published in the coming weeks…

…In response to a letter summarizing The Times’s findings, Alan Garten, a lawyer for the Trump Organization, said that “most, if not all, of the facts appear to be inaccurate” and requested the documents on which they were based. After The Times declined to provide the records, in order to protect its sources, Mr. Garten took direct issue only with the amount of taxes Mr. Trump had paid.

With the term “personal taxes,” however, Mr. Garten appears to be conflating income taxes with other federal taxes Mr. Trump has paid — Social Security, Medicare and taxes for his household employees. Mr. Garten also asserted that some of what the president owed was “paid with tax credits,” a misleading characterization of credits, which reduce a business owner’s income-tax bill as a reward for various activities, like historic preservation.

There is no “bombshell”–it’s a dud.

They didn’t even discover “any previously unreported connections to Russia” in the 17 years of tax docs that they looked at. Because… of course they were looking for that. That was the main purpose of trying to get their grubby little mitts on his taxes in the first place.

As Ryan Ellis summed up over at The Federalist:

The bottom line is that the Trump business empire is basically a closed circuit — profits from business A are used to prop up business B and acquire business C. That creates a lot of deductions that offset the profit, which in turn means that in some years, very little tax is owed…

…Here is where the story really falls down. It does not inform the reader about the crucial distinction between tax evasion (illegally misrepresenting income and deductions to fraudulently lessen tax liability) and tax avoidance (legally using available deductions and other tax benefits to legitimately lessen tax liability). This difference is the axle upon which the entire story turns.

Unfortunately for the New York Times, all it has managed to uncover is a very aggressive taxpayer working with a very talented team of tax professionals pushing every legal tax avoidance strategy they can muster. God bless them for it…

…Businesses can and should deduct all ordinary and necessary expenses against business revenue to arrive at business profit — period, end of story. To deny this is to implicitly endorse a gross receipts tax on business income, something tax experts of all persuasions will tell you is the singularly most unfair way to tax businesses.

The Libs are desperate because they know that Biden is an even worse candidate than Hillary.

This one was an epic hit-piece fail.

Congrats, New York Times. You deserve an award for that. It’s not the Pulitzer Prize, but it’s well-deserved. 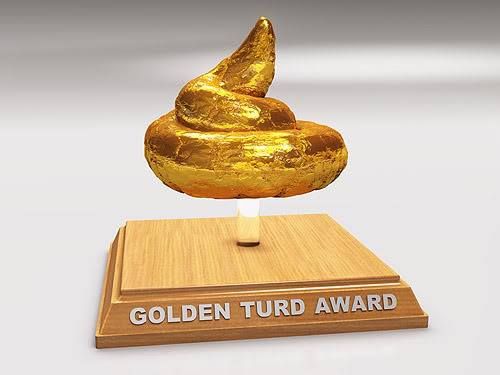