Follow-up to this story here.
Attention Fox News: Here Is George Soros In His Own Words (VIDEO)

Hey Harris — Blink Twice if you’re being held there against your will.

Under normal circumstances, Harris Faulkner is one of the better Fox News hosts. She’s intelligent, professional, and she keeps the other personalities from chasing too many rabbits down partisan rabbit holes.

But normally, so long as you can back up your claims, anything true is considered fair game.

So why did she recoil like a scalded dog when Newt Gingrich mentioned the huge dollars at play in putting hard-left AGs in place with what can be most charitably described as ‘a dubious commitment to getting crime off the streets’?

Here’s the clip in question. Watch Harris’s reaction to the invocation of He who shall Not Be Named, an immediate deflection from the mention of That Name followed by a long, awkward silence. After that, you will notice the smug grin on the Leftist contributor Marie Harf’s face.

Why are they acting like they are being muzzled, and in such a hurry to change the topic? The left doesn’t hesitate to speak in similar terms about billionaire supporters on the right and makes copious use of ominous whispers about ‘dark money’. They openly cheered when one of the Koch brothers died — despite the fact that they have tacked to the Left and have thrown their support behind some globalist causes.

But to even speak of the money that G.S. — that sketchy character who has intentionally collapsed economies just so he could make a quick buck on the chaos — dumps into American politics makes supposedly right-of-center commentators like Harris Faulkner freeze like a deer in headlights.

It isn’t like the claim Newt was making is at all unsubstantiated. ClashDaily sounded that same alarm quite years ago:

And again in July:

This isn’t an unfounded claim by any stretch of the imagination. 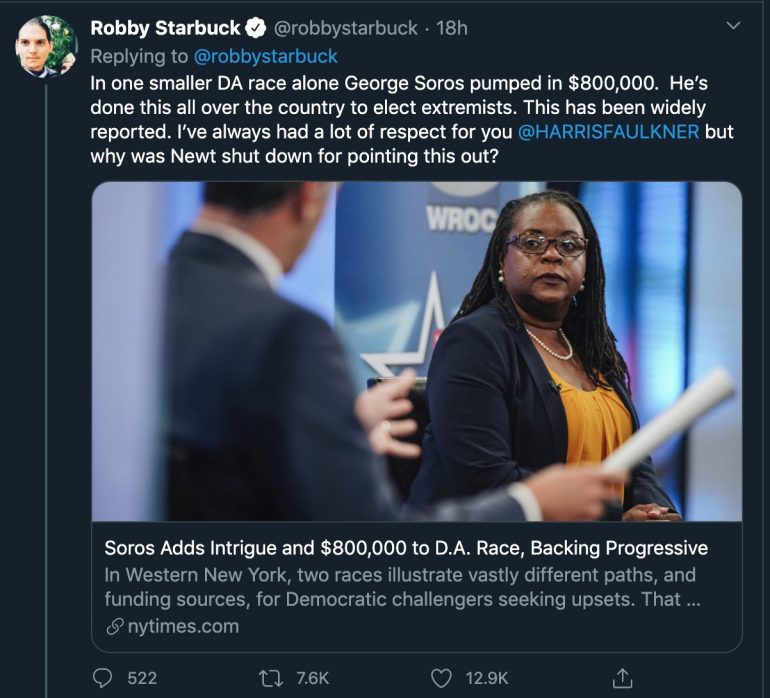 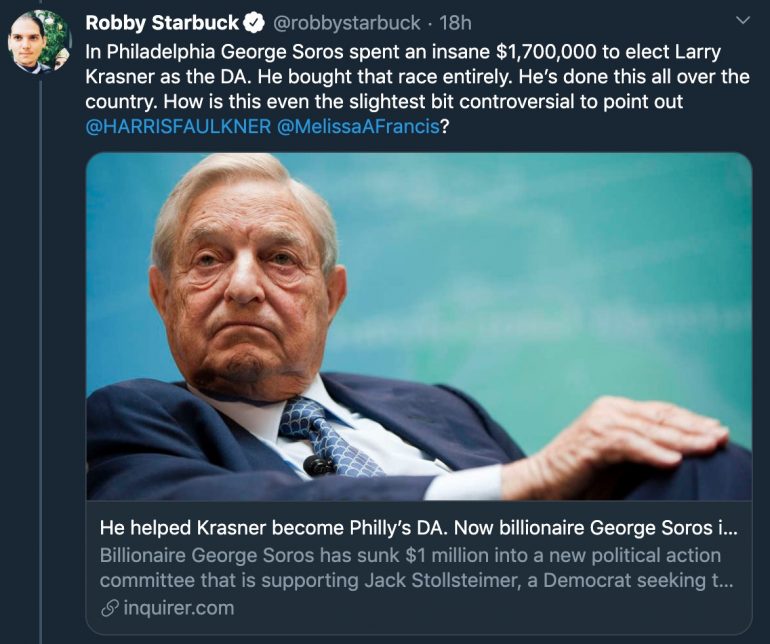 Those ‘hacks’ at Wall Street Journal reporting on exactly what Newt was describing … as long ago as 2015: 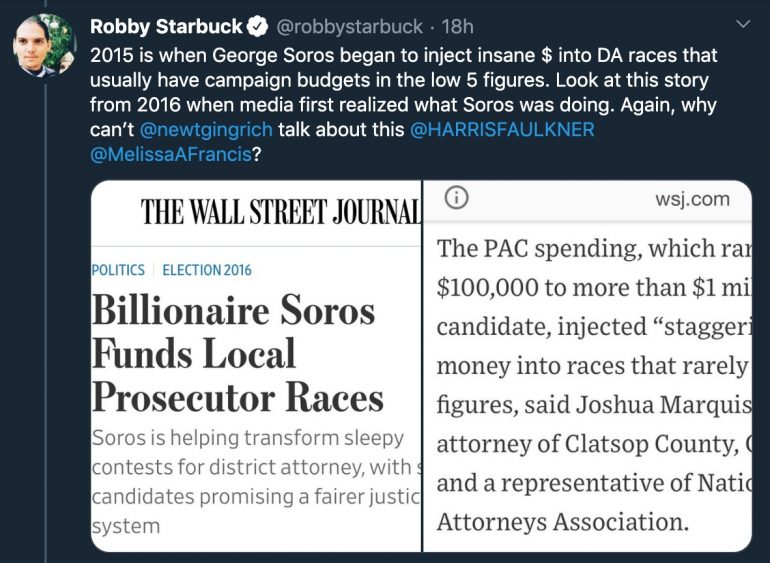 Robbie Starbuck is on a roll. We’ll let his arguments play out: 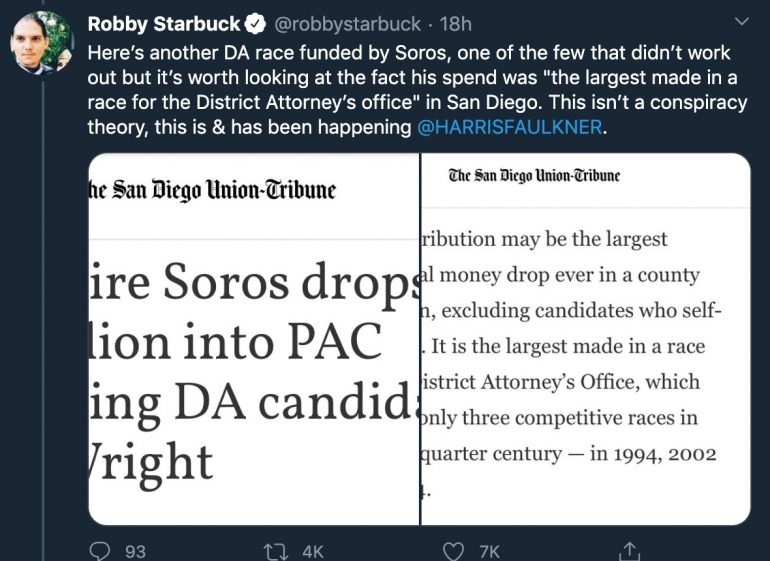 And what real-world consequences did those ‘investments’ produce? 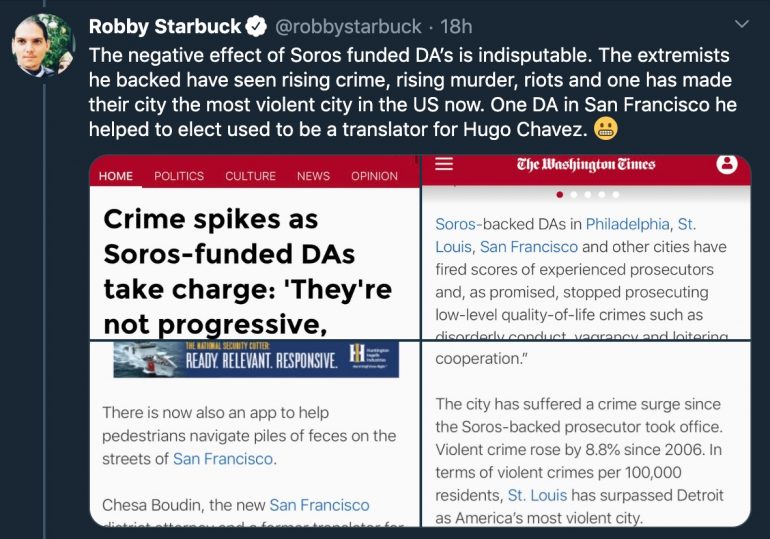 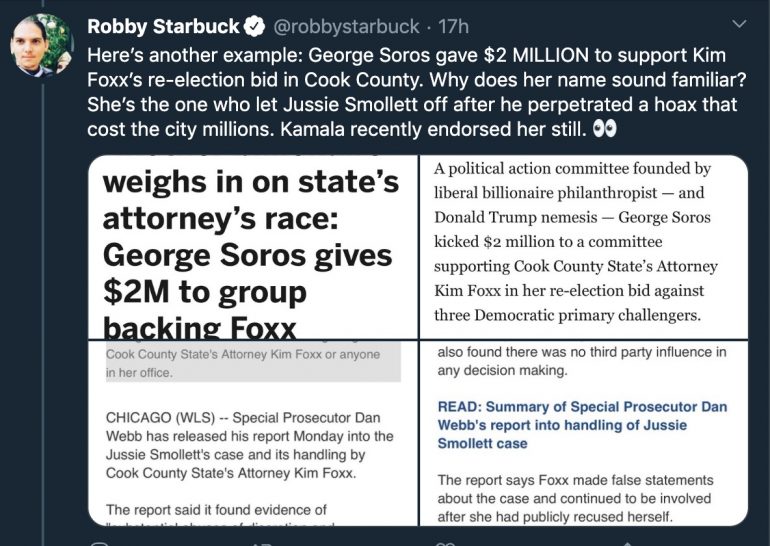 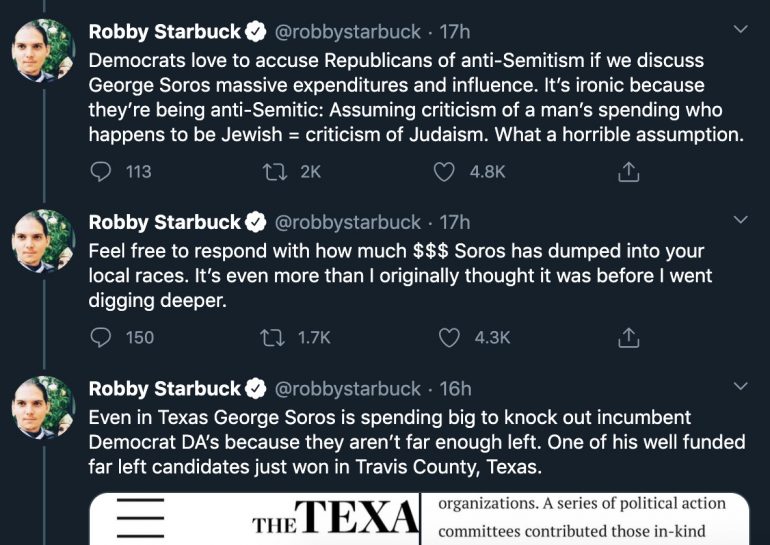 What leverage do they have against Fox? Has it been an army of lawyers’ letters? They’re obviously running scared of something. Are they afraid of a boycott? They’ve been through that before.

Groups he has really founded have been shown to be acting with a specific political agenda. If you can’t speak the truth about this guy, you can’t speak at all. He IS the ‘power’ reporters are supposed to speak truth to.

Once you’re neutered in that task, you’re no good to anyone.

As for anyone who plays the ‘Jewish’ card for Soros?

He forfeits any claim to that by having shown ZERO remorse for his role in collaborating with Hitler to dispossess and capture other Jews while feigning a German nationality.

See the video where he says that, here:WATCH: Here’s The Soros Video Soros DOESN’T Want You To SEE

That’s right — the left has been taking boatloads of money from an unrepentant Nazi collaborator while claiming everyone on the right is a fascist.

Drink deeply of that irony folks, 2020 is a riot. Literally.