Democrats have been strangely silent when angry mobs threatening violence target the private homes of those whose political slant they hate. Tucker Carlson and Mitch McConnel come to mind.

One of the Republican senators mentioned the window in his home being broken since the Amy Coney Barrett nomination.

We have seen similar BLM and Antifa mobs harassing elected officials in their homes over political disagreements. Normalizing this behavior and personalizing political disagreements sets a dangerous precedent. It takes us one step closer to the kind of world that Soviet Russia and Communist China know all too well — the kind of threat that Hong Kong students were fighting so desperately to stop from swallowing their part of the world.

The founder of Chinese Christian human rights group China Aid, Pastor Bob Fu, is in hiding with his family this week following calls by a Chinese billionaire to kill him and a “protest” outside his Texas home.

…Fu is the founder of China Aid, a nonprofit that offers support to persecuted Chinese Christians and raises awareness regarding specific acts by the Communist Party to erase Christianity from the country. Estimates suggest China is home to as many as 97 million Christians, more than the number of formal members of the Communist Party.

Fu and his wife are former political prisoners, imprisoned in 1996 for openly practicing Christianity (“illegal evangelism”); Fu personally participated in the June 1989 Tiananmen Square protests. The pastor commonly attends events in favor of religious freedom in China and has not been the focus of any significant controversy in his career as an activist.

According to the Midland Reporter-Telegram, Fu’s hometown newspaper, an independent translation of several Guo GTV videos show that he has openly called for his followers to kill Fu. Guo reportedly called for a “global kill cheaters campaign” to kill people like Fu, who he claimed was a communist.

“We will fully support our comrades who take actions to kill those cheaters,” Guo said.

Some appear to have responded to Guo’s call. A mob of Guo fans appeared in front of Fu’s home in late September, a week after Guo released his first rap single, and then again on Monday. In a statement, China Aid explained the situation.

Shameful: CCP is targeting an American citizen @BobFu4China, in America, for harassment at his home.

Bob is a fearless voice for human rights in China & Xi and the other despots fear him.

The Chinese Communist Party is the new Evil Empire & we must stand united against them. https://t.co/5sSz0v5Te1 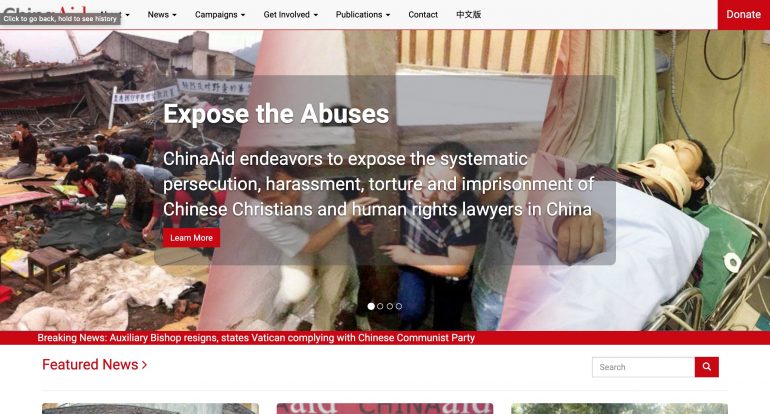 Not exactly something China’s Communist Party would approve of, eh?

Fu and his family were evacuated from their home Monday morning and moved to a safe location after a group of about 50 protesters arrived on a bus outside their residence. Midland Mayor Patrick Payton said during a press conference that afternoon that local and federal agencies were investigating alleged threats on Fu’s life. —MRT

Guo has posted several videos to GTV’s social media pages “exposing” Fu and others he claims are working with the CCP. English subtitles of some of the videos provided by ChinaAid, a nonprofit founded by Fu, show Guo telling his followers about a “global kill cheaters campaign,” which includes Fu.

“We will fully support our comrades who take actions to kill those cheaters,” Guo says in one video, according to the subtitles.

The accuracy of the subtitles was verified for the Reporter-Telegram by a third-party Mandarin speaker.

In another video, Guo refers to those he has launched campaigns against and allegedly says, “How can we kill CCP if we cannot kill them first?”

Fu said he’s never met Guo and believes he might be a target because of his work with ChinaAid, which provides legal assistance to Christians who have been arrested in China. There are estimated to be over 1 million people from religious or ethnic minorities currently in Chinese internment camps.

The alleged threats against Fu are being investigated by the FBI and CIA, Payton said Monday.

“I think that this is a wake-up call for us,” Fu said. “Knowing that we need to be vigilant and not take our freedom for granted.”

…Fu thanked Midlanders for supporting him and said he and his family are safe. For those who have asked how to help, he urged community members to learn more about the CCP and persecution by the Chinese government.

The ChinaAid office has been closed as a precaution but staff are continuing to work remotely, Fu said.–MRT