Cell phone numbers of politicians and celebrities, the identity of secret service agents, Hunter’s private documents, and evidence of his addictions, the laptop was a treasure trove of sensitive information.

There was no encryption protecting the information and “Hunter02” was the password that he used.

In the Daily Mail’s exclusive report, an IT expert says that it’s shocking that security on the laptop was so lax.

Last night, IT expert Chris Greany said it was ‘staggering’ the laptop had not been encrypted.

‘It’s a data breach and dangerous to have this type of material floating around,’ said the former police commander, who advised successive British Foreign Secretaries on laptop security.

‘For someone prominent, there is not only a risk of great reputational damage but also a risk of blackmail should the material fall into the wrong hands.’

While the Media (D) and their comrades in Big Tech keep trying to bury the Hunter Biden laptop story, bits keep getting leaked out and it becomes more and more damning.

Hunter Biden’s “Laptop from Hell” included his personal information including: 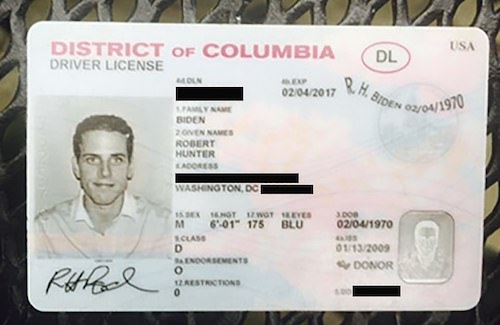 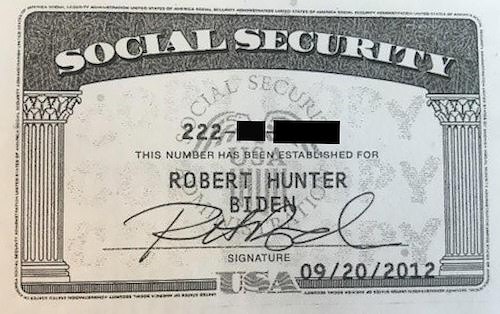 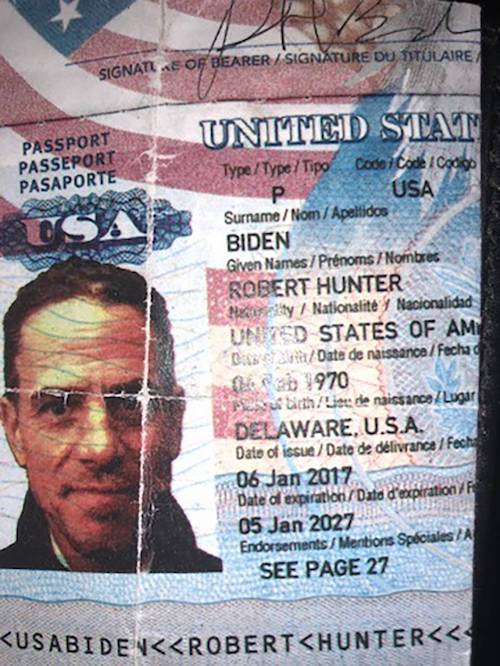 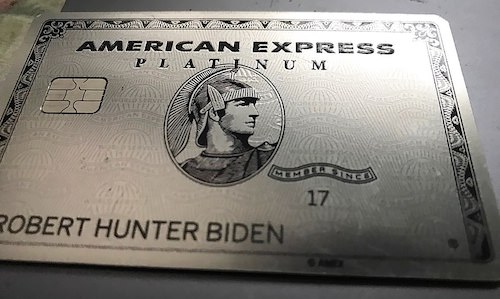 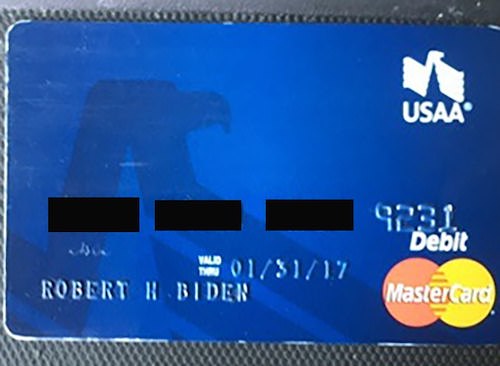 Not to mention all of the private conversations both about his sketchy foreign business dealings and his own personal and family problems.

While the Media (D), leftists, and some never-Trumpers are screaming “Russian disinformation!” or “a Chinese hoax!” or just “Rudy Giuliani!” the laptop seems to be really Hunter’s and it’s damning.

Hunter’s laptop contains 11 gigabytes of material and covers the period from when Mr Biden served as Vice President under Mr Obama to when Hunter dropped it at the Mac Store in Wilmington.

A small selection of its contents was leaked to the press by Mr Trump’s lawyer Rudy Giuliani, sparking unsubstantiated claims that the material may have been fabricated by Russia to derail Mr Biden’s White House bid….

…neither Hunter nor his father have questioned that the laptop was left at the Delaware store nor the authenticity of material from it that has so far appeared in the media.

…A forensic cyber expert hired to analyse material downloaded from the laptop says it is authentic.

‘I have been doing this for 20 years and there is nothing to suggest the laptop or its contents have been interfered with or altered in any way,’ said the expert, who has worked with US law enforcement agencies.

‘There is no sign of data being added. There is no doubt in my mind that this is the real deal.’

Neither Hunter and his representatives nor Joe Biden or anyone on his campaign has denied the veracity of the material on the laptop.

And if you thought Hillary’s server was bad, well, get a load of this… Hunter had cellphone numbers on a laptop that included House Speaker Nancy Pelosi (D-CA), Senate Majority Leader Mitch McConnell (R-KY), both Bill and Hillary Clinton, as well as almost all of Obama’s cabinet and the names and cell numbers of several Secret Service agents.

Last night, a source familiar with the contents of the MacBook Pro said: ‘The sheer volume of personal and financial information indicates Hunter has been potential blackmail fodder for years.

‘It seems almost inconceivable that Hunter Biden, the son of the man likely to become our next President, was so naive and reckless that he did not have basic encryption or even a two-stage password to protect such highly sensitive material.’…

…A source said: ‘This is all a flagrant breach of security.

‘If a hostile state or individual had managed to hack into Hunter’s computer –and it wouldn’t have been difficult considering the lack of security on it – they would have easily found out who was guarding the Vice President and potentially been able to threaten family members of those Secret Service members.’ 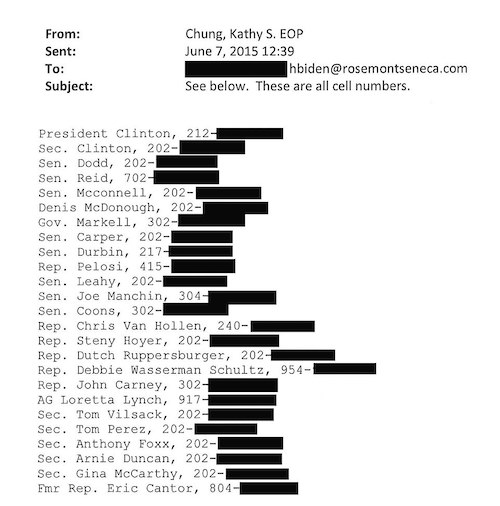 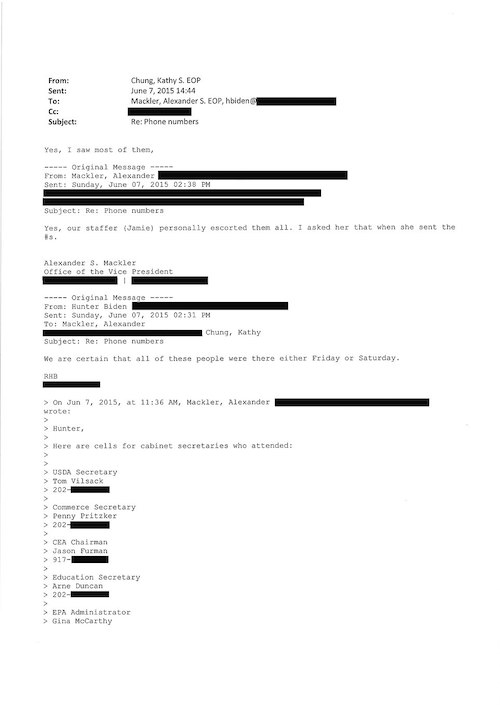 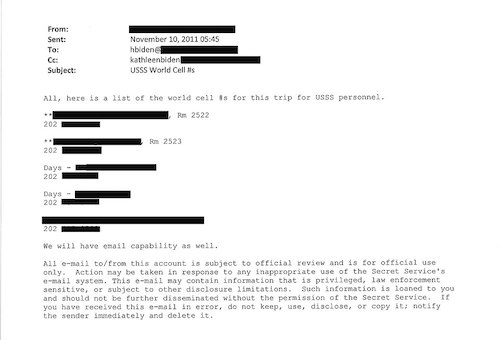 As Hunter’s marriage to Kathleen Buhle Biden was falling apart and they were separated, Hunter had an affair with his brother Beau’s widow, Hallie Biden.

The laptop contains many text messages and emails between Hunter and Kathleen as the bitter divorce began.

One message is particularly haunting.

In one angry note to Kathleen, Hunter says: ‘Have I ever missed a tuition payment or mortgage payment, a play or a game or anything that ever mattered… Do you know what I’ve done to make that possible.

‘Do you have any idea of the level of degradation?’

It’s difficult to look at what is on that laptop and not feel a modicum of pity for Hunter. He’s struggled with addiction, suffered quite a bit of loss, and was clearly living in his brother’s shadow his whole life. Joe didn’t seem to help with the situation much.

But ultimately, Hunter is responsible for his own actions.

Lat year, he told The New Yorker magazine, “Everyone has trauma. There’s addiction in every family. I was in that darkness. I was in that tunnel – it’s a never-ending tunnel.”

At some point, Hunter requested that the Secret Service stop following him, and they reluctantly agreed. This allowed him to indulge in his depravity without scrutiny.

His addictions are chronicled on the laptop. Not only are there photos of him smoking crack, but his spending on hotel rooms, escorts, and strip clubs is simply unfathomable. He would sometimes pay for multiple rooms in hotels on the same night. There were log-in details and passwords for “numerous sex sites” and “multiple payments” to women whose names link back to escort websites. 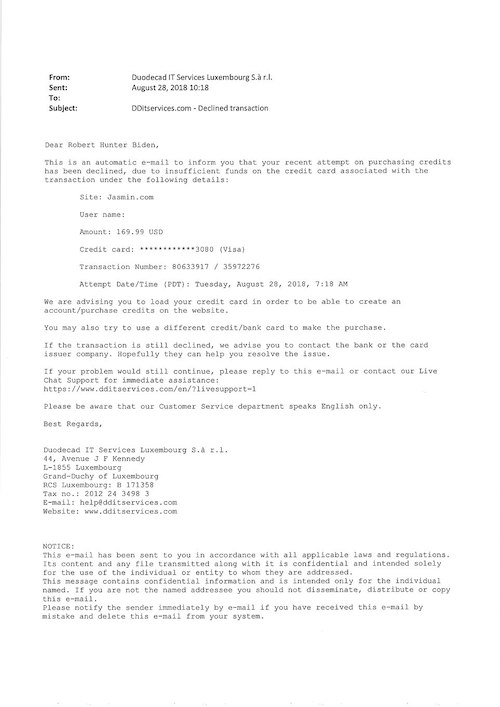 Another email shows that he joined a hook-up site. 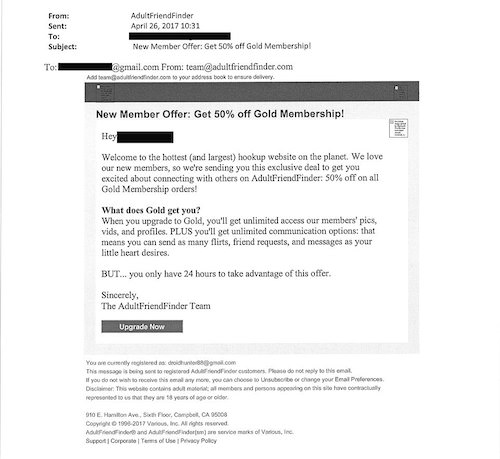 Hunter’s obsession with sexual imagery is clear. As well as selfies taken with unidentified women and a video of him engaged in a sex act, the laptop contained bizarre oil paintings of him naked while sprawled on a bed.

When sober, Hunter appears tormented by the damage that his behaviour is causing.

‘Guilt is an appropriate emotion when we’ve wronged someone (including ourselves),’ he wrote on one document stored in the poorly protected computer.

‘Guilt that isn’t acknowledged becomes shame. And shame becomes either narcissism, and addiction, and pain, and an empty life.’

The source said: ‘When you see the contents, the picture you are left with is of a troubled man who is desperately trying to maintain the family image in public, but who is falling apart behind the scenes.

‘He has the pressure of living up to the Biden name, but, in private, he dives into this dark world. He was a sitting duck for anyone who might seek to blackmail him.’

All that and he was an aspiring screenwriter.

Here is one of his pitches:

A Mystery to Myself:

(A really seriously tragic dramatic comedy).
In the span of eight years:
My father is elected Vice President of the United States.
I loose [sic] the entirety of my business.
I find a new way of doing business and replace most my income.
I relapse after 7 years of sobriety.
I go back to rehab.
The secret service follow me.

The source added: ‘In his mind he’s a Renaissance man. He writes poetry and wants to have a movie made of his life. But, as with most things, these are just pipe dreams. The reality is Hunter is a liability for his father. If Joe wins, one of the first tasks will be figuring out how to keep Hunter out of trouble for the next four years.’
Source: Daily Mail

The editor in me is horrified that the man was getting paid millions of dollars in influence peddling and didn’t notice that he used the word “loose” instead of “lose.” But then again, we don’t know if he was sober when he wrote it.

On October 28, Joe Biden was speaking with Oprah Winfrey at a virtual event and while reminiscing on how he became Barack’s running mate in 2008, he said that he relied on the input of his family, including his son Hunter, whom he described as “the smartest guy I know.”

If that’s the case, then…

At the end of the day, however, it is clear that Joe Biden allowing Hunter to continue with what is clearly an influence peddling scheme was only enabling him to continue in his descent.

As Rudy Giuliani said, he let his addict son be his bag man. What the hell kind of father does that?!

That is the guy that wants to be president? So that his son can keep getting more cash for Biden Inc. and be blackmail fodder for the likes of China and Russia?!