Need a break from tedious ‘paths to victory’ conversations? Here’s a meme that Big Tech probably doesn’t want us to enjoy.

As soon as we came across this, we knew that this was a genius and vivid portrayal of everything that went wrong with election night 2020.

He wasn’t the only one to make that observation:

If there’s 1 image that defines the 2020 election, it’s this pic.twitter.com/lHMziCSstk

If you’re wondering what the lines are about, that vertical blue line is the sudden blast of Biden ballots injected into the Presidential races in the dead of night. See how the blue line suddenly stops trailing and jumps into a lead in at least two battleground states. 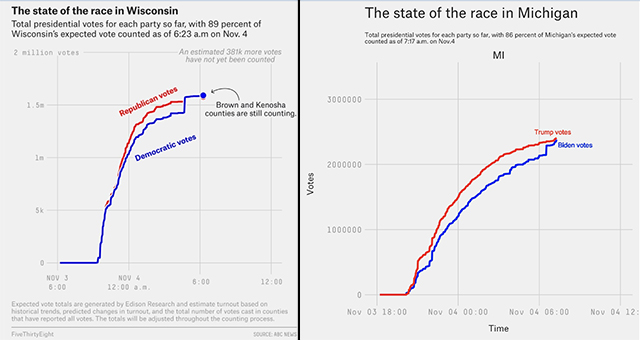 Alleged fraud seems to be the theme of the election with anecdote after anecdote pointing to various hiccups that always seem to come out favoring the same party.

OR, examples of either irregularities or deliberate wrongdoing the left explicitly denies as being an issue.

I don’t care HOW much they hate Orange Man Bad, this seems pretty damned unlikely…

Nothing to see here, just a mailroom in Michigan falsifying the dates on mail…

If this isn’t sketchy, what is?

“Separate them from standard letter mail so they can hand stamp them with YESTERDAY'S DATE & put them through"#MailFraud pic.twitter.com/n7AcNwpq80

Where do these ballots keep coming from? 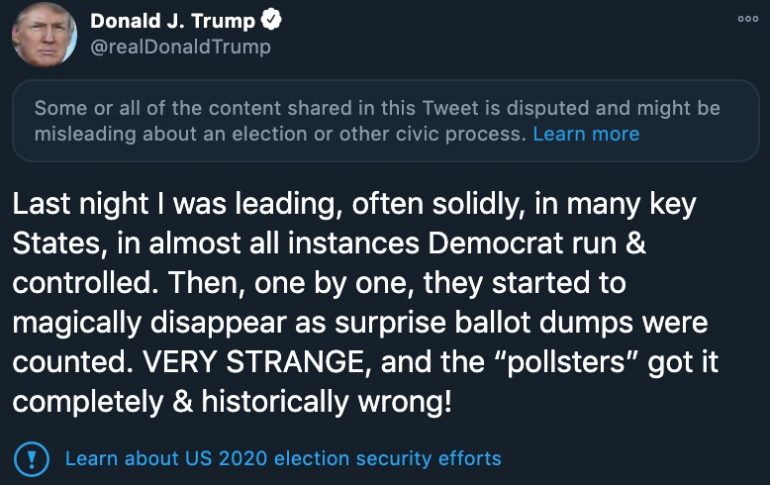 This happened today after the election about three hours ago in Reseda, California.

Aren't mail-in ballots supposed to be delivered by USPS?
pic.twitter.com/HQrzFlUQrV

Keep them coming, we are processing them as fast as possible & sending cameras where they are needed.