Happy Religious Freedom Day. What better day to reflect on what that means for this past administration, the one to come, and how such freedoms are viewed in the rest of the world.

Not that the secular media gave it any notice, but President Trump made a proclamation declaring today to be Religious Freedom Day. Here is an excerpt of that announcement:

On Religious Freedom Day, we honor the vision of our Founding Fathers for a Nation made strong and righteous by a people free to exercise their faith and follow their conscience. As Americans united in unparalleled freedom, we recommit to safeguarding and preserving religious freedom across our land and around the world.

NOW, THEREFORE, I, DONALD J. TRUMP, President of the United States of America, by virtue of the authority vested in me by the Constitution and the laws of the United States, do hereby proclaim January 16, 2021, as Religious Freedom Day. I call on all Americans to commemorate this day with events and activities that remind us of our shared heritage of religious liberty and that teach us how to secure this blessing both at home and around the world.

IN WITNESS WHEREOF, I have hereunto set my hand this fifteenth day of January, in the year of our Lord two thousand twenty-one, and of the Independence of the United States of America the two hundred and forty-fifth. — WhiteHouse

His support for free religious expression has been a common theme throughout his Presidency, despite open hostility that some across the aisle have held for religious belief generally, and Christian belief, specifically. Or have we already forgotten their attempts to disqualify some appointees on the basis of their religious convictions? 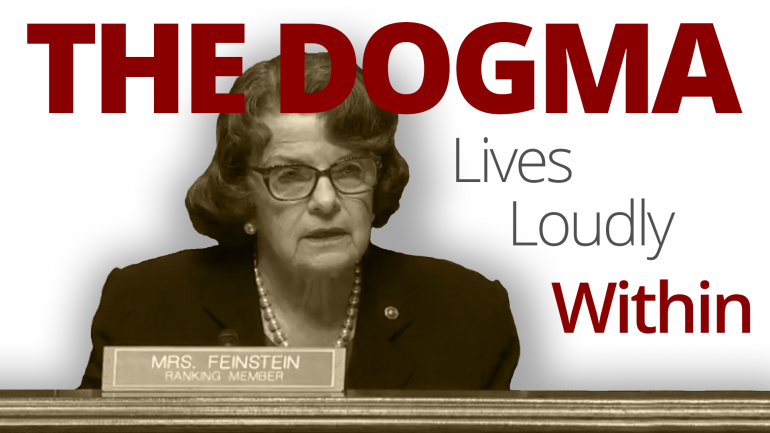 With the Left celebrating censorship of their rivals on the political right, with open contempt and attempts to destroy people who don’t march lockstep with various aspects of their social agenda, today is a good day to remember where a combination of the raw political power they obviously crave together with the disdain for beliefs that challenge their own can lead.

We need look no further than China’s own example. They have both the will and the means to push their will on those with whom they disagree. And what does that toxic combination look like?

Breitbart shared an article in which Open Doors, a religious persecution watchdog agency weighed in on China’s increasingly aggressive anti-Christian crackdowns. Even meeting by Zoom is no longer safe.

“China has definitely cracked down on religion. They’re returning what I call the ‘government is God’ philosophy that they had when they were connected with the Soviet Union years ago,” Curry told Breitbart News. “What’s unique about China is that they have the capacity and the will to roll out this very sophisticated surveillance system against Christians. And, of course, with COVID [the Chinese coronavirus], people are forced to watch church online.”

Curry explained that the use of online tools to congregate with other Christians has resulted in easier surveillance by the Communist Party, although the pandemic itself may not directly have resulted in increased persecution.

“They’re taking advantage of COVID to restrict people’s ability to meet, some of which is, of course, understandable. But we have cases, documented cases, where they’re arresting people who are attending Zoom church, where they’re monitoring church online,” Curry explained. “So China is cracking down. It’s not related to COVID, but they are certainly using COVID as a justification to intensify the persecution.”

Among the highest-profile examples of Zoom-related church arrests were a series of raids in April 2020 on members of the Early Rain Covenant Church. Chinese communist authorities arrested members of the church during an Easter Sunday online service.

Christianity is technically legal in China. China allows only five legal religions – Christianity, “Catholicism,” Taoism, Buddhism, and Islam – but only allows the practice of each under the auspices of “patriotic,” state-controlled institutions. Chinese Catholics cannot legally be part of the Roman Catholic Church, only of the “Chinese Patriotic Catholic Association.” Similarly, non-Catholic Christians in China can only partake in practices led by the “Three-Self Patriotic Church,” a communist entity. Communism is by definition an atheist political ideology, which has made the vast majority of Christians reject communist-led “Christian” services. –Breitbart

Trump has led a push for countries around the world to secure the rights of minority religious groups to freely worship according to their conscience.

He stood in front of the United Nations calling for something that secularist world leaders scarcely gave a damn about.

Will Biden pick up that baton when he takes his place in the Oval Office?

Or will he follow Obama’s example and let it clatter to the ground?

Whichever fork in the road he follows, the world will be watching America.