In particular, Senators are taking an interest in that ‘Paris Accord’ and the XL Pipeline.

Joe’s Executive Orders called a halt to the pipeline and called for a rejoining of the Paris Accord. But it may not be that simple.

For one thing, strictly speaking, the Paris Accord isn’t an ‘accord’. It’s a ‘Treaty’, and the Executive Branch doesn’t enter into treaties, the Senate does.

That’s only one part of the objections.

Sen. Steve Daines (R-Mont.) alongside other senators from central and western states said on Wednesday that they plan to introduce legislation to allow the Keystone XL Pipeline to continue construction. The senators will also put forward a resolution to urge Biden to submit the Paris climate agreement to the Senate for advice and consent before rejoining the treaty. —EpochTimes

Jobs and infrastructure is another part. 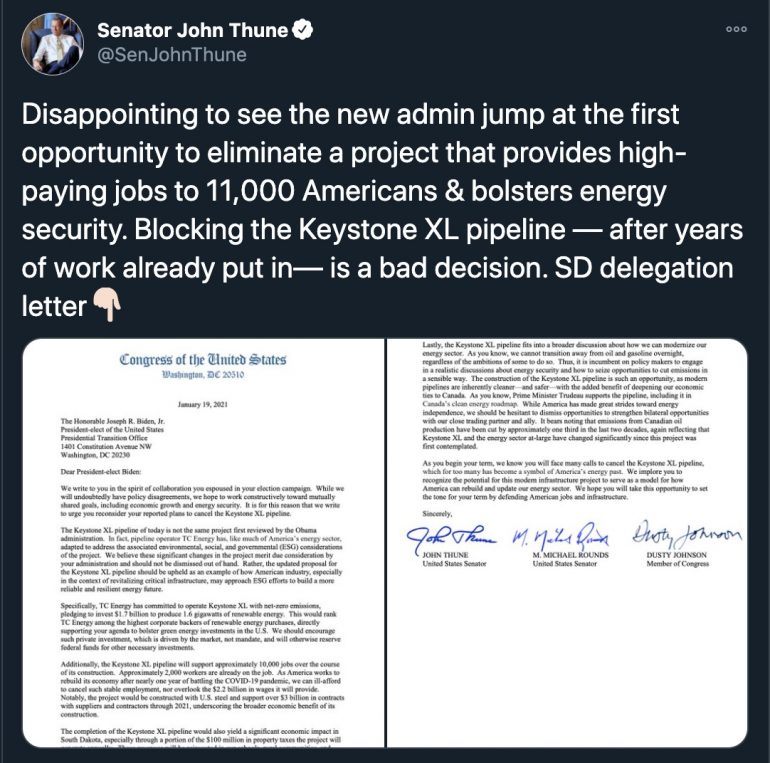 Link is HERE for anyone wanting to see the original tweet and read the letter he supplied.

It’s nice to see there are still some elected officials with some fire in their bellies.

We’d love to see more of it. Because the Left will be hellbent for leather of pulling us HARD to the left… whatever the cost.