Not only did she defame an innocent minor by calling him a ‘terrorist’, she made sweeping disparaging statements about public servants.

Democrats (and the media) have a knack for instinctively taking the wrong side of an issue.

If the official narrative right now centers on ‘unity’, and is outraged by ‘incitement’, how exactly does a woman with a track record like this fit into a ‘unity’ agenda? 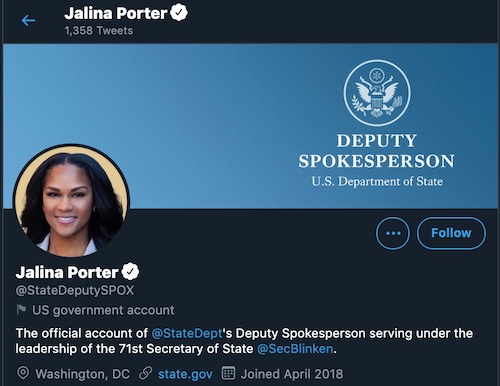 Joe seems to be making good on that promise to make racial considerations a central feature of his hiring process. (Whether that committment is in contravention of Title VI is a question for another day.)

But you might think someone as concerned about ‘unity’ and ‘incitement’ would still be more judicious in WHICH nominees fill which positions.

For example, using your personal social media to publicly defame a teenage boy as a ‘terrorist’ — when he was later proven to have done literally NOTHING to provoke the situation he found himself in — might be considered a ‘red flag’. 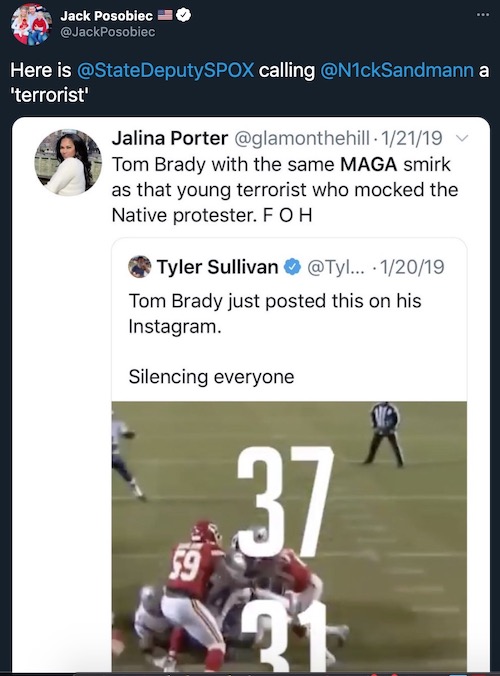 She switched her account to ‘private’, but not before this also went public. 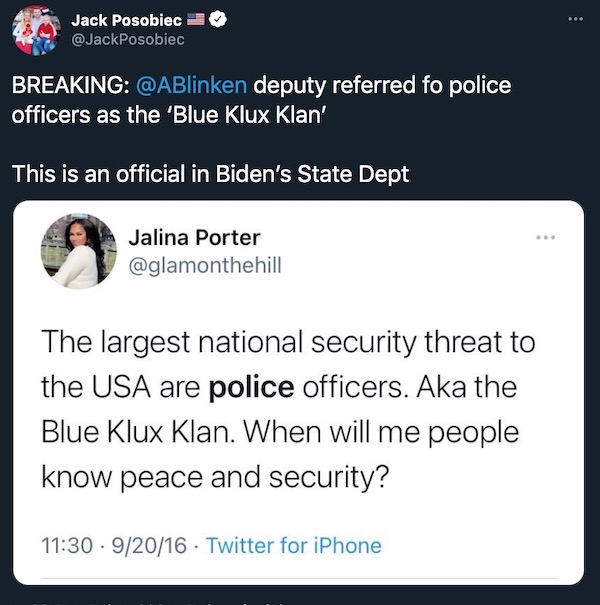 Hold up, which is it?

Are police officers the heroic defenders of the Capitol that some evil DC rioter so callously murdered? Or are they a plague on our nation secretly waiting for an opportunity to murder some unsuspecting person of color just to get their kicks?

Could you guys at least get your story straight, please? Let us know who’s on the official ‘good guys’ and ‘bad guys’ lists.

Sometimes, a cop (of any color) getting shot dead in a patrol car by come low-rent criminal assassin barely rises to an above-the-fold headline. But when the story can be massaged to implicate your political enemies, you’ll embrace it.

That’s pretty sick logic. And Biden pretends that his administration is taking the moral high road in comparison to his predecessor?