So much for the Honeymoon period — nine days in, and #BidenLied is trending on the very same social media that suppressed stories hostile to Democrat chances of taking back the White House.

Old Joe and a few others made it very clear that if the electorate did their part, and flipped the government blue, that people who have been forbidden by their own government to provide for their families would promptly get a fat paycheck.

Remember that $2000 figure they promised? The people who were bribed with their own money certainly do. And now that it doesn’t seem to be the same urgent priority it was during, say, the Georgia runoffs Biden voters are none too happy about it.

In a campaign trip to Georgia to buck up two Democratic candidates there in early January, Biden made new stimulus checks a central promise, telling Georgia voters that they would be getting $2,000 payments if the Democrats won Senate runoff elections in the state that week.

During a speech in Atlanta, Biden promised “that money will go out the door immediately to help people who are in real trouble.”

How are Democrats taking it so far? 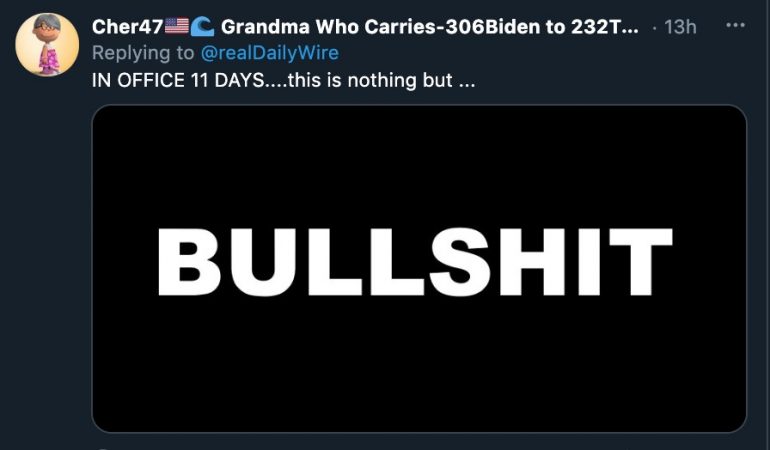 Young Not Stupid: My Grandfather's Legacy of Living the American Dream Deserves to Live On
June 21st, 2021 Flag And Cross

This Is What They Resort To When They Lose The Narrative: Polarize-Demonize-Force Compliance (Video)
June 21st, 2021 Sons of Liberty Media