Maybe they’ll change their entire brand to Woke-A-Cola while they’re at it.

The Coca-Cola company made headlines earlier this week when a whistleblower shared screenshots of mandatory online “anti-racism” training.

Dr. Karlyn Borysenko, a psychologist, YouTuber, and an “unwoke activist” posted the images on Twitter.

🚨🚨🚨 BREAKING: Coca-Cola is forcing employees to complete online training telling them to “try to be less white.”

These images are from an internal whistleblower: pic.twitter.com/gRi4N20esZ

In this course, Robin DiAngelo, the best-selling author of White Fragility, gives you the vocabulary and practices you need to start confronting racism and unconscious bias at the individual level and throughout your organization. There’s no magic recipe for building an inclusive workplace. It’s a process that needs to involve people of color, and that needs to go on for as long as your company is in business. But with these tools at your disposal, you’ll be well on your way.

The training video begins with the premise that all white people are born racist and they must continually “do the work” to not be racist. DiAngelo says, “Nothing exempts any white person from the forces of racism. When you accept the reality of your socialization, you can begin to examine how you’ve been shaped by it.”

She says that in the U.S. and other Western nations, people have been socialized to feel inherently superior because they are white. She also asserts that by age 3 or 4, children understand that it’s “better to be white.”

In the “what you can do” section of the video, DiAngelo has some suggestions on “being less white.”

In order to be “less white” you must:

It sounds to me like someone has some serious issues and is projecting it onto everyone that shares her skin color.

Dr. Karlyn also posted a video explaining the training in a bit more detail on her YouTube channel.

For people asking to verify this, the course is publicly available on @LinkedIn: https://t.co/T2mmXTACeJ

You can see for yourself. The Coca-Cola icon is in the top right hand corner on some of the images because they’re using LinkedIn content for their internal platform.

One thing you all should keep in mind is that Coke probably isn’t the only company using this training with their employees. It’s on LinkedIn Learning – any company can pay for it.

What other companies are making their employees do it?

AND Coke confirms it’s real, for all you skeptical doubters. https://t.co/CKxmggfQYl

Now that Coke has gone “woke” and wants to “be less white” it’s time for a new spokesperson.

After all, this guy has clearly gotta go. 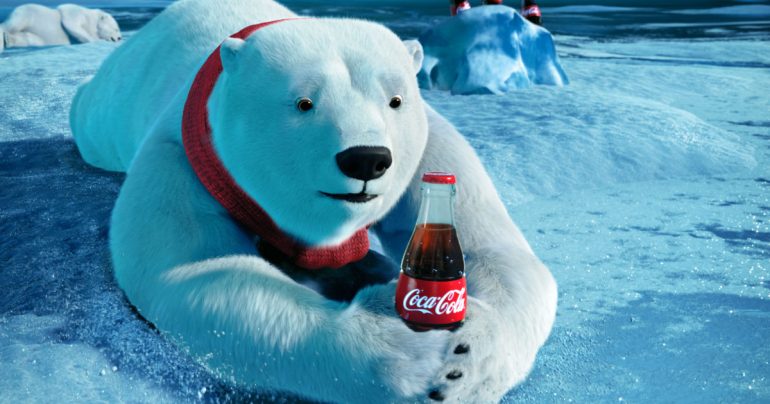 They need someone who is committed to the “be less white” philosophy.

Who do you think should be the new face of the brand?