Well, that press conference was a hot mess…and it took him 9 days to prepare for it.

President Biden’s first press conference went exactly like you thought it would. It was slow, boring, rambling, sometimes confusing, deliberately dishonest and…mostly favorable by the press.

He “came to the Senate 120 years ago”? Was that a joke or a gaffe? It’s hard to tell with Sleepy Joe.

The President walked up to the podium and relied heavily on his notes from the get-go, and had to refer to them for his response to the very first question. He went back to them repeatedly for the next 9 questions before abruptly leaving.

That’s a quite reasonable assumption now that the New York Post has revealed that among POTUS 46’s many notes is a list of reporters with their photos and numbers next to them.

…But despite having the answers in front of him, Biden still slipped up, saying America ranked 85th in the world in infrastructure, before correcting himself.

The press pool at Thursday’s briefing, the first one held by Biden since taking office 65 days ago, was limited to 25 reporters.

Biden only took questions from a list of journalists whose names and outlets he read from a cue card. A photo of the card shows circled numbers around select reporters.
Source: New York Post 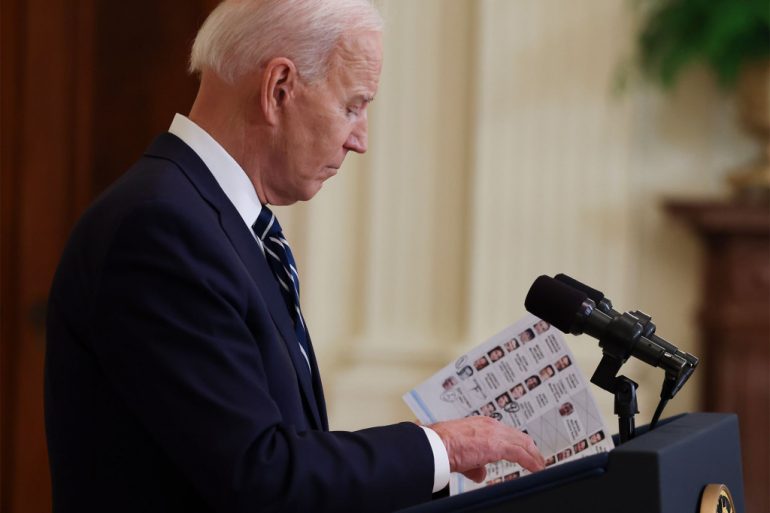 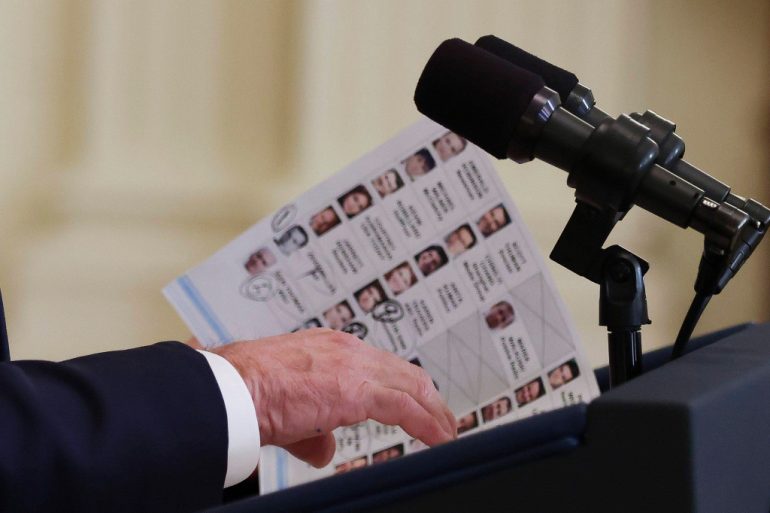 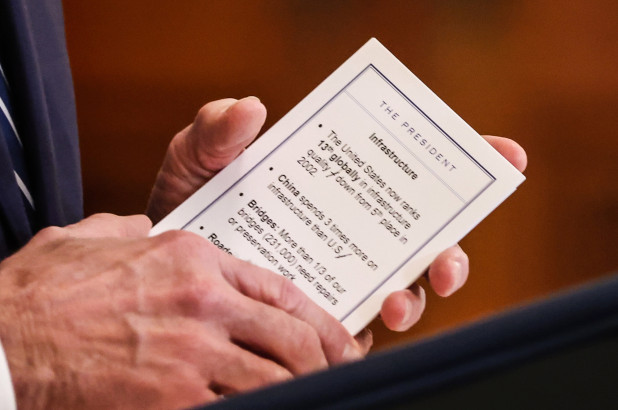 The terrible presser was noted on social media:

Biden is calling on friendly reporters based on a list. It has already been documented that the Biden administration has reached out to reporters to see what questions they are going to ask in advance.

Biden is repeatedly looking at notes, unable to answer without help

Biden has his answers written down on note cards pic.twitter.com/gLFlMoxkw8

Biden reads his notes again when told by a "question" that immigrants come here because he is such a moral man. pic.twitter.com/3B2F4RFZTi

It looks like he’s reading from his Qs & As on North Korea. No one does this. How weak is this guy?

President Trump took time to answer all of the left wing reporters during his many press conferences. Biden wouldn’t even let one conservative outlet ask him a question. Shows how fragile he is. He could only take softball questions from friendly media that he was briefed on.

Daily reminder—Donald Trump never needed his handlers to write out a pre-approved list of reporters to call on during his press conferences.

Trump would have never handled a presser like this.

Here’s the full video in case you’re feeling masochistic or just want to waste 62 minutes of your life: