Remember when Democrats squealed in glee when Little Rocket Man taught them the new word ‘dotard’? If Kim said that about Trump, what do you suppose he’ll call this shambling carcass?

Ironically, the word ‘dotard’ has its usefulness. If anything, this example from Cambridge Dictionary comes a little too close to home for the current occupant of the White House, (as evidenced by the video we’re about to review) 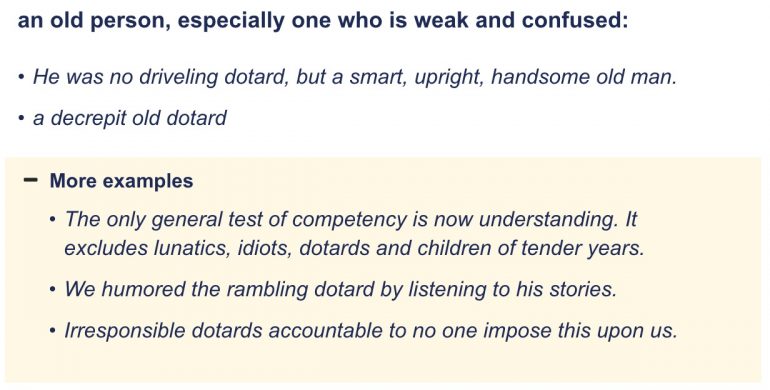 Ouch. The further you read, the worse it gets. Right up until the end.

Anywho, within the context of Old Joe announcing the promotion of two new appointees, he ran into some difficulty.

It’s easier to show you than tell you how badly it derailed.

(Remember this is a guy who spent his entire life in government, and eight years in the White House. He’s hardly able to hide behind the excuse that he’s learning any new terminology here. This clip seems strongly suggestive of him taking a step backward in terms of his cognitive ability.)

Whoops: Biden forgets the name of the Pentagon, as well as the name of his secretary of Defense, Lloyd Austin pic.twitter.com/ZtcgHLBIAO

This is the same press, after all, that helped cover up John Edwards’ affair so that even his wife (who was suffering with cancer) didn’t know about it. The unconfirmed rumors of an affair by Republican candidate Herman Cain, on the other hand, got a very different treatment.

CNN breathlessly reported on the ‘scandal’ of Trump wanting two scoops of ice cream on his pie, while other people had but one on theirs.

They aggressively floated the 25th Amendment at several points in Trump’s presidency when he posited policies that they disliked.

Will they even discuss his cognitive function new? Likely not.

But this is a good time to point out how Nancy Pelosi was hellbent on setting up a procedure to make triggering that 25th Amendment much easier.

Was it she hoping to use it against Trump? Or was she expecting to need it to do something about the shambling collection of yesterdays poured into a suit and currently making the Resolute Desk less resolute?