With WWII having wrapped up 76 years ago, it’s easy to think of it as a distant historical event — until something like this makes it break through into the modern day.

Residents of Exeter were surprised to learn that they needed to evacuate their homes over the weekend as an unexploded relic from the Nazi’s bombing runs had turned up unexpectedly and required disposal.

In the condition in which it was discovered, it might not look like much to the casual observer. But even a 76-year-old 2204 lb bomb can do some serious damage. 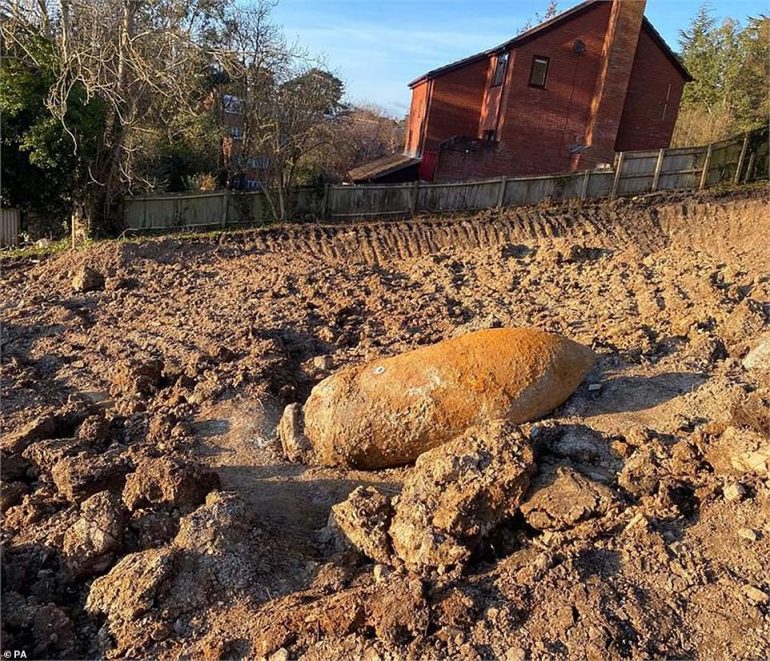 The city of Exeter produced one view of the explosion. This one was from ground level at a safe distance:

The second one is a little more exciting.

It was taken from a drone. It shows both traditional and thermal views of the explosion.

It was discovered on a building site on private land.

How significant was the explosion? Here’s some context:

The controlled detonation of the device took place at 6.10pm on Saturday, with the explosion heard for miles – causing damage to surrounding properties and was so huge it could be heard six miles away.

On Sunday afternoon, Devon and Cornwall Police advised residents to plan for the eventuality that they would not be able to return home that evening.

A force spokesman said it was ‘impossible to predict’ whether safety assessment work would be concluded on Sunday. — DailyMail