‘Better to remain silent and thought a fool, than to open your mouth and remove all doubt’. It’s good advice, but if you are a TV talking head, silence isn’t an option.

Ted Cruz’s take on the decidedly ‘woke’ turn the United States Armed forces are taking, mirrors Clash Daily’s take: he doesn’t like it.

This is what set off Brian Williams:

Perhaps a woke, emasculated military is not the best idea…. https://t.co/8aVFMW98NM

Brian tried to unload on Cruz.

In response, Williams called Cruz’s comment a “remarkably stupid lapse of judgment” during a segment. A graphic of Cruz appeared on air showing the nickname “Kremlin Cruz,” according to The Hill.

“Remember as you watch this just how much Ted Cruz dreams of being president of a country someday, perhaps not this country for reasons like this,” said Williams, according to The Hill. — DailyCaller

That was about as smart as wearing a tinfoil hat in a lightning storm. Ted Cruz wasn’t going to let that go unanswered.

He pulled no punches here. 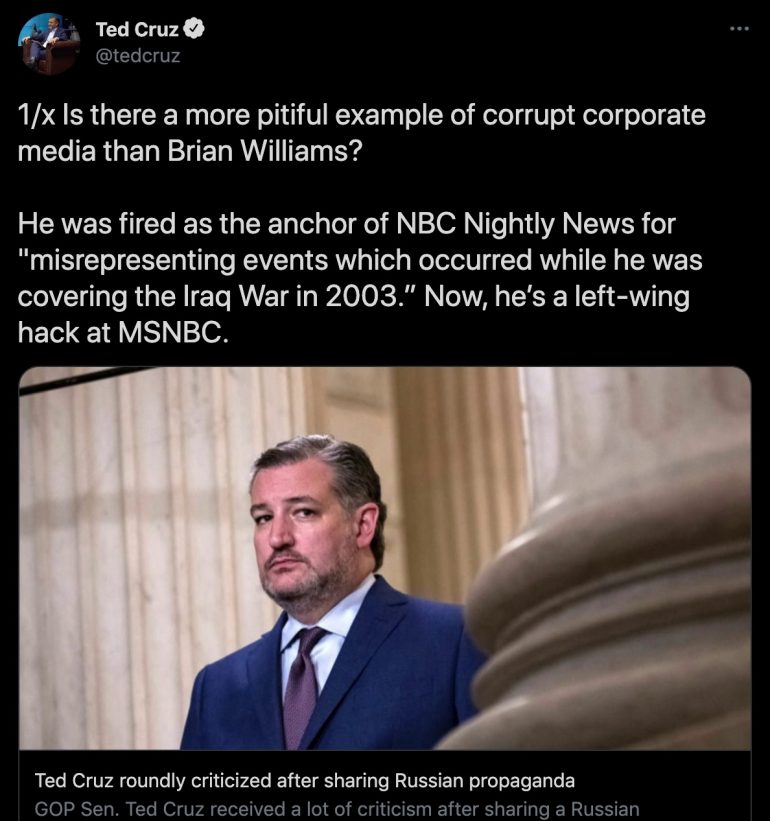 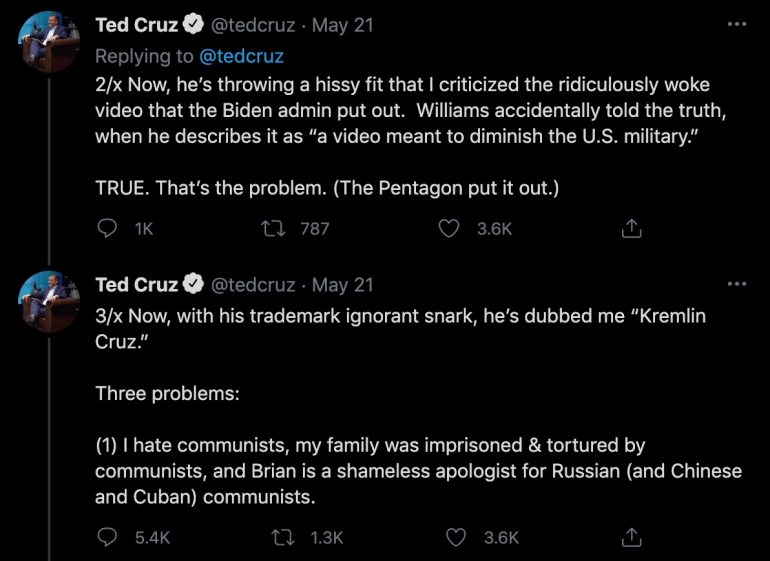 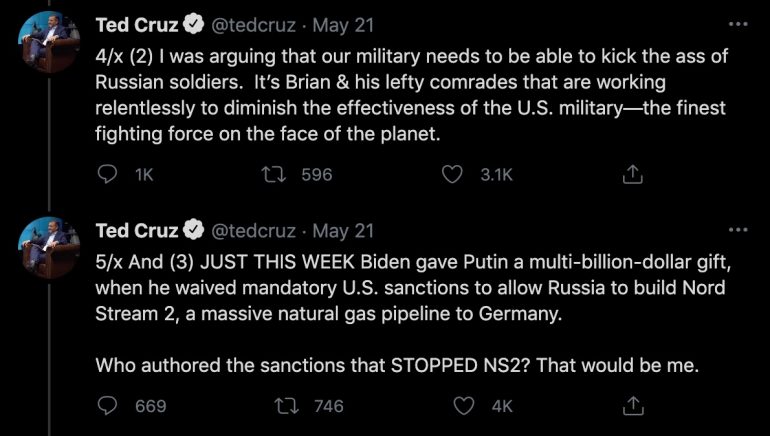 Brian should be a little more careful about who he picks fights with. He could get himself hurt pretty badly.