The media LOVES a salacious media story where they can use sexual scandals to topple powerful people… or do they?

The same media that spent barrels of ink and Heaven alone knows how much data pushing stories about an Access Hollywood tape, allegations against a Supreme Court Justice, and any number of ‘believe all women’ stories got busted for spiking stories about some of the biggest and most powerful sexual offenders in the nation.

The same press that tries to come up with innocent and plausible explanations for why Clinton’s name showing up on passenger manifests on the infamous ‘Lolita Express’ goes out of their way to draw connections between Epstein, Trump and Mar-A-Lago, despite exactly zero evidence of Trump having flown on any of those trips. In fact, an Epstein biographer said this about their relationship: VIDEO: Trump BANNED Epstein From Mar-A-Lago — Someone Tell CNN

Now the Bill Gates connection to Epstein is said to play a role in why Melinda is now divorcing him. 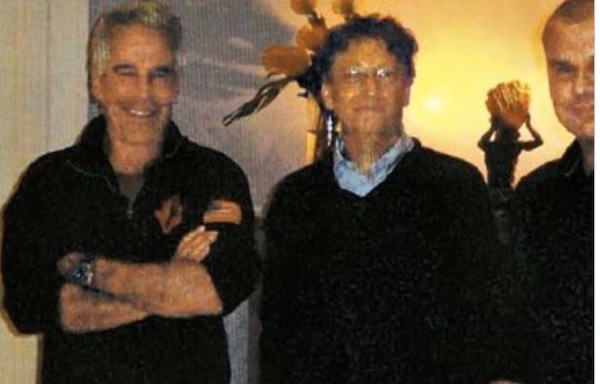 Neither Bill nor Melinda revealed yet what led to the split. But a report that Melinda had been upset at her soon-to-be ex-husband’s connection to convicted sex offender Jeffrey Epstein is speculated to be one of the main reasons, the Journal reported.

With the Gateses now splitting up, sources told the outlet that Bill’s friendship with Epstein – who had already pleaded guilty to soliciting an underage girl in 2008 when the two first connected in 2011 – “still haunts” Melinda Gates.

According to the outlet, the couple met with Epstein in New York City at his Upper East Side mansion in September 2013. Sources told the Daily Beast that soon after the meeting, Melinda told friends of her discomfort during the encounter. Several people close to the couple reportedly said she was “furious” over her husband’s relationship with Epstein.

Newsweek put together a timeline of Bill’s relationship with Epstein, going back to 2011.

We don’t really expect the media to ride this story for all it’s worth. After all, they see Gates as one of the ‘good guys’ — a fellow traveler in their greater project of pushing a particular political view of the future, a humanitarian bankroller of an agenda and vision they have fully bought into.

The media will report stories when they HAVE to, but when it suits them to spike a story that helps their friends — or move along quickly like there’s nothing to see here — they are happy to do so.

We saw it with the Project Veritas expose of a news network burying an interview where an accuser laid everything about Epstein on the table, in an expose that named names. (The wrong names.)

This is one data point that can be seen as part of a larger pattern.

Look at how they covered other scandals through partisan biases.

Harvey Weinstein, for example, abused people sexually with impunity, but still hobnobbed with all the pretty people and politicians who hung on his every … dollar. And they buried his story until after Hillary became a political non-entity, and mistreatment of women became a cudgel that looked promising against Trump.

One dead black lover in (Democrat Billionaire and rain-maker) Ed Buck’s apartment was not enough to convict him. It took a second incident, plus another OD incident (and diary entries about how Buck used his wealth to ply poor black men into drug-fueled sexual servitude, and high-risk behavior that cost two men their lives) together with public outcry before he was finally charged with a crime.

Buck was a friend of Hillary Clinton, among other well-known Dems. But you won’t find much reporting about that.

But the biggest fish among the gazillionaire movers and shakers is that guy who died in prison under sketchy circumstances. The cameras were broken. Security was caught napping. No cell checks were done. And the autopsies left some significant open questions. A story whose connections eventually cut one guy out of his place in the British royal family. Possibly the catalyst for Gates’ marriage failing as well.

Politics, power, wealth, and influence. When those forces start to swirl together in the blender, there’s no telling what’s going to come out of the spout.

But generally speaking ‘people of character doing the right thing’ is NOT on the menu.