Kansas legislature and Governor Laura Kelly have very different ideas about how to handle the Second Amendment. Like many disagreements, not everyone gets their way. Here’s how that played out.

It wasn’t a question about for or against gun ownership generally. Both sides considered themselves supporters of the Second Amendment and concealed carry.

It came down to a question of what age that right should kick in at, whether it should take effect at 18 or at 21.

Kansans as young as 18 years old could carry concealed firearms, under a bill that moved one step closer to becoming law Thursday.

On a 30 to 8 vote, the Senate approved a bill to lower the minimum age to carry a concealed weapon from 21 to 18. It would also make valid in Kansas any concealed carry licenses from other states.

On Thursday night, the Kansas House approved the Senates amendents to the bill sending it to the Governor’s desk. — KC

“We can respect and defend the rights of Kansas gun owners while also taking effective steps to keep our children and families safe,” she said in her veto message “Legislation that allows more guns on campus is neither safe nor effective, and it will drive prospective students away from our schools.”–KCStar

Many contributors to ClashDaily over the years have made precisely the opposite argument, in that gun-free zones are considered soft targets by bad guys wanting to do maximum harm with minimum risk.

It took only about 5 minutes of debate for Republicans to put together the 84 votes to override the Governor’s veto of the bill.

“The governor in her message indicated that she has always supported the Second Amendment. Well, I find that hard to believe sometimes, because we already have 18-year-olds that can carry a gun (openly) in the state of Kansas,” [Rep John] Barker said. “This requires them, if they’re going to carry a concealed weapon, to get training and to get a permit and to have a background investigation.

“I think that’s a positive move. Any time people can get training, that’s a good thing.”

He said the law started out as a way for Kansas to honor out-of-state concealed-carry permits, including those from states that already allow 18-20 year olds to carry. “So they would be able to carry in the state, yet a Kansas resident would not be able to carry at that age,” he said. —KCStar

The Quality of Mercy – Soldiers of These United States
May 10th, 2021 TCP News 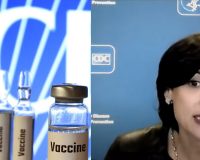 Baltimore’s experiment with de-policing has been disastrous — and deadly
May 10th, 2021 Liberty Unyielding 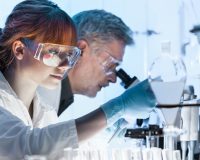 Biden to Spend Millions in ‘Science’ Grants for ‘Racial Equity’
May 10th, 2021 Flag And Cross 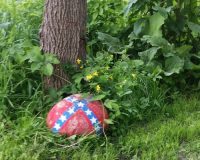 Could A Confederate Flag Painted On A Rock Cost One Mom Custody Of Her Kid?
May 10th, 2021 Clash Daily