For four years, what did we hear about ‘Orange Man Bad’ — he’s going to shoot off his mouth, and blunder the nation into war.

Well, not only did that NOT happen, but peace was breaking out all over the Middle East and the former Yugoslavia.

What’s more, temperatures with Little Rocket Man had come way, way down from those bellicose calls to war he had been giving.

But elections have consequences, and we’ve got a new administration and the Foreign Policy that comes with it. 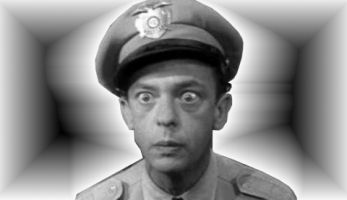 Last week, Biden, in his first address to Congress, called North Korea and Iran’s nuclear programs “serious threats” to American and world security and said he’ll work with allies to address those problems through diplomacy and stern deterrence.

“His statement clearly reflects his intent to keep enforcing the hostile policy toward the DPRK as it had been done by the U.S. for over half a century,” Kwon Jong Gun, a senior North Korean Foreign Ministry official, said in a statement. DPRK stands for the Democratic People’s Republic of Korea, the North’s official name.

“It is certain that the U.S. chief executive made a big blunder in the light of the present-day viewpoint,” Kwon said. “Now that the keynote of the U.S. new DPRK policy has become clear, we will be compelled to press for corresponding measures, and with time the U.S. will find itself in a very grave situation.”

Kwon still didn’t specify what steps North Korea would take, and his statement could be seen as an effort to apply pressure on the Biden administration as it’s shaping up its North Korea policy. — ABC

Maybe Korea’s figured out what the rest of us have noticed, that Joe is a paper tiger who, if Iran is any indication, would rather appease his foes than stare them down.

Joe has already failed tests of diplomacy with China and Iran — why should North Korea take him seriously?

Dr. Fauci Admits His Mask Wearing Stance Two Months Ago Was All About Optics
May 18th, 2021 The Lid

Rep. Cori Bush alleges she was cured of COVID by faith healer over the phone
May 18th, 2021 Liberty Unyielding