In sports, it’s called ‘working the refs’. In politics, it’s tilting an election. In either case, is the desperate tactic of someone afraid of a fair fight.

The Democrats are working hard to gin up their gaslighting machine, but the public has wised up to some of their tactics, and even the people who called Voter ID ‘racist’ just a few months ago have moved the goalposts on that issue.

It turns out that the public is smart enough to understand that election ID is not such a bad thing after all. It was not so long ago, that the whole world celebrated a creative way to make it ‘easy to vote and hard to cheat’. 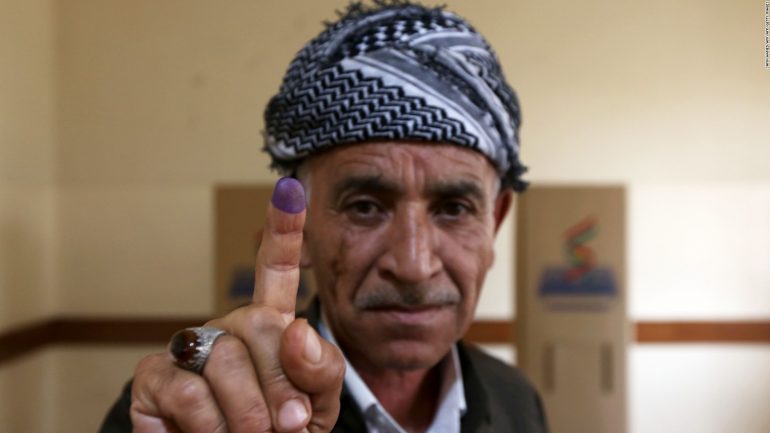 Now that similar efforts are being applied to tighten up security gaps in American elections, Democrats are panicking. This isn’t mere speculation. This is coming from the mouths of Democrats themselves.

Politico — who make no effort to hide their leftward political leanings — have sounded an alarm.

Democrats in other states where similarly restrictive voting laws have passed are coming to the same conclusion. Interviews with more than three dozen Democratic elected officials, party operatives and voting rights activists across the country reveal growing concern — bordering on alarm — about the potential impact in 2022 of the raft of new laws passed by Republican legislatures, particularly in some of the nation’s most competitive battleground states.

“I’m super worried,” said Max Wood, founder and CEO of Deck, a progressive data analytics company that analyzes voting behavior. “I try to be optimistic, and I do think there are times when this kind of stuff can galvanize enthusiasm and turnout. … But I don’t know that that will be enough, especially with how extreme some of these laws are.”

Democratic efforts to model midterm turnout under the new laws remain in their infancy. But even without a sophisticated understanding of the practical effect, there is widespread fear that the party isn’t doing enough to counter these efforts, or preparing for an election conducted under, in some instances, a dramatically different set of rules governing voter access.

“If there isn’t a way for us to repeat what happened in November 2020, we’re f—ed,” said Nsé Ufot, CEO of the Stacey Abrams-founded New Georgia Project. “We are doing what we do to make sure that not only our constituents, our base, the people, the communities that we organize with, get it. We’re trying to make sure that our elected officials get it as well.” — Politico

What they fail to explain is how these ‘dangerous’ laws actually make it harder for any lawful resident to cast a ballot for the candidate of their choosing. Delaware’s current laws are significantly more restrictive than many of the changes being introduced in battleground states. And yet nobody’s calling Delaware ‘unfair’.

The one thing they DO accomplish is make it harder to use some of the dirtier tactics in politics. There were plenty of people on social media complaining that they had ballots arrive at their address that they should not have received. If even a portion of the recipients were tempted to have voted for ‘their guy’ on those extra ballots, it could explain many instances of voter duplication.

While it is too late to change the outcome, we have learned that, in Georgia alone, there were enough ballots cast by people who were no longer legal residents of the state that it exceeded that state’s margin of error for the Presidental candidate.

That would present a clear example of the large-scale election fraud we are not allowed to talk about.

That doesn’t even scratch the surface of other irregularities that may or may not have proven significant enough — taken together — to flip enough battleground states for Biden to change an outcome. Things like batches where the official tally (100% Biden) does not match the actual ballots, or batches of ballots counted multiple times. (These too, are election fraud.)

Besides these are the allegations made in Ilhan Omar’s district where political agents were collecting ballots from voters. This was exposed in the runup BEFORE the election, in September.

For patriotic Americans who want a free vote and a fair fight, security gaps like these are a threat to democracy.

For anyone who has been exploiting these security gaps as a slick way to get their grubby mitts on political power, introducing countermeasures to close these gaps threatens their livelihood.

Publicly, we are told that this was the very most free and fair, and amazingly secure election anyone has ever held in all time — or something.

Interestingly, we were solemnly told this undeniable fact by the same people who assured us that Hillary Clinton and Stacey Abrams were the rightful winners of their respective contests.

But we know what they’re saying among their friends and allies, because Politico just told us.

If that’s not an admission of guilt, what is it?