So, the reason so many conservatives were chased off social media was that they were being described as ‘dangerous sources of misinformation’, right? So what about these videos of Democrats doing exactly the same thing?

We are not supposed to say anything that might put the voting machines in a bad light, or make someone question their absolute inviolate dependable reliability. Isn’t that so?

When someone even mentions a certain brand name of voting machines, the Big Tech censors scramble and go into high alert.

Does that reaction have more to do with the words being said or the party affiliation of the people saying it? After all, the Biden White House is practically stacked to the rafters with Big Tech crossovers acting as ‘advisors’.

Let’s have a look.

Here are a bunch of people with a ‘D’ after their name saying some things about *that* voting machine that Republicans could never get away with saying now, no matter what evidence you might produce to back up your claims.

Here are Democrats in 2018 saying everything Mike Lindell says about voting machines pic.twitter.com/IFZ2sEhmZ9

What about vaccine efficacy?

Republicans are being blamed for ‘politicizing’ vaccines and undermining the public confidence in their efficacy. This is the sort of Misinformation that Jen Psaki was asking Facebook to Flag.

Where were those same deep concerns about integrity and science in the runup to the election? Should Facebook and the rest be censoring the Biden Administration, just to be consistent with their policy?

And what about the infamous ‘Love Gov’ the fawning media just couldn’t get enough of? Should he shoulder some of the blame in the vaccine hesitancy? 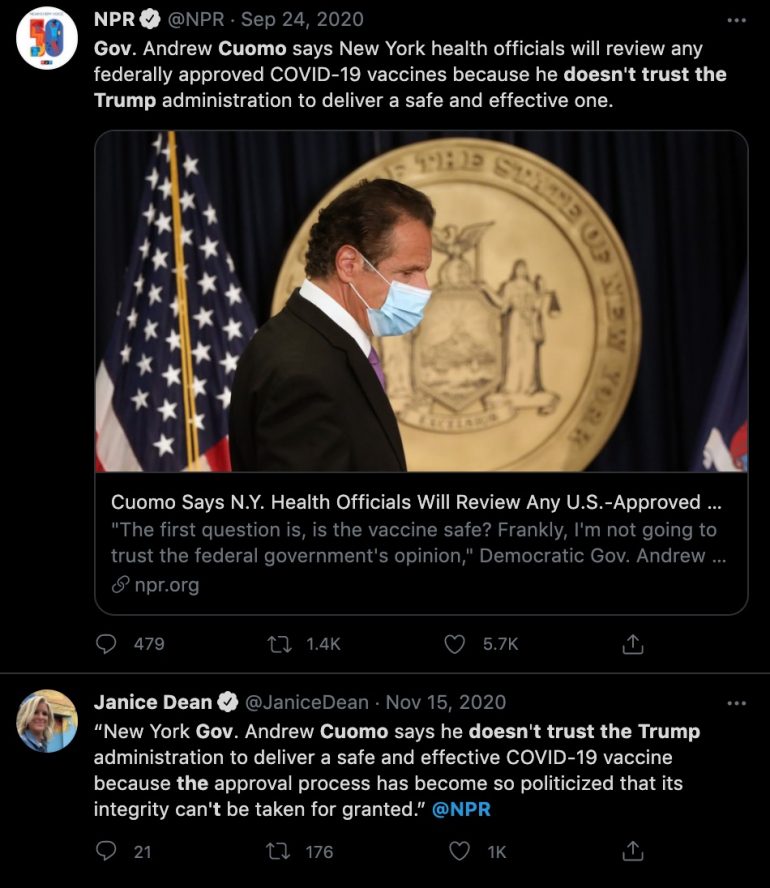 Remember when Democrats were outraged by the protesters storming the Kavanugh hearings, intimidating elected officials, and interfering with their role in government? Surely they wound up in solitary confinement, facing lengthy criminal sentences just like the January 6 crowd, right?

Of course not. It was never about the actions themselves, it was always about how those actions could be used to hurt political rivals.