There is a kind of pragmatism that comes from not having ready cash (or an ‘unlimited’ national credit card) to bankroll the latest new shiny solution for every problem.

In their case, entire nations are forced to do what the rest of us have done at the family level. Weigh the cost/benefit ratios of readily available options, and pick the tool best suited to the task.

Botswana, like so many other places was getting hammered with Xi’s viral gift to the planet, and they can’t afford fancy new several-thousand-dollar-a-patient meds to deal with their crisis. They’re looking for ideas that deliver results without breaking the bank.

Doctors there have broken with the so-called scientific consensus, and are embracing a solution that has shown promise elsewhere — India, for instance — despite the ongoing campaign of influential people with fancy job titles to discredit it. 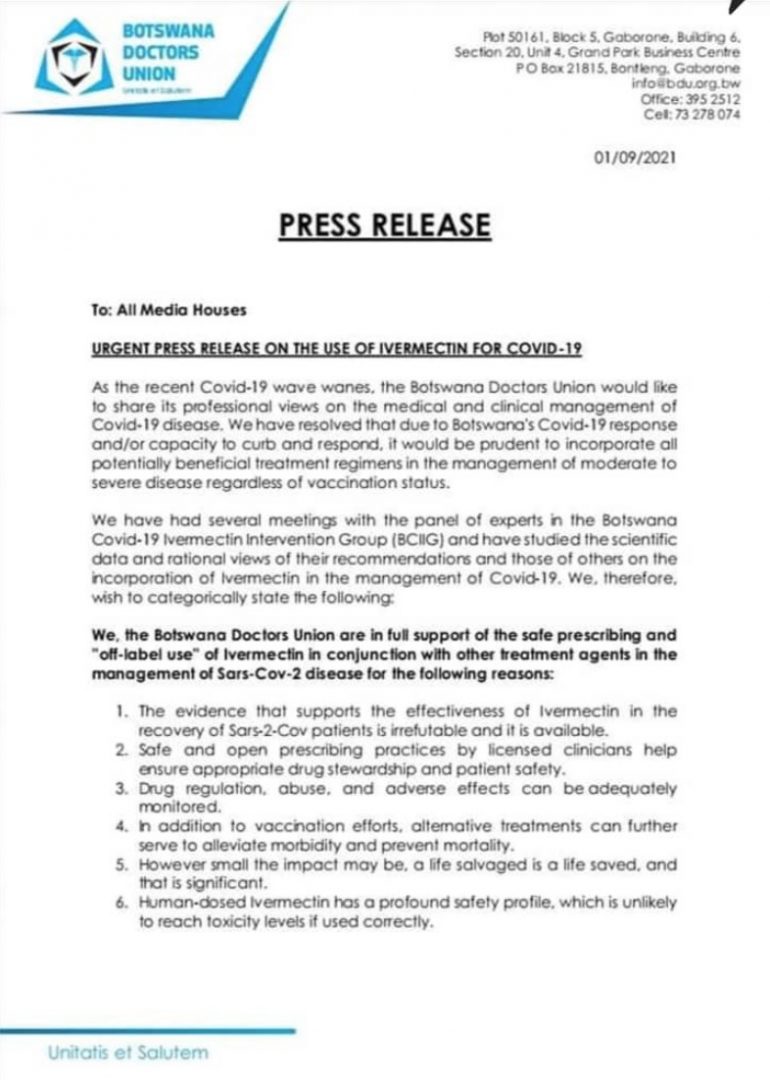 Rather than just accepting the pronouncement of some consensus group of medical experts — the same group of experts that resolutely denounced anyone suggesting that the CCP virus could have leaked from a lab, and who have a disturbing pattern of recycling Chinese Communist Party official talking points… including downplaying the spread of human-to-human transmission into the middle of January 2020.

WHO Lied: China Never DID Tell Them About Wuhan Coronavirus
Dr. WHO: 5 Disturbing Facts About Dr. Tedros Adhanom, Director-General Of The World Health Organization

Rather than take any dubious political entity’s say-so just because they had official titles and lab coats, these doctors did a very science-y thing and examined the evidence for themselves. From that evidence, they did something else you might see in old-school science. They drew an inference.

They didn’t have to worry about which pharmacies stand to make billions in profit off an expensive vaccine administered to billions around the world making it effectively the world’s largest subscription service, and therefore, the world’s largest cash cow once boosters are factored in.

They looked at the evidence themselves and despite all the recent hype of Ivermectin being a medication used by veterinarians (as though there aren’t countless medications routinely used by doctors and veterinarians alike).

Their ‘medical consensus’ has gotten together to release a decision of their own. These doctors are convinced that the off-label use of Invermection is an appropriate treatment for their patients to help improve the survival rates of a sometimes serious illness.

Here’s a closer look at their rationale… 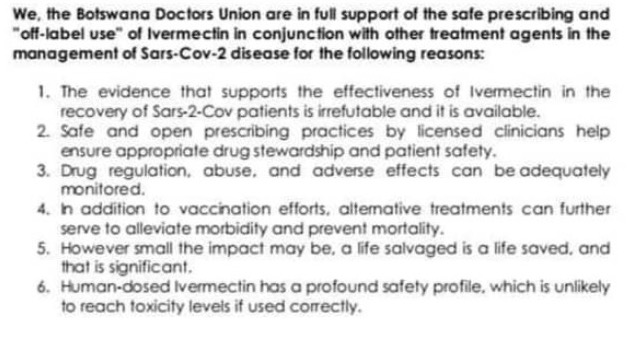 Why might they suspect that the judgment of our betters in places like the WHO, the CDC, or the FDA isn’t quite 100% reliable? Well, this might qualify as a clue…

We should all go back to screaming about veterinarians on social media, eh?