For a guy that we’re told squared away 81 million votes just a few months ago, the crowds don’t seem to think much of old Joe, do they? Trump on the other hand…?

To say ‘the honeymoon is over’ for Joe is an understatement.

Even the media have been forced to admit some of the carnage that Joe’s administration is leaving in its wake. Examples include Afghanistan, inflation numbers, and his botched response to COVID. Those are the stories they AREN’T burying.

Now, some recent public appearances, we’re getting to see some unfiltered crowd reactions to Biden — and that predecessor of his he so desperately tries not to name.

Biden booed at the 9/11 memorial. pic.twitter.com/Gr8pv4KSH8

‘You’re a mutt for what you did in Afghanistan!’

As compared to the reception Trump got.

Every Senior ranking Democrat politician starting with Biden, to include former Presidents Clinton and Obama, came to Ground Zero today for their photo op.

Only one former president stopped to visit with cops and firemen… President Donald Trump. pic.twitter.com/bbfgXRGiBz 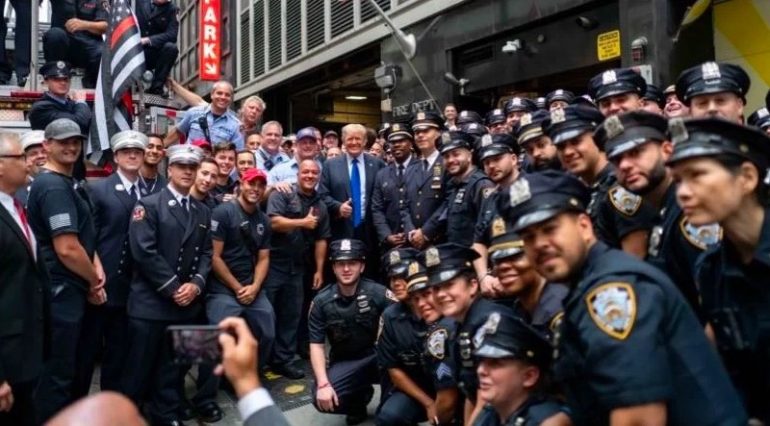 At a college football games, Biden is getting jeers…

While Trump got cheers at the Holyfield vs Belfort fight…

Watch. This is amazing. pic.twitter.com/hq2IsEcPGs

Mr. ‘No Malarkey’ seems to have some trouble reconciling himself to the reality of what people really think of him.

Joe is becoming the Rodney Dangerfield of presidents. Here he is getting trolled by kids… 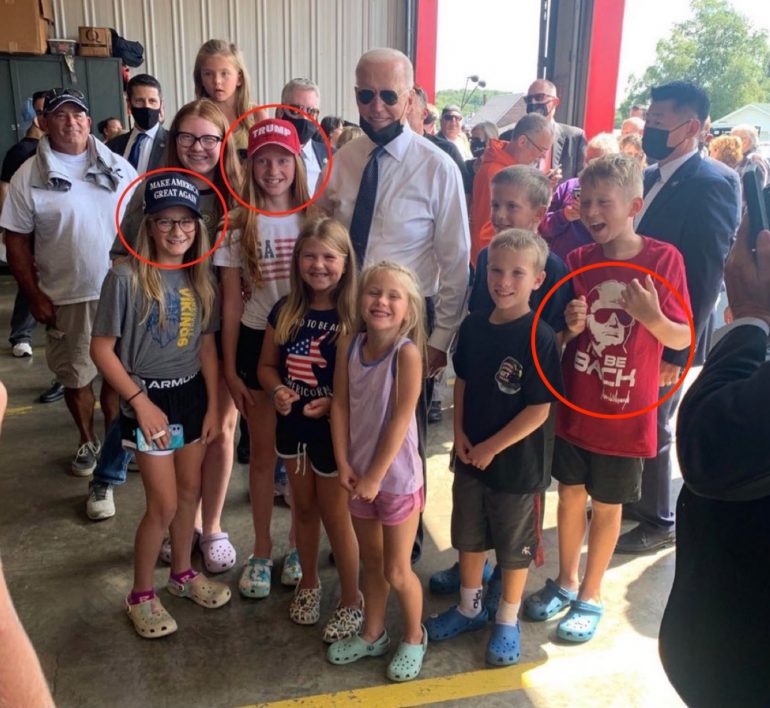 Notice anything interesting about their hats? LOL.

Joe didn’t seem to notice. He’s probably excited to be so close to kids again.

Why is Joe pulling his mask down when he’s around kids when he keeps warning us that the deadly plague is still spreading? Sniffing children must be worth the risk.

Being scorned by the public must be bad enough, but hearing those ‘we love Trump’ cheers about he-who-must-not-be-named? That must be absolutely unbearable.

The content of this book, The Art of Joe: The Political Brilliance of President Biden, is a direct reflection of what’s inside Joe Biden’s brain namely, nothing. The chapter, Notable Quotable Joe should be read aloud at MAGA parties from coast-to-coast.