Israel was lauded for its rapid, common sense vaccine rollout. Now, it’s giving third-doses to everyone 12 and up and expecting that residents are to be quadruple-jabbed.

Israel is currently dealing with a wave of the highly transmissible (though less deadly) Delta Variant, largely among the fully-vaccinated.

Salman Zarka, Israel’s national Coronavirus Czar, said that the country needs to prepare for a fourth vaccine dose in the coming months to provide better protection against the so-called “Variants of Concern.”

‘Given that that the virus is here and will continue to be here, we also need to prepare for a fourth injection,’ he told Kan public radio.

‘This is our life from now on, in waves.’

Last month, he told The Times of Israel that people should expect to receive more vaccines to deal with new variants.

‘It seems that if we learn the lessons from the fourth wave, we must consider the [possibility of subsequent] waves with the new variants, such as the new one from South America,’ he said at the time.

‘Thinking about this and the waning of the vaccines and the antibodies, it seems every few months — it could be once a year or five or six months — we’ll need another shot.’

He added that he expects Israel to be given out vaccines that had been specially adapted to cope with different variants of the virus by late 2021 or early 2022.
Source: Daily Mail

So, when does this cycle of vaccination end? Are four jabs enough in one year? How about five? Six? Ten? Do you have to have a new vaccine every six months to live your life?

The vaccine fanatics must be elated! To those who said, “it’s just two shots, what’s the big deal?” and dismissed what those of us who oppose vaccine passports said that it would cause a segregated society and would mean an endless regimen of vaccines… told ya so!

John Ziegler, Senior Editor at Mediaite tweeted that although highly-vaccinated Israel isn’t doing so well right now, there’s another country that seems to be doing just fine so far.

Here are the screenshots from Worldometer that he posted. They certainly tell a story… 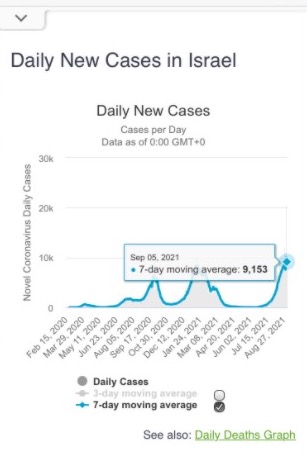 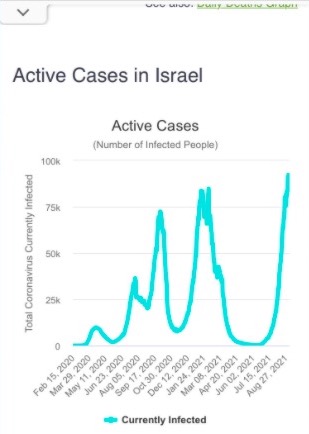 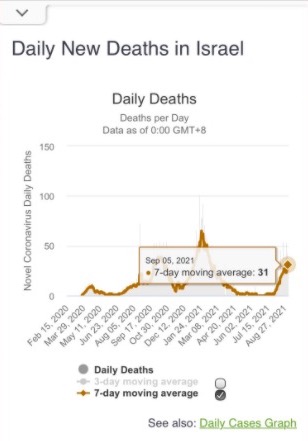 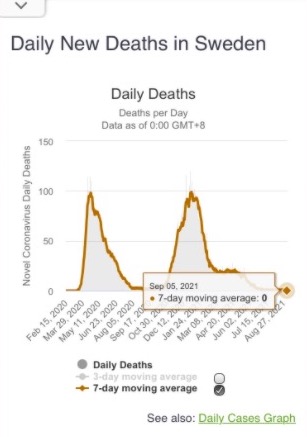 It seems that there’s a choice here — endless jabs or we learn to live with this virus and protect the most vulnerable.

The left anywhere in the world doesn’t seem to want anyone doing the latter.