If you thought Andrew Cuomo could mismanage a crisis like a maestro, just wait until you see his understudy in action!

If there’s one person you don’t want to be in New York, it’s a COVID hero.

First, there was the way they were treating first responders. How quickly we went from lighting up buildings to thank them, to defunding their departments and refusing to prosecute violent mobs who attacked them.

Forget the fact that they bore the brunt of the exposure risk and had endured some serious infection casualty levels when the virus was at its most dangerous and least understood phase.

Now we’re seeing the same hero-turned-villain shift for the health care workers. Remember when everyone who worked in hospitals received a standing ovation from nearby apartment buildings as they arrived for shift, or started home?

Well, there’s a new sheriff in town, and Cuomo’s successor wants everyone to know who’s boss.

Many of us may not have had a chance to get to know her name yet, but we all will soon enough.

After all, Kathy Hochul is picking a fight with the hospital staff over the vaccine issue.

Because, naturally, those who have been working on the front-lines since the beginning of the pandemic need it explained to them what the true risk profile is of that virus from Wuhan.

Our politicians have so much more perspective than the exact people who have been caring for the ill since the beginning.

How long will it be until she regrets this decision?

Especially since BLM has already started calling these bans ‘racist’. Or has she already forgotten what a significant portion of both the health care field and vaccine-hesitant populations happen to be non-white?

She’s about walk into a minefield. She should mind where she steps.

Here are a few responses…

That meme just about nails it. Here are some others…

I do appreciate the sign in the back though. Couldn’t have said it better myself. pic.twitter.com/36Q10GS53P

(Speaking of the sign, some images photoshopped a ‘t’ across her face… for some reason or other.) 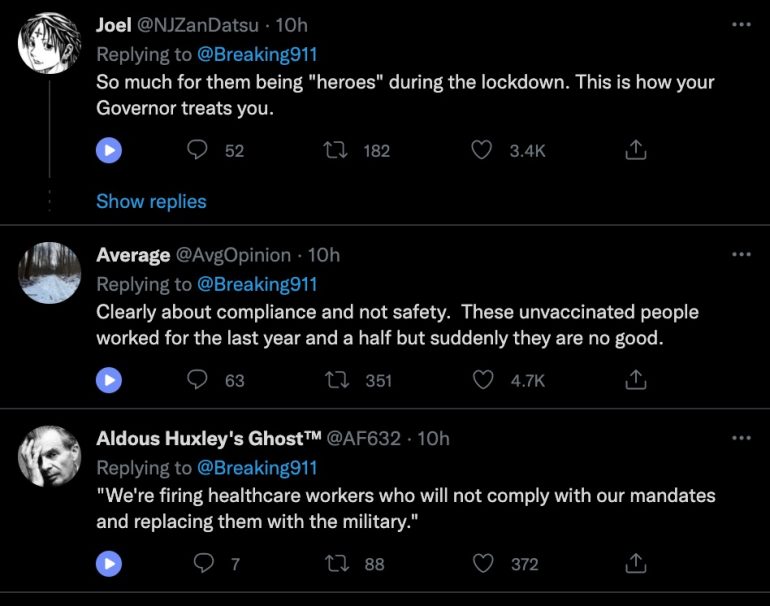 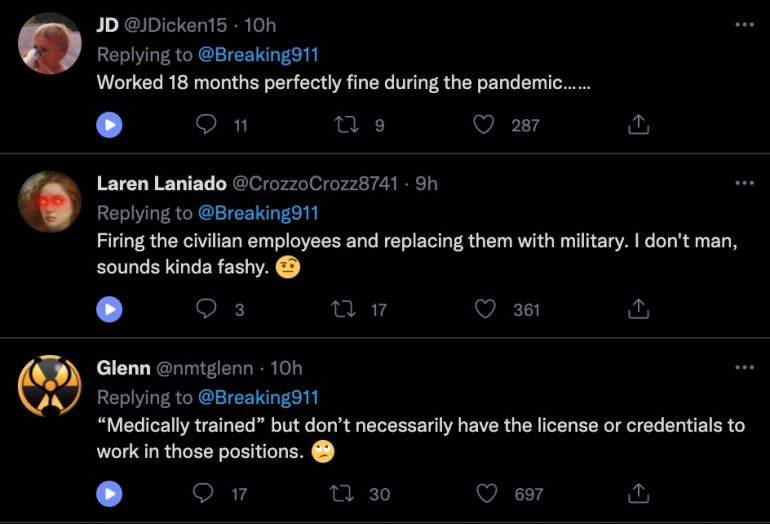